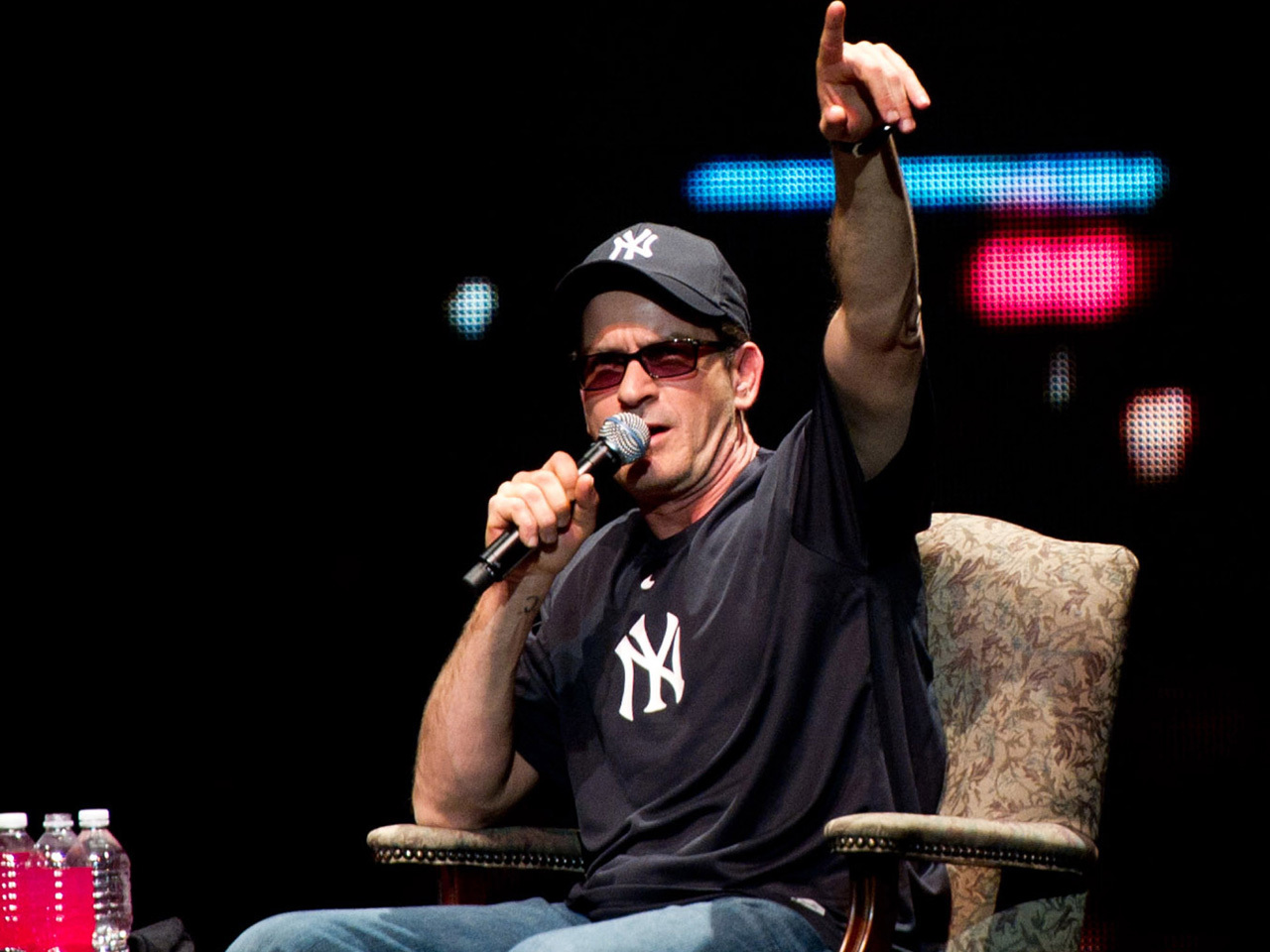 (CBS) There isn't much point in reviewing or criticizing Charlie Sheen's Friday night performance in New York at Radio City Music Hall. By now, we know what we're going to get and we know it's terrible. We've been watching his slow death knell on stage all week.

What is interesting is watching the audience turn on Sheen.

After taking the stage 34 minutes late - maybe to make sure the crowd was plenty liquored up - Sheen told a few stories (sort of - a lot of them trailed off and didn't end). He made a few cheap references to New York to get the crowd going and he had dubious help from his interviewer/producer Joey Scoleri, who was never properly introduced but still felt the need to tell the crowd to shut up so Sheen could talk.

Sheen's Sunday night show reportedly was much better, with surprise appearances from Daryl Strawberry and "Inside the Actor's Studio" host James Lipton. But nothing could save Friday's fiasco.

Ten minutes into the evening Friday Sheen was able to spew this nonsense - about the night he allegedly trashed a room at the Plaza Hotel in New York last October - and not get punched in the face by an audience member:

"It all started at the best f***ing restaurant in town. Daniel. That place rocks - their wine is possessed - where this gorgeous yet overpaid hosebag drank twenty grand worth of '66 Latour. It's a vintage Bordeaux, not some Napa Valley urine."

But after hearing some variation of the I-was-with-this-chick-and-then-I-banged-her story or the I-was-with-Nicolas-Cage-on-an-airplane-and-I-stuffed-a-bunch-of-blow-in-my-pants story for nearly an hour, the audience had had enough.

And when Sheen and Scoleri left the stage and the seven-minute "20/20" parody that anyone with Internet access can see at any time for free was shown on screen, the audience was really over it.

Sheen came back after the video aired and lasted another 10 minutes, maybe. He was booed. He was heckled (despite the "No Heckling" sign in the lobby). There were shouts of "You suck" and "You're losing!" Afterward, one guy walking downstairs from the mezzanine said, "I feel so ratty."

What stories did Sheen tell? It doesn't matter. It's hard to imagine that the opening show in Detroit, where he was reportedly booed off stage, could have been worse than the first night at Radio City. (Apparently it was worse in Detroit - sorry, Motor City.)

Of course, the joke's on us. Probably the last thing any reader wants is for the critic to come off all sage, but seriously, Charlie: Enough.

It's funny on YouTube for 3-5 minutes - or at least mildly amusing in a "Did he really do that?" kind of way. And it's funny for 140 characters on Twitter.

But for 65 minutes on stage in New York City, it's pathetic. And so are we for putting up with it.

There's your torpedo of truth.