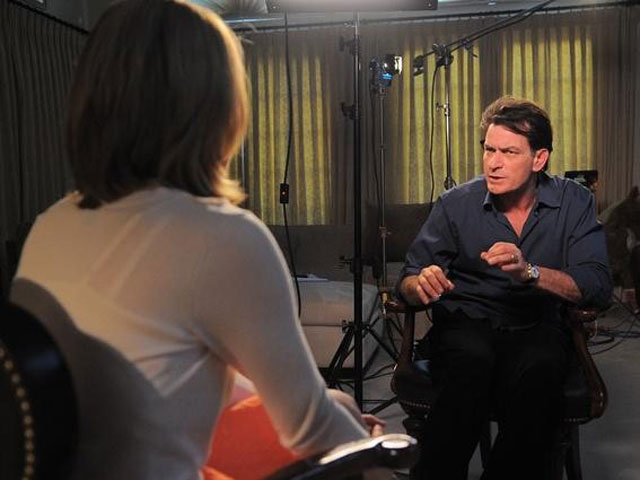 (CBS/AP) Charlie Sheen's new video (which you can watch below) sends up his "20/20" interview with new answers to Andrea Canning's questions, goofy editing trickery in which he changes Charlie Sheen slogan T-shirts a bunch of times and an inspired pseudo-performance of REO Speedwagon's "Take it on the Run."

In fact, you're probably better off skipping the first five minutes until Kevin Cronin, Speedwagon's lead vocalist and rhythm guitarist, shows up with an acoustic guitar. The manic persona Sheen's been using lately works better when it seems like it's off the cuff, not when it's scripted.

Uploaded to YouTube over the weekend, the seven-minute parody intercuts his newly taped responses with questions posed by ABC News correspondent Canning in the widely viewed interview that aired last month.

As of this writing, the video has been viewed nearly 375,000 times on YouTube.