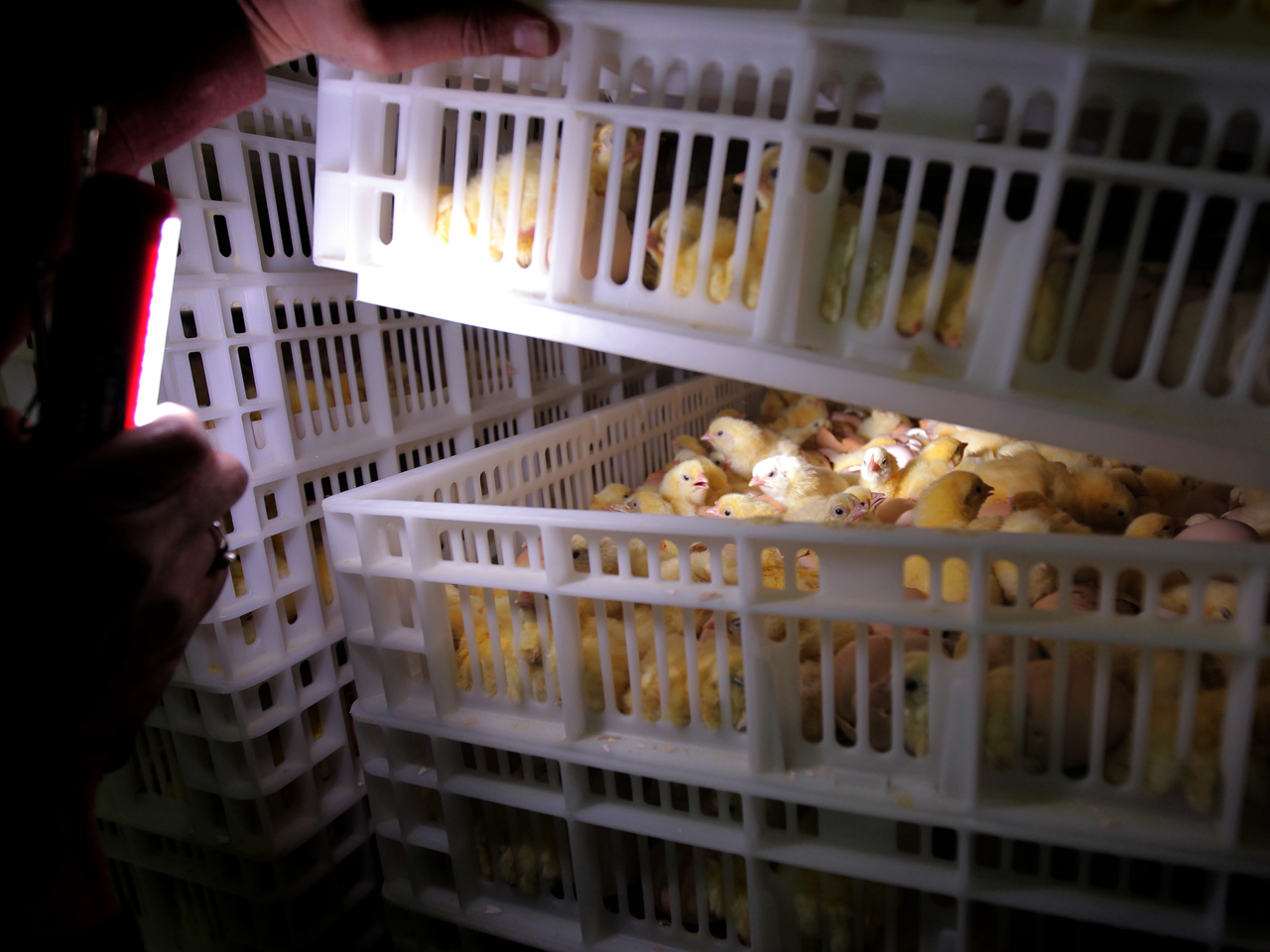 A New Mexico hatchery may be behind a salmonella outbreak that has sickened more than 300 people in 37 states, health officials said Monday.

The New Mexico Department of Health said in an Aug. 19 statement that the strain of salmonella was found in a duck pen at Privett Hatchery in Portales.

As of Monday, 316 people have been infected, including who have been hospitalized, the Centers for Disease Control and Prevention reported. No deaths have been reported.

Privett Hatchery supplies baby chicks, ducklings and other live baby poultry to feed stores and mail order customers throughout the country. A total of 113 feed store locations and 18 mail-order hatcheries associated with the outbreak have been identified, according to the CDC.

"The Department wants to remind parents not to keep live baby poultry in their homes," Department of Health Secretary Retta Ward said in a press release. "Any time anyone handles baby ducklings or chicks, they need to wash their hands thoroughly to reduce the risk of contracting salmonella."

The most cases have been reported in Colorado (37 infected), followed by Texas (32) Washington, and New Mexico (tied at 19 cases).

Ninety-seven percent of those sickened reported purchasing live poultry, and 81 percent had contact with a bird within a week of getting sick. Illnesses in outbreaks like these take about two to three weeks to be reported, according to the CDC, so some that occurred after July 22 may still not be accounted for.

Salmonella is bacteria that causes an infection, called salmonellosis, that typically lasts for about a week, bringing symptoms like diarrhea, fever and abdominal cramps within 72 hours of exposure. Most people will recover without treatment, but some -- including the elderly, young children and individuals with weakened immune systems -- may develop more serious illness if the infection spreads from the gut to the bloodstream.

About 60 percent of those sickened in the current outbreak are aged 10 and younger.

The health department says a salmonella infection could occur when parents keep the baby poultry inside the house and allow their small children to handle or snuggle them. If parents handled the birds outside, they may also carry the infection if they don't wash their hands properly, and indirectly give the bacteria to their kids.

"Salmonella can be present in the droppings of chicks and other baby birds, even though the animals themselves usually won't show signs of illness," Dr. Paul Ettestad, New Mexico's public health veterinarian, added in the press release. "This makes it easy for people to let their guard down, and that's when they run the risk of getting salmonella."

Privett Hatchery has taken steps to slow and stop the outbreak, according to health officials. Those include removing from sale poultry from the affected pen, giving a salmonella vaccine to all birds at the hatchery, decontaminating all eggs before they enter the hatchery and implementing cleaning and disinfection protocols.

"We are working with authorities at the New Mexico Department of Agriculture and Centers for Disease Control and Prevention as they continue their investigation into salmonella outbreaks, some of which may be linked to our hatchery," Privett Hatchery said in a statement on its website. "As always, we will focus on our responsibility to educate consumers on proper care and handling of the birds. Please remember, chicks purchased from any hatchery should be considered farm animals -- not pets -- and should be treated as such."

In March 2012, a CDC study published in the New England Journal of Medicine traced more than 300 salmonella infections from 2004 through 2012 to a single, western U.S. mail-order hatchery.

The CDC's website has more advice to consumers on this current outbreak.