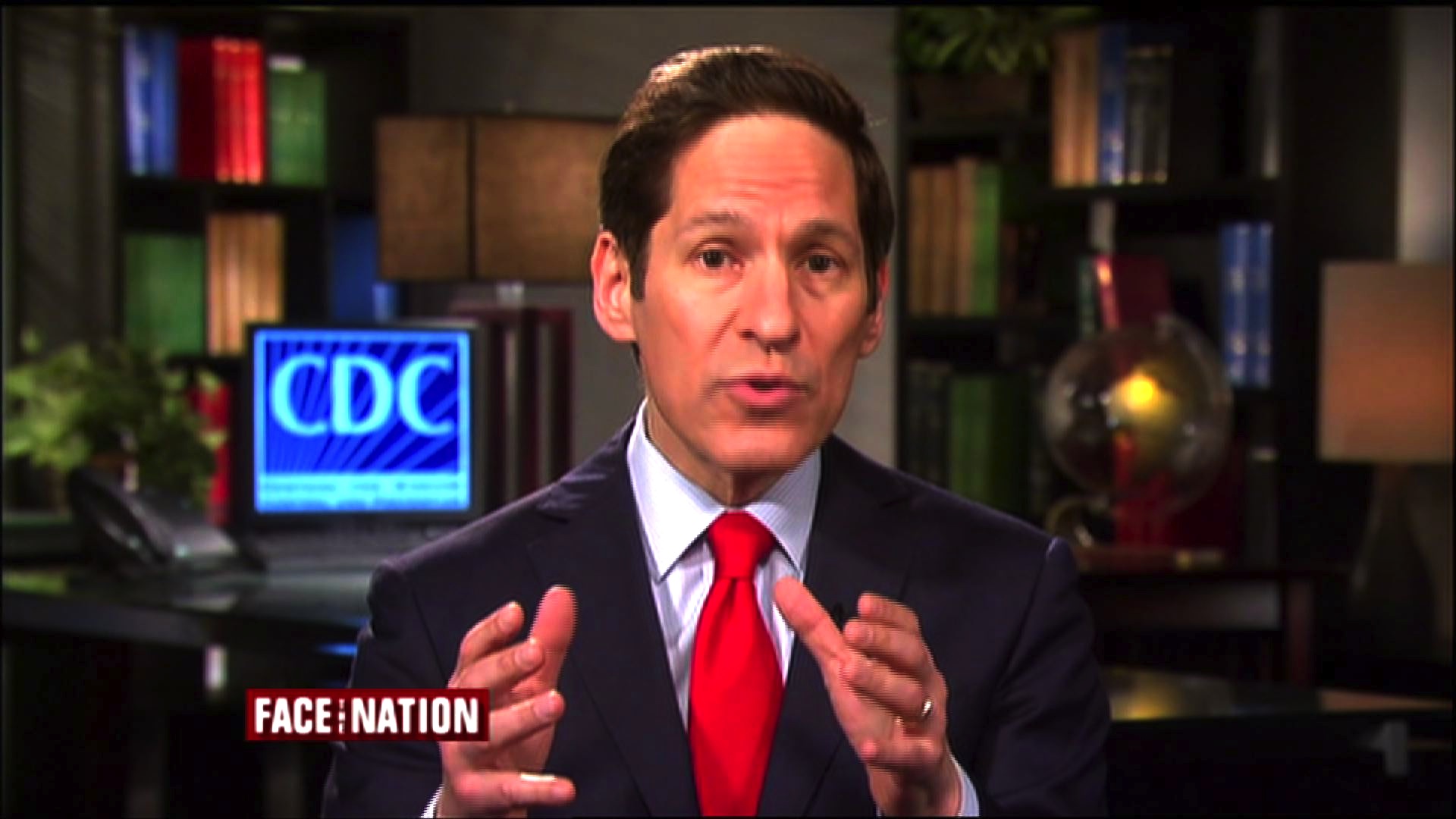 The director of the Centers for Disease Control and Prevention (CDC) said in an interview on CBS' "Face the Nation" that he is confident that the Ebola outbreak in West Africa can be stopped and likely won't reach the U.S.

"The plain fact is, we can stop it. We can stop it from spreading in hospitals and we can stop it in Africa [which] is really the source of the epidemic and where we're surging our response so that we can control it there," Tom Frieden said in an interview Sunday. He noted that the U.S. has helped stop every previous outbreak of the deadly virus, even though it's not easy.

Frieden said he was encouraged by the apparent improvement of Kent Brantly, an American doctor from Texas who contracted the disease in Liberia but arrived back in the U.S. on Saturday for treatment.

He said that he couldn't "predict the future" on whether Brantly would survive, but said that his signs of improvement - such as being able to walk out of the ambulance in his protective suit - are very important.

His wife and two children who visited him in Liberia are on a 21-day fever watch but Frieden said it is unlikely they are at risk of contracting the disease because they are not believed to have had contact with him when he was sick.

CBS News chief medical correspondent Dr. Jon LaPook noted that the disease can only be spread "by direct contact with body fluids and very specifically it is not spread through the air."

"If you're sitting across the aisle in a plane, in a subway from someone who is coughing you're not going to get it that way," LaPook said.

Both Ebola experts and the CDC say it is highly unlikely there would be an outbreak in the U.S., even though Frieden said it's possible there could be additional cases. He said the disease spreads so quickly in Africa because there isn't good infection control and because people often touch the bodies of Ebola victims during the burial process.

"It's not going to spread widely in the U.S. Could we have another person here, could we have a case or two? Not impossible. We say in medicine never say never. But we know how to stop it here," he said.

White House senior adviser Valerie Jarrett said she is not concerned about the arrival of several African leaders for a summit this week.

"We are working very closely...with the CDC. We're making sure that we're going to observe any necessary protocols for screening," she said. "But we're confident that the summit will be a huge success."

Frieden also said the CDC has taken steps to address the several cases this year where the agency mishandled samples of anthrax and avian flu.

"There were lapses in our laboratory. Fortunately, we identified them and reported them before anyone got harmed and before there was any release of anything into the community," he said. "But that really shows the importance of being meticulous with infection control. We're doing that in our labs now. We're working around the clock to make them among the safest in the world."