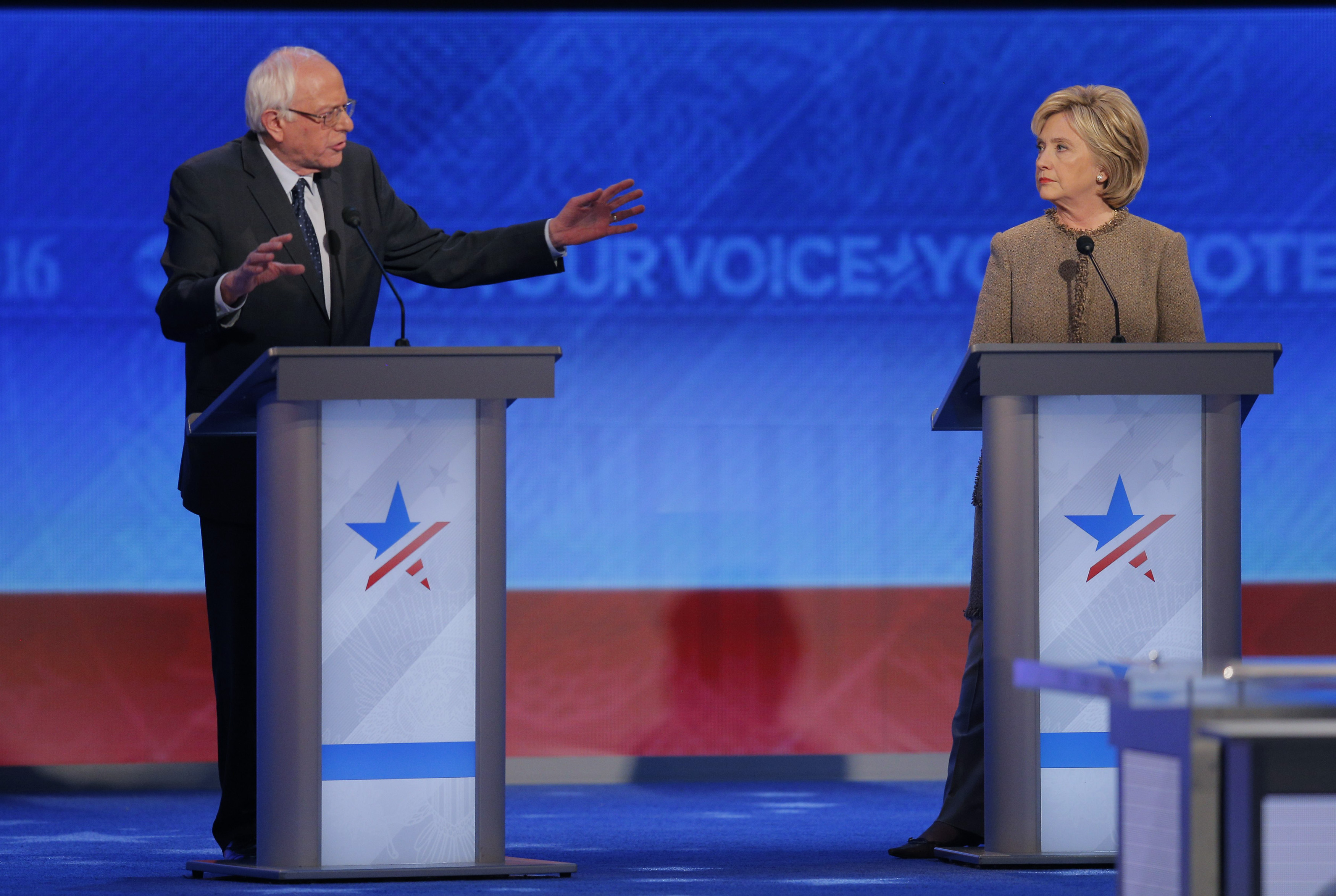 With less than a month to go before the first nominating contests, the national race for the Democratic nomination has tightened. Hillary Clinton continues to lead Bernie Sanders, but her lead in this national poll has shrunk since last month. Now, 48 percent of Democratic primary voters support Clinton, down four points from December, while Bernie Sanders' support has risen 9 points, from 32 percent last month to 41 percent now.

Clinton leads among women, moderates, Democrats, and voters over age 45. Sanders' support has risen notably among younger voters and liberals, and he now has a small edge among men.

But Sanders' support is softer than Clinton's. About half -- 49 percent -- of Democratic primary voters who are supporting Sanders say their minds could change about who to vote for, compared to just 37 percent of Clinton's supporters.

Overall, 83 percent of Democratic primary voters say they would support Hillary Clinton should she become the Democratic nominee. And while 72 percent of those who support Sanders would back Clinton, a quarter says they would not support Clinton if she is the party's nominee.

Nine in ten Democratic primary voters would also support Bernie Sanders if he wins the nomination. Among Clinton's supporters, just 12 percent would not support Sanders.

Former President Bill Clinton has been campaigning for his wife over the past few days - and Republican candidate Donald Trump has been critical of Mr. Clinton on the campaign trail. Most Democratic primary voters say the former president's involvement in his wife's campaign won't make a difference in their choice of a candidate, but among those for whom it does matter the impact is more positive than negative.

And while seven in ten Democratic primary voters have a positive impression of Bill Clinton, the former president is viewed more positively among his wife's supporters than among those supporting Sanders.

Most Democratic primary voters are confident in both candidates to be commander-in-chief of the nation's military, but far more -- 74 percent -- are very confident in Clinton than in Sanders (60 percent) on this measure.

By a wide margin, most Democratic primary voters expect Clinton (72 percent) to be the nominee over Sanders (17 percent).

Hillary Clinton recently received the endorsement of Planned Parenthood. More Americans have a favorable (43 percent) than an unfavorable view (25 percent) of the organization, although almost a third hasn't heard enough about Planned Parenthood to say.

There are stark partisan differences: Most Democrats view Planned Parenthood favorably, while half of Republicans hold an unfavorable view.

Fifty-seven percent of Americans think the federal government should continue to provide funding to Planned Parenthood, including eight in 10 Democrats and just over half of independents. Sixty-seven percent of Republicans disagree.

Women are more likely than men to view Planned Parenthood favorably and to say its federal funding should be continued.

This poll was conducted by telephone January 7-10, 2016 among a random sample of 1,276 adults nationwide, including 1,094 registered voters. Data collection was conducted on behalf of CBS News and the New York Times by SSRS of Media, PA. Phone numbers were dialed from samples of both standard land-line and cell phones.

The margin of error for the sample of 389 Democratic primary voters is 6 percentage points.