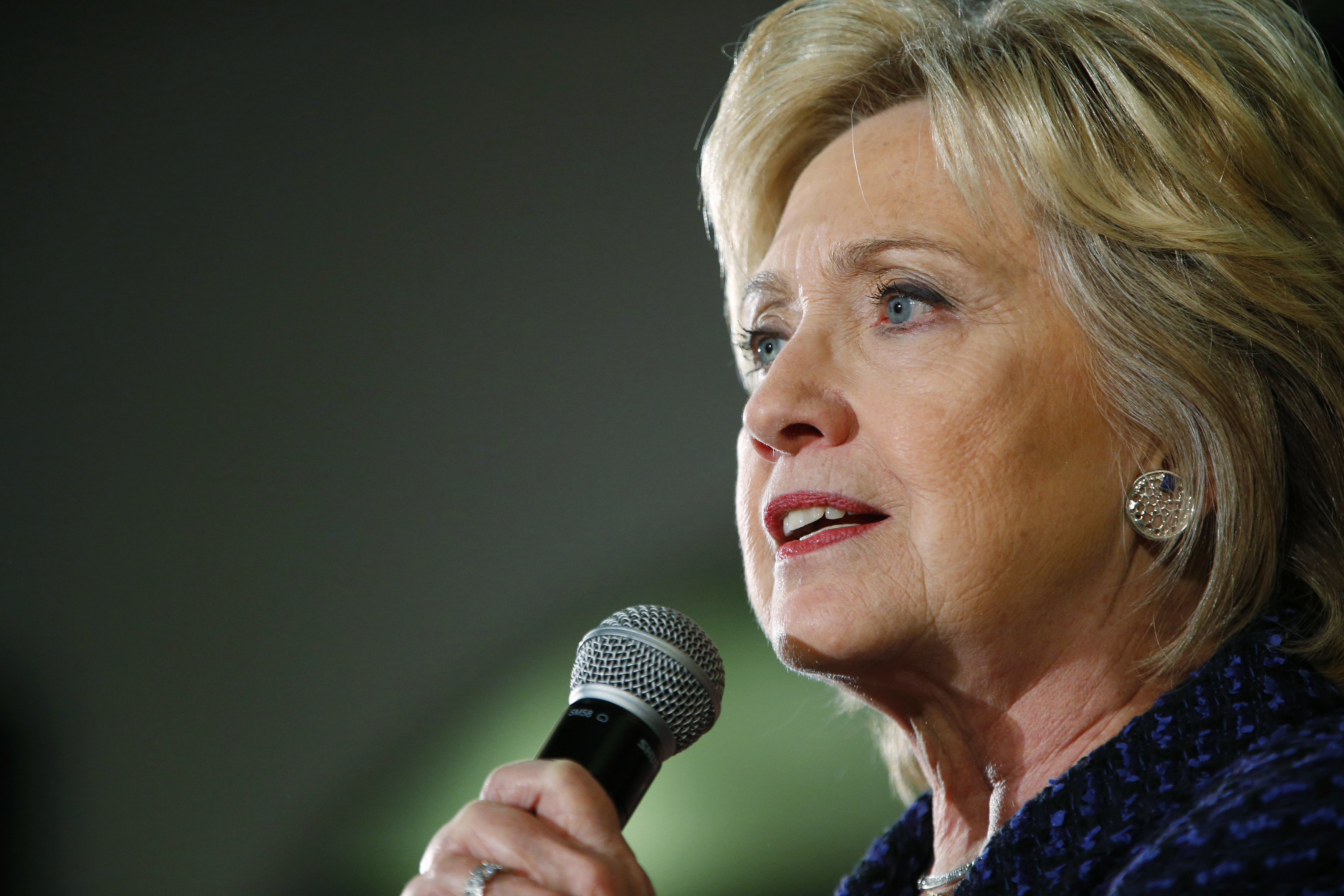 "We had enough of a fight just to get to the Affordable Care Act," she said. "I don't want to rip it up and start over, but I sure don't want to turn over health care to Republican governors, for heaven's sake."

Sanders, who was campaigning 140 miles away in Perry, has proposed a "Medicare for all," universal healthcare system that he says is long overdue in the United States. Clinton, who says she wants to improve the Affordable Care Act by bringing out of pocket costs down, called his plan a "risky deal."

"It could hurt more than help American families," she said.

Clinton's critique of Sanders healthcare plan comes on the heels of several days of heated back-and-forth between the two campaigns over gun safety. On Monday, Clinton continued to call attention to Sanders' 2005 vote for a law that gave immunity to gun makers and sellers from liability lawsuits.

"President Obama and I were both in the Senate and we voted no," Clinton said. "Senator Sanders voted yes. That is a big difference between us."

But the direct nature of Clinton's comments mark a significant change in the presumed frontrunner's strategy. She has, in recent weeks, been laser-focused on Republicans and their efforts, in her words, to "rip away" the economic progress that Obama has made. She traded that long view Monday for a short-term one.

"It's time for us to have the kind of spirited debate that you deserve us to have," she said.

An NBC/Wall Street Journal/Marist poll released Sunday showed Clinton just three points ahead of Sanders among likely Democratic caucus-goers, a lead within the poll's margin of error. Sanders quickly used the poll to point to his own "electability."

"Secretary Clinton is inaccurate in suggesting that Republican governors would be able to circumvent the law and deny implementation in their states," he said in a statement. "The bill Senator Sanders introduced was very clear. It is national legislation for all states."

Briggs recently accused Clinton of attacking Sanders out of nervousness about the upcoming caucus, which is exactly three weeks away. But asked to comment on the state of the race here, Clinton said she was "feeling great."

"You always have to work hard," she said, as she moved on to the next person on the ropeline, "and be running hard."