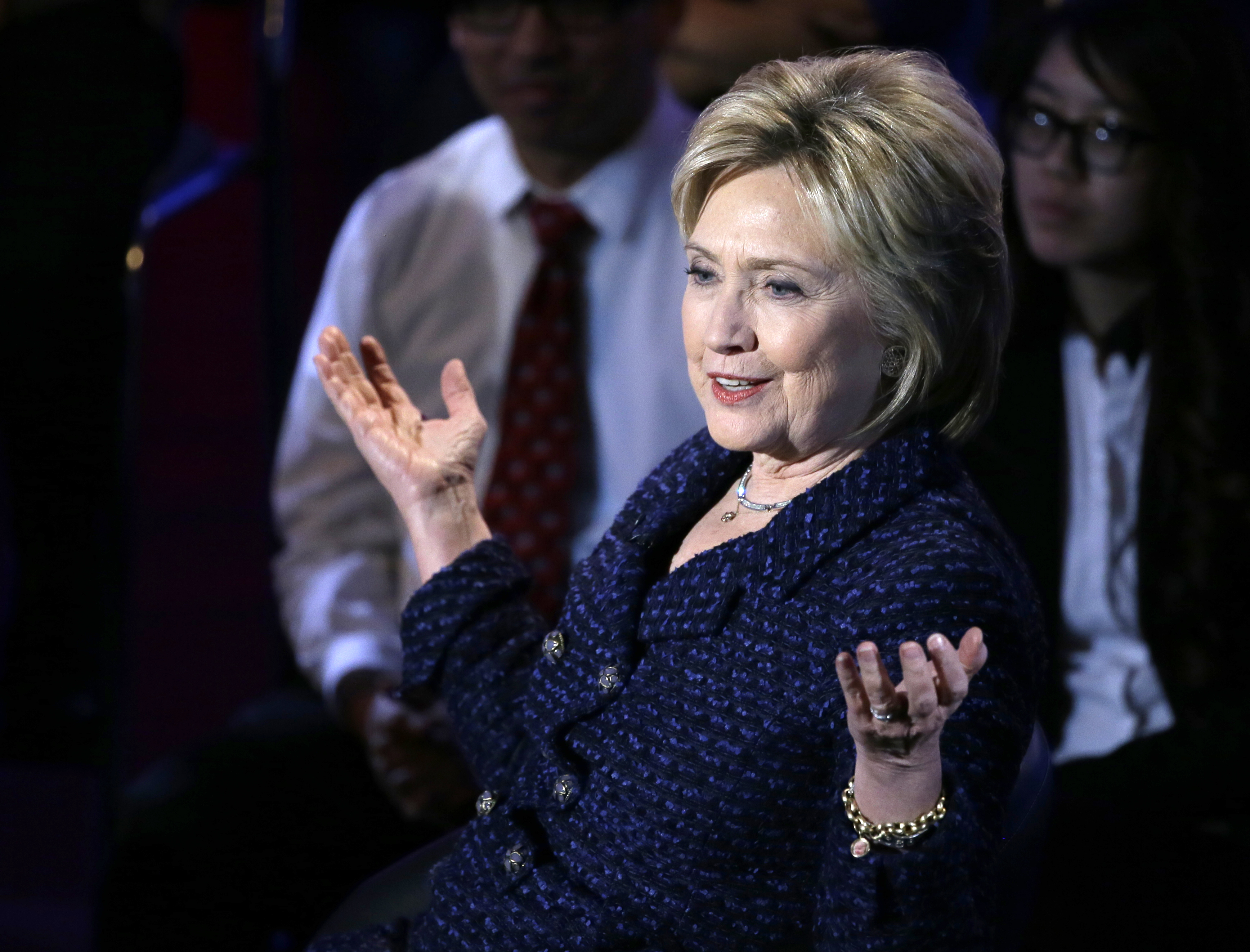 DES MOINES, IOWA -- Hillary Clinton denounced the Obama administration's deportation raids as "divisive" here on Monday night, and joined her rivals in the race for the Democratic nomination in calling for an end to the raids.

"I don't think the raids are an appropriate tool to enforce the immigration rules," Clinton said. "I think they are divisive. They are sowing discord and fear."

Clinton was speaking at the Iowa Black and Brown Forum, a two-hour nationally televised forum focused on minority issues. When Jorge Ramos, one of the event's moderators, asked her if she would be the next "deporter-in-chief," she said, simply, "No."

During the forum, Clinton released a statement through her campaign proposing the organization a "regional coalition" to respond to the "crisis" of Central American families fleeing violence crossing the southern border, with specific attention to children. She also called on Congress to "fully fund" the President's request for $1 billion in assistance to Central America.

Each of the Democratic candidates appeared separately at the forum and answered questions on a variety of issues, including gun safety, education and race relations, and participated in a short "lightning" round. On immigration, Ramos asked O'Malley if he was sending the wrong message by advocating for more open borders.

O'Malley was the first Democratic candidate to speak out against the raids and call on the Obama administration to extend Temporary Protected Status to those fleeing violence in Central America.

Sanders, who recently sent a letter to administration officials asking for the raids to be stopped, said that undocumented immigrants whose lives would be put in danger if they returned to their home countries in Central America should not be deported.

"We've got to protect those people," he said, adding that protection is at the heart of "refugee status."