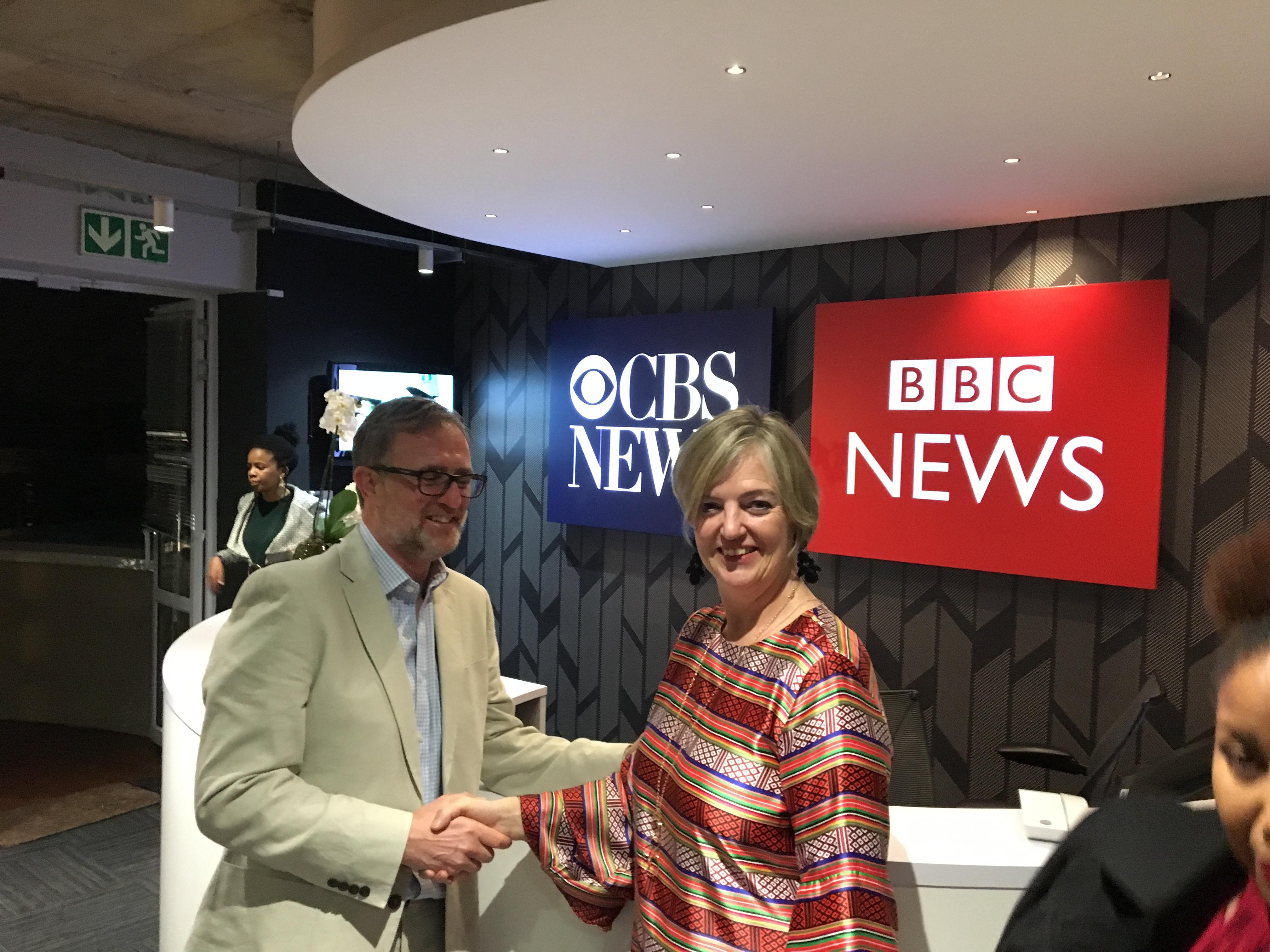 CBS News and BBC News announced the opening of a joint bureau in Johannesburg, South Africa, as part of an ongoing newsgathering partnership. The announcement was made by CBS News' Ingrid Ciprian-Matthews, Executive Vice President of News.

"The new arrangement in Johannesburg will bring together the CBS News team and BBC News personnel under one roof, enabling greater collaboration in our newsgathering throughout the continent," Ciprian-Matthews said. "Deborah Patta, who was recently named a Scripps Howard Award winner for her coverage of the U.S. soldiers ambushed in Niger, and our team on the ground should be even better positioned now to make their distinctive enterprise and breaking news reporting available to all of our programs and platforms, as well as the BBC News audience."

According to CBS News, the new bureau will help deepen the organization's relationship with BBC News. The BBC News partnership has allowed CBS News to deliver reports from Barbuda in the wake of Hurricane Irma, terrorist attacks throughout Europe and coverage of the Syrian civil war. BBC News will act as a resource to CBS News as the Royal Wedding approaches.

"We look forward to our new set up in Johannesburg and the many opportunities for collaboration with BBC News that lie ahead," Ciprian-Matthews said.