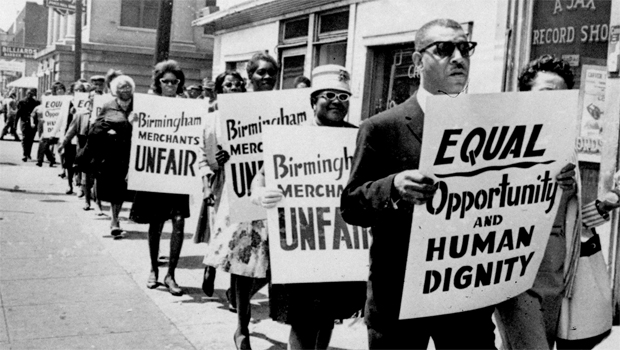 NEW YORK - To mark the 50th anniversary of the signing of the Civil Rights Act, CBS News Live Experiences will bring together a group of newsmakers from the worlds of politics, entertainment and sports to discuss the fight for civil rights and the continuing struggle for equality, including issues of race, gender and LGBT rights today, in a live, interactive online event titled, "CBS News: 50 Years Later, Civil Rights."

Powered by Microsoft's Bing Pulse, the panel will be moderated by CBS News' chief Washington correspondent and "Face the Nation" host Bob Schieffer.

The panelists will discuss how the civil rights movement of the 1960s has had a personal impact on their lives, as well as on the culture, society and politics of America then and now. Using their varied backgrounds, the symposium's participants will explore the powerful and tumultuous events of the summer of 1964, when three civil rights workers went missing, and were later found to have been murdered.

Panelists will also share their emotional first-hand experiences of how the civil rights movement influences social reform today, and what they see for the future.

Viewers at home and those at the Ed Sullivan Theater can become part of the event by using Microsoft's Bing Pulse technology, which will allow anyone with a mobile device, tablet or computer to interact with the program by voting on questions posed to the panel, and providing real-time feedback on the discussion as the event unfolds, creating a true second-screen experience.

"CBS News was there reporting on the momentous events of 1964, and our commitment to coverage of the civil rights movement continues today," said CBS News President David Rhodes. "Bob Schieffer's long experience reporting for CBS News gives him the ideal perspective to moderate this important conversation."

"The Civil Rights Act changed the world, and CBS News was there to report every aspect like no other network," said CBS Live Experiences President David Goodman. "'CBS News: 50 Years Later, Civil Rights' will take people there with a visually exciting, stimulating multimedia presentation that leverages all parts of the CBS Corporation."

"Microsoft is working to enable a new era of participatory media with breakthrough second-screen experiences like Bing Pulse," said Josh Gottheimer, GM in Microsoft's corporate strategy group. "We're thrilled to be partnering with CBS News to give audiences around the world the opportunity to participate in a conversation celebrating the signing of the Civil Rights Act of 1964, a watershed moment in our nation's history."

In addition to the live event, viewers will be able to experience the history of the civil rights struggle through a wide array of multimedia content available online at CBSNews.com/CivilRights, including testimonials from activists, politicians and public figures in the arts, sports and business worlds about their efforts in the continuing fight for equal rights and social justice, and about the civil rights figures who have inspired them.

There will also be rare footage from CBS News' coverage of the civil rights movement, including a full broadcast of Walter Cronkite's 1964 prime-time special, "The Search in Mississippi," which was presented just days following the disappearance of James Chaney, Andrew Goodman and Michael Schwerner -- three volunteers who were murdered while trying to help blacks register to vote, as part of the "Freedom Summer" project.


"CBS News: 50 Years Later, Civil Rights" is the second in a series of multimedia immersive events created by CBS Live Experiences to mark significant events in history. The first, which was held in February, highlighted The Beatles' arrival in the U.S. in 1964. Video from that symposium, hosted by correspondent Anthony Mason, as well as other features about the Fab Four, can be found at cbsnews.com/the-beatles-50th-anniversary.