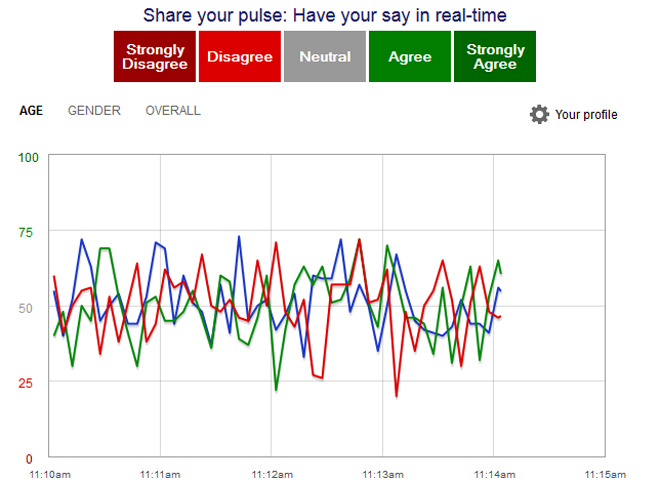 NEW YORK - CBS Live Experiences will mark the 50th anniversary of the signing of the Civil Rights Act with a live interactive symposium, bringing together a group of newsmakers from the worlds of politics, entertainment and sports, to discuss the fight for civil rights and the continuing struggle for equality (including issues of race, gender and LGBT rights today), titled "CBS News: 50 Years Later, Civil Rights."

The program, hosted by CBS News' chief Washington correspondent and "Face the Nation" host Bob Schieffer, will be presented live from the Ed Sullivan Theater in New York on July 24 at 8:00 p.m. ET.

Viewers may watch online at CBSNews.com or on the Smithsonian Channel.

Said Schieffer, "I've done a lot of things at CBS; I've never felt more honored than to be a part of this."

Viewers are also invited to join the conversation (whether watching online, on the Smithsonian Channel, or at the theater) by using their mobile phone, tablet or PC and going to www.cbsnews.com/CivilRights.

There, viewers will be asked to vote on questions throughout the evening, which is divided into four panel discussions.

"Each conversation tonight is built around a statement," said Schieffer. He will ask viewers to vote on each statement: "Vote if you agree or disagree with it -- vote repeatedly, as often as you hear a point that changes your mind."

Among the statements to be addressed:

"I would risk my life for civil rights."

"I feel defined by my race/gender/sexual preference."

"Our grandchildren will be free from discrimination."

Viewers will also be asked for responses to gauge where they are on some specific civil rights questions:

"Are race relations generally good or generally bad in your community?"

"Who, in general, do you think has the hardest time of getting ahead in our society today: whites, blacks, Hispanics, Asian Americans, or Native Americans?"

"How much discrimination do you think there is against women in our society today: a lot, some, only a little, or none at all?"

"Since Barack Obama has been President, do you think race relations in the United States have gotten better, gotten worse, or stayed about the same?"

By the use of Microsoft's Bing Pulse technology, audience responses will be available in real time at cbsnews.com/civilrights.

In a statement commemorating the Civil Rights Act's 50th anniversary, President Barack Obama said of the law, "Few pieces of legislation have defined our national identity as distinctly, or as powerfully."

But passage of the law, which banned discrimination on the basis of race, color, religion, sex or national origin, did not end the struggle to achieve equality for all in America. The state of the civil rights struggle today and in the coming decades will be one of the areas of focus for tonight's panelists.

On "CBS This Morning," Schieffer described a formative experience as a young reporter in the segregated South covering the enrollment of James Meredith, the first black student at the University of Mississippi in 1962.

"I'd been in the Air Force three years, never heard a shot fired in anger," Schieffer said, "and then was caught in that mob out on the campus that night, when these snipers . . . started shooting down at us. It was the most terrifying night of my life.

"That was kind of my introduction to covering this struggle that was going on."

Schieffer also said he will be bringing his 13-year-old granddaughters to attend the show, "because I want them to see this, and to understand how we got to where we are. It's just unbelievable."

"CBS News: 50 Years Later, Civil Rights" is the second in a series of multimedia immersive events created by CBS Live Experiences to mark significant events in history. The first, which was held in February, highlighted The Beatles' arrival in the U.S. in 1964. Video from that symposium, hosted by correspondent Anthony Mason, as well as other features about the Fab Four, can be found at cbsnews.com/the-beatles-50th-anniversary.