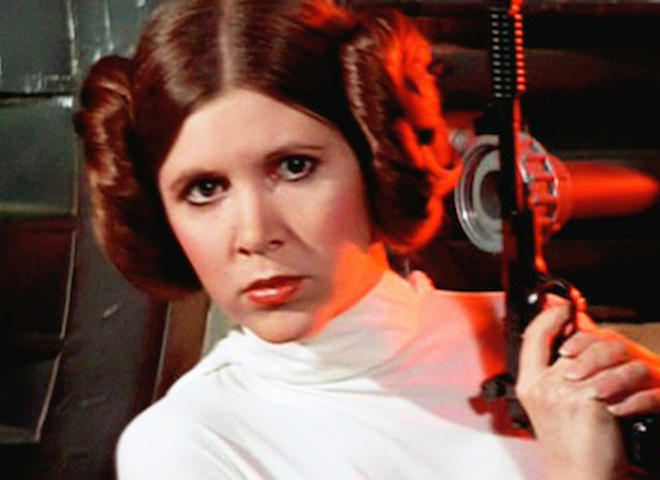 LOS ANGELES -- Fans seeking to pay tribute to Carrie Fisher have created an impromptu star for the actress on Hollywood’s Walk of Fame.

Fisher fans took over a blank star on Hollywood Boulevard and used paste-on letters to spell out her name and the phrase “May the force be with you always.” Candles and flowers surround the star.

Fisher did not have an official star on the Walk of Fame, but administrators of the Los Angeles tourist attraction are allowing the tribute temporarily to give fans a place to mourn.

There has also been a run on Fisher’s books since the “Star Wars” actress and humorist died on Tuesday.

Fisher, the daughter of actress Debbie Reynolds and singer Eddie Fisher, had been hospitalized since Friday, when paramedics responded to a report of a patient in distress at Los Angeles airport.

Meanwhile, comic Steve Martin found himself the topic of discussion online about a tweet that he posted, then deleted, that said: “When I was a young man, Carrie Fisher ... was the most beautiful creature I had ever seen. She turned out to be witty and bright as well.”

Martin received some online criticism for initially focusing on her appearance instead of her work, which in turn drew backlash for being a too sensitive reading of his tribute.