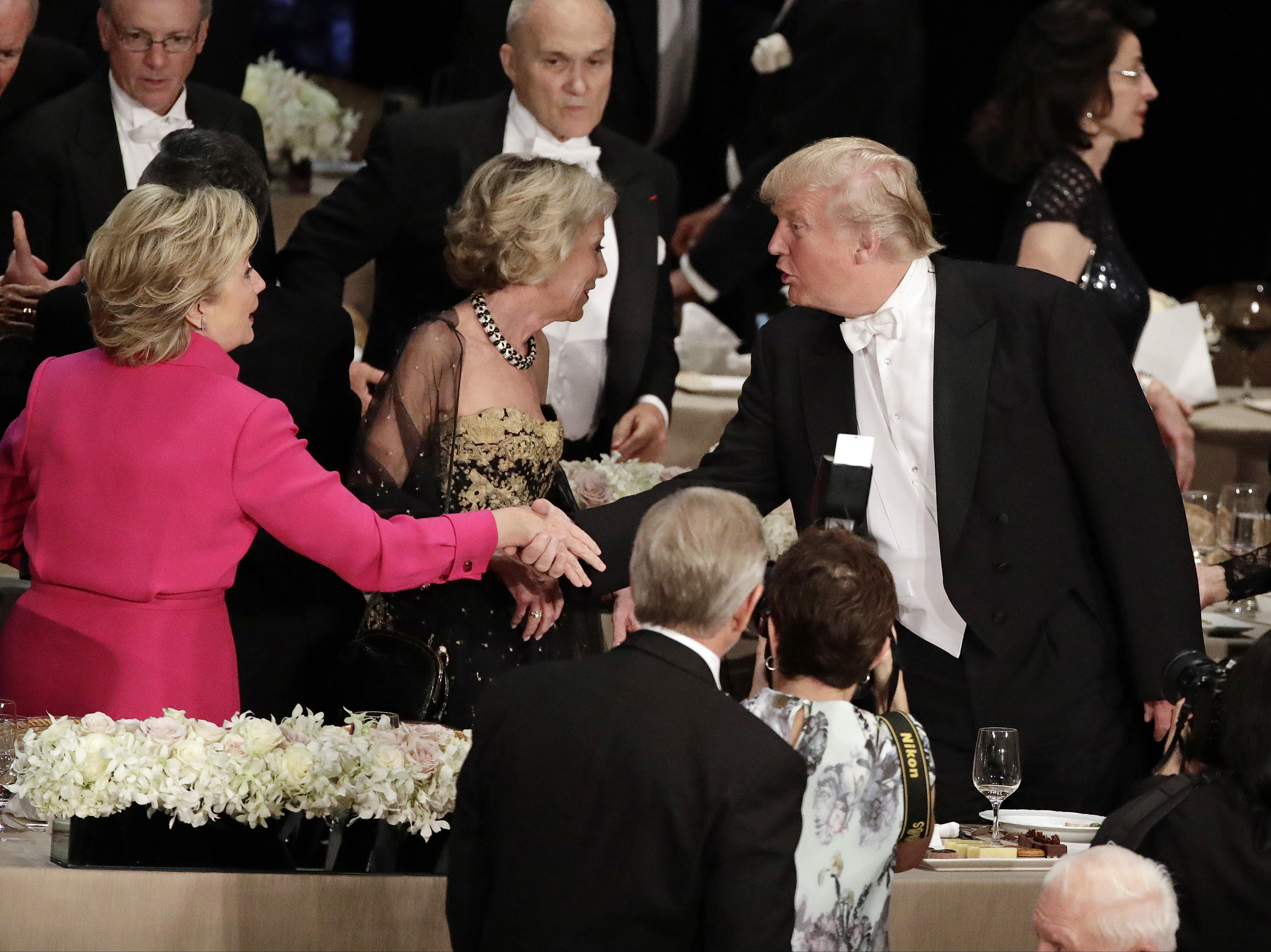 The acrimony between Donald Trump and Hillary Clinton may be on display almost constantly in their public appearances, but in private,  Cardinal Timothy Dolan saw a different side of the major party nominees when the three of them spoke before the Al Smith dinner Thursday night.

As the three were preparing to enter the dinner, Dolan asked the two to pray with him while they waited to be announced, he told NBC’s Lester Holt on the “Today Show.” Afterward, Dolan said Trump “turned to Clinton and said, ‘You know, you are one tough and talented woman,’” and Dolan said Trump added, “This has been a good experience -- this whole campaign -- as tough as it’s been.”

“Whatever happens, we need to work together afterwards,” Clinton responded, according to Dolan. The two at least shook hands after the dinner, which they have not always been inclined to do after their debates.

Dolan said he was “very moved by the obvious attempt on behalf of both Secretary Clinton and Mr. Trump to kind of be courteous, to get along, to say nice things privately to one another.”

The cardinal also acknowledged the awkward moments in their monologues and the lines that didn’t land well in the room. “The audience has a good sensitivity, first of all something’s funny, secondly, if somebody’s a bomb, but thirdly, if something is a little out of line,” Dolan said. He didn’t point to any of the jokes in particular, but this joke from Trump about Clinton was met with some booing:

“Hillary believes that it’s vital to deceive the people by having one public policy and a totally different one in private,” Trump said, setting up the punchline. “For example, here she is tonight in public, pretending not to hate Catholics.”

“The audience more or less accurately, I think, reflects the sentiments that are going on,” Dolan said.

Some of the jokes delivered by both candidates likely fell flat for another reason, though.

“The butt of their jokes was the other person,” Dolan told NBC. “The characteristic of the evening is self-deprecating, humble humor, and that seems to be a tougher and tougher goal to achieve as was obvious last night. For all of us.”