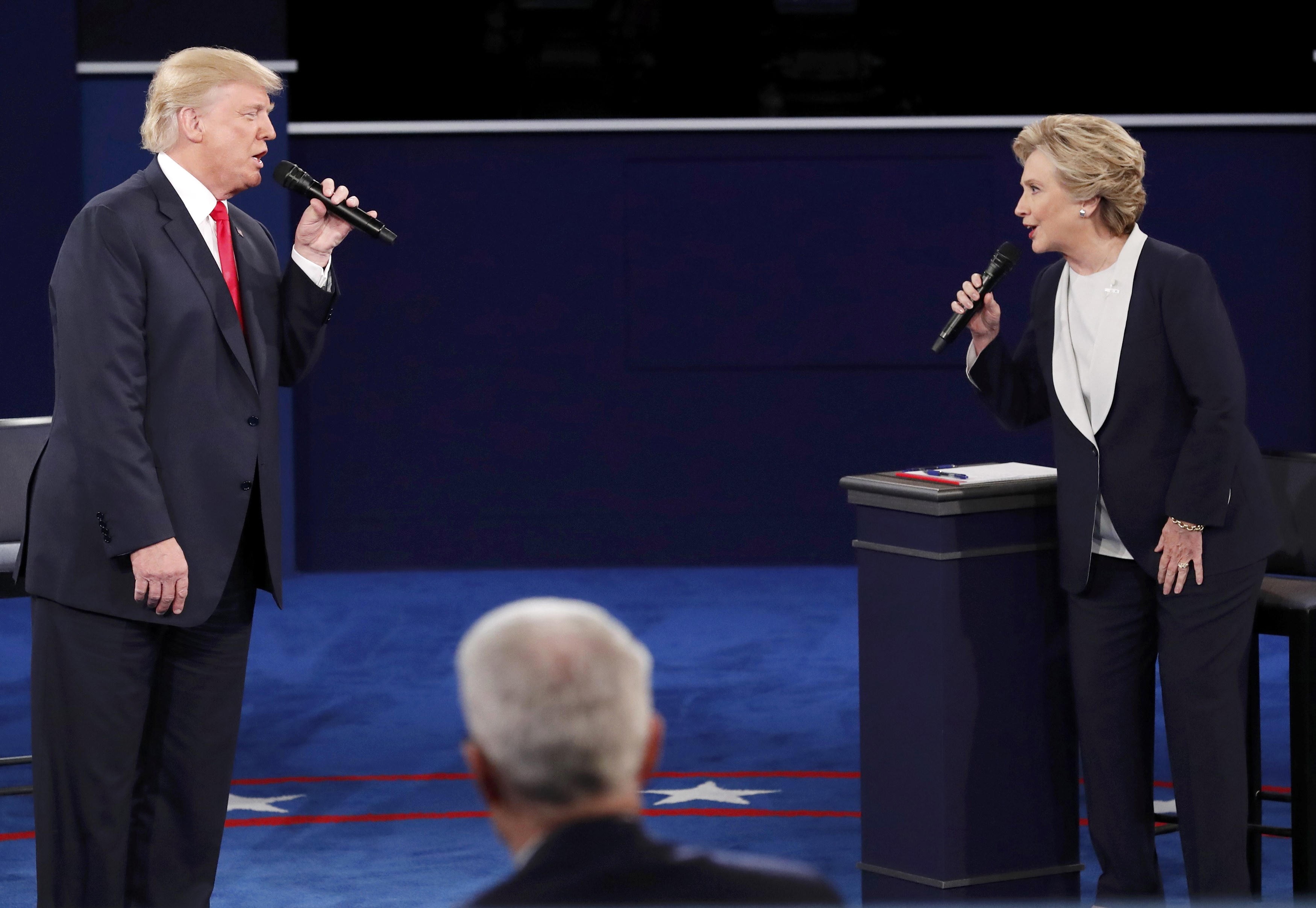 Donald Trump and Hillary Clinton have some tough shoes to fill -- could either of them take over President Obama’s role as comedian in chief?

With 19 days left until the election, they’ll have their chance to try out Thursday night at the 71st annual Alfred E. Smith charity dinner, where many presidential candidates in the past have taken a break from the vitriol of the campaign and make fun of themselves.

It will be the last time the two will share a stage before Americans head to the polls on Nov. 8.

Both nominees are slated to attend the 9 p.m. ET white-tie event at the Waldorf Astoria, which will air live on CBSN, that benefits Catholic charities and some of the neediest children in New York. The fundraiser honors former New York governor Al Smith, who ran for president in 1928 and became the first Catholic nominee of a major party.

Their jokes could present quite the contrast from the third and final presidential debate they attended only a night earlier in Las Vegas in which Trump refused to commit to accepting the election results if he loses and where he called Clinton “such a nasty woman.”

But even as they strive for the funniest lines, the event could get awkward, given the latest developments on the campaign trail. New York Cardinal Timothy Dolan, for example, has called on Clinton to disassociate herself from comments her aides made mocking Catholic conservatives, according to a John Podesta email made public by WikiLeaks.

At the debate Wednesday, Clinton and Trump were also asked about the touchy Catholic issue of abortion. Clinton defended her pro-choice views while Trump insisted he is pro-life and described the procedure in graphic terms.

The dinner also comes amid allegations from a number of women that Trump sexually assaulted them. He has repeatedly rejected their accusations and has denied meeting any of them.

Despite the latest tensions, both nominees could embrace the chance to have some light-hearted moments.

President Obama attended the dinner in the run-up to both the 2008 and 2012 elections with his GOP rivals Sen. John McCain and former Gov. Mitt Romney, respectively. Mr. Obama, for example, made fun of his weak performance at the first debate against Romney.

“Some of you may have noticed I had a lot more energy in our second debate,” he said. “I felt really well rested after the nice long nap I had in the first debate,” he joked.

During a standing ovation, he also joked, “Everyone please take your seats, otherwise Clint Eastwood will yell at them.”

Romney offered a tip for debate preparation: “First, refrain from alcohol for 65 years before the debate. Second, find the biggest available straw man and then just mercilessly attack him.”

“Big Bird didn’t even see it coming,” he continued, a reference to his criticism of public broadcasting.

In 2004, neither President George W. Bush nor then-Democratic nominee John Kerry were invited to the dinner, which was only the second time since 1960 that the two major party nominees hadn’t been asked to attend.

Both Bush and Al Gore attended the event in 2000. In 1996, ahead of his reelection, President Bill Clinton was not invited to the dinner because a cardinal had criticized him for vetoing legislation that would have banned some late-term abortions. His rival, Bob Dole, was not invited either as a result.