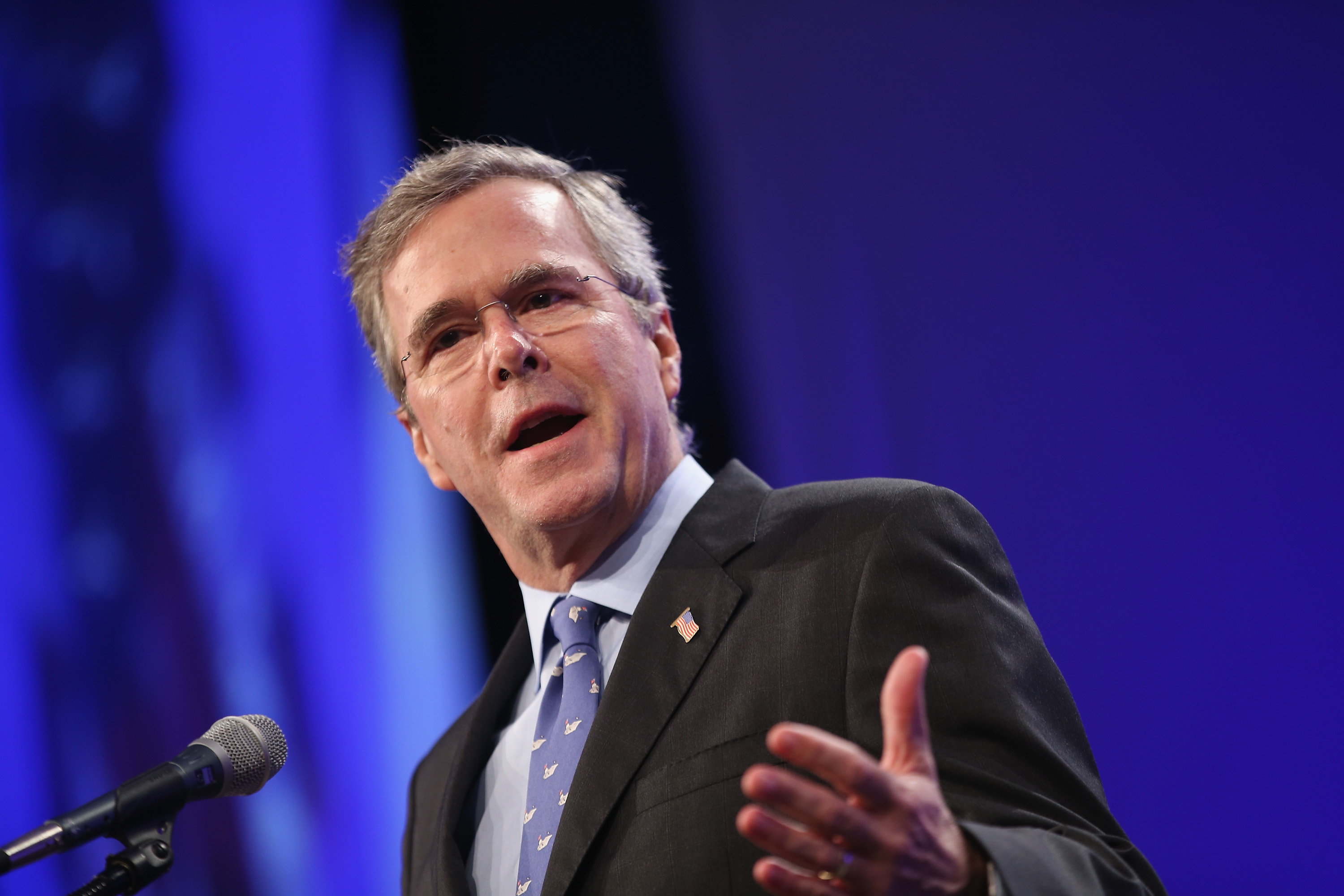 Former Florida Gov. Jeb Bush has absorbed his share of criticism from conservative activists in recent years, chiefly on the issues of immigration and education. But one prominent conservative advocacy organization offered a fairly (but not uniformly) upbeat assessment of Bush's record on Friday, suggesting the former governor's effort to woo his party's right wing will be tricky, but not impossible.

The Club for Growth, an organization that focuses primarily on economic issues, predicted Bush would "generally govern as a pro-growth conservative, but we would also not be surprised to have some disappointments along the way."

"Jeb Bush once called himself a 'head-banging conservative,'" the Club wrote in a white paper. "There are key elements of his record as governor that merit the title...however, some of Governor Bush's more recent positions on federal issues leave open the question of whether he would be a pro-growth president or would govern from the middle."

The Club compared Jeb Bush favorably with his brother, former President George W. Bush, whose tenure has been criticized by fiscal conservatives for creating massive deficits and government growth.

"Many have compared him to his brother, the former president, who amassed a similar record of great successes (tax cuts, deregulation) and disappointments (spending increases, TARP)," the paper explained. "That comparison is probably apt. However, based on Jeb's record of governance in Florida, we suspect that the successes could be larger, including more structural reforms, and the disappointments smaller and fewer."

The paper broke down Bush's gubernatorial record by subject area. The Club for Growth said Bush is justifiably proud of his record of cutting taxes. But on spending, the group argued, his record is a more mixed bag.

He allowed "gradual increases in the size of government while using his political capital to reform some of the structures that are most responsible for fueling government growth," the paper explained.

On entitlements, the Club praised Bush as a "champion" of reforming automatic spending programs like Social Security, Medicare, and Medicaid, and it said he took "impressive steps" to reform Florida's entitlement programs.

Still, it noted "one blemish" on his record: a bill that increased police and firefighter pension payments by $50 million. "Fiscally conservative Florida think tanks argued that the plan was too expensive," the Club noted, "but their concerns were ignored in the effort to scratch the backs of police and firefighters' unions that had supported Republicans."

On regulation, the Club for Growth described Bush's record as "mixed." It praised him for opposing minimum wage hikes and safeguarding property rights by limiting the use of eminent domain laws, but it criticized him for pushing the government to limit offshore drilling near Florida's coast.

On free trade, the Club for Growth said Bush's record is "generally quite good," and on education, the Club commended Bush's fight for school choice but condemned his support for Common Core state education standards.

The Club for Growth has been a big player in recent election cycles. In 2014, the group's super PAC, non-profit, and regular political action committee spend more than $8 million on behalf of conservative candidates and causes, according to Open Secrets. In the 2012 cycle, the group's total spending topped $17 million.

The group has also shown no reluctance to go after Republican candidates with whom they disagree. A day after former Arkansas Gov. Mike Huckabee declared his 2016 candidacy, the Club for Growth began airing a 60-second advertisement in Iowa and South Carolina targeting Huckabee's record on taxes and spending.

"Why do conservatives oppose Mike Huckabee?" the narrator asked. The ad then showed a number of news clips of journalists highlighting Huckabee's dismal reputation among some fiscally conservative groups.