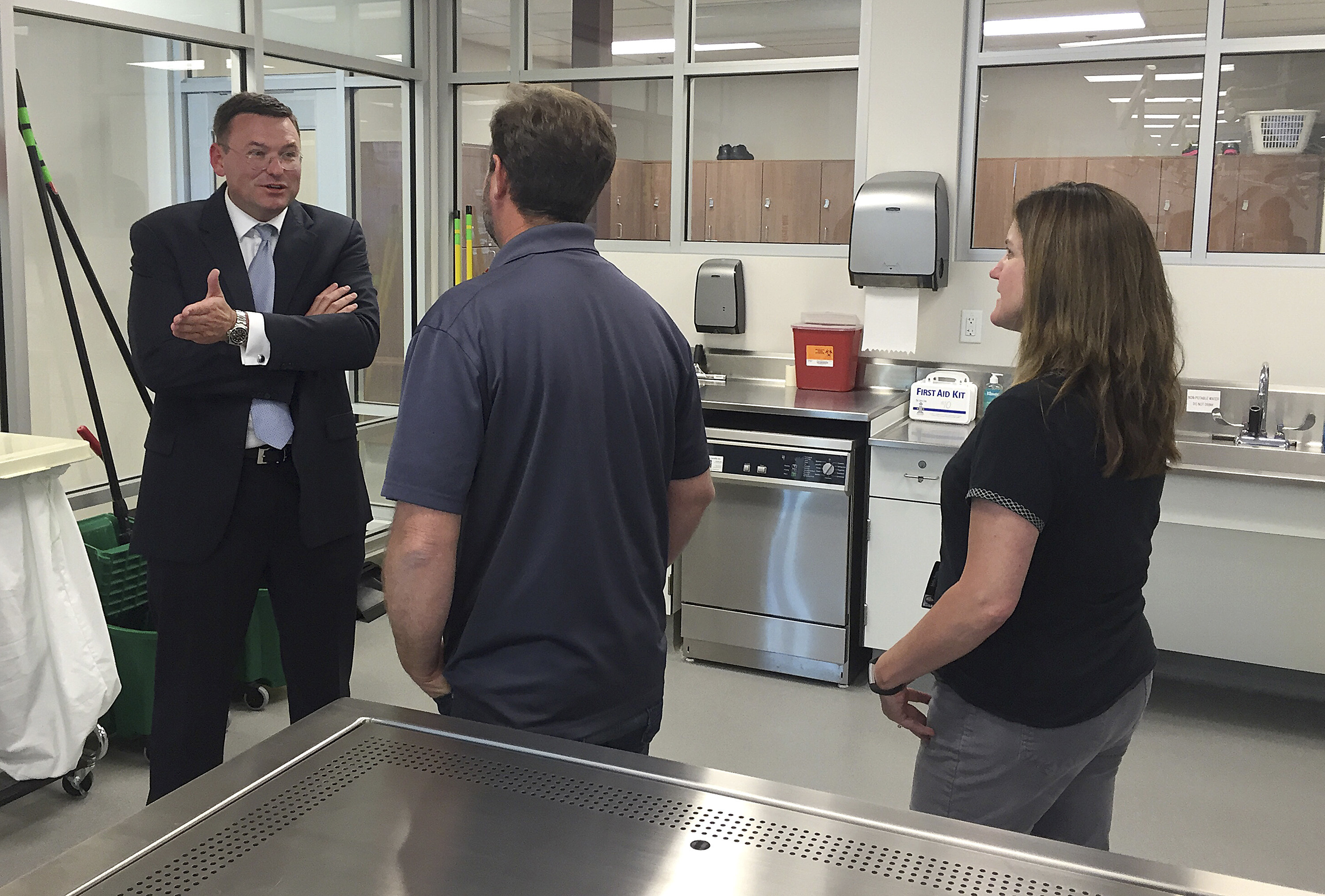 For-profit medical schools are starting to pop up around the country, promising to create new family doctors for underserved rural regions.

Rural states like Idaho need more general practitioners, with the baby boom generation aging and expanded insurance coverage under the Affordable Care Act making health care more accessible. But critics of the new schools question whether companies can properly train the nation's next crop of doctors.

"On face value, it looks like a pretty good deal" because for-profit schools promise to bring benefits without relying on taxpayer dollars, said Dr. Ted Epperly, who runs a family practice residency program in Boise, where a new for-profit school plans to start accepting students in 2018.

"But it's a little bit like Wal-Mart moving into a small community with mom-and-pop shops - it damages the existing workforce producers."

Proponents say challenges that the new schools face are surmountable, and any stigma about for-profit medical training is based on fear, not fact. Dr. Robert Hasty, dean of the newly created Idaho College of Osteopathic Medicine, notes for-profit hospitals also were once stigmatized but now make up about a quarter of all U.S. hospitals.

"We have such a need for doctors, and if we have to make this investment, it's worthwhile," Hasty said.

Thirty-one new medical schools opened in the country between 2002 and 2014, according to an article in the New England Journal of Medicine. Most were nonprofit or public. For decades, for-profit medical schools were relegated to foreign shores, with U.S.-based companies like DeVry launching medical schools in the Caribbean. But that changed in 2007 when Rocky Vista University College of Osteopathic Medicine opened in Parker, Colorado. Several for-profit medical schools have opened in the years since, including California Northstate University School of Medicine and the Burrell College of Osteopathic Medicine in New Mexico. Rocky Vista recently announced plans to expand into Utah.

Justin Rose was part of the first group of students to graduate from Rocky Vista in Colorado. Though the Idaho native applied to several schools in the West, he wasn't accepted to any state-run programs.

"The for-profit part never played a part in it," Rose said of his decision to attend Rocky Vista. "The biggest concern was I'm going to a new med school that had no background affiliation or anything."

In retrospect, he said, it was the best choice because the school was under pressure to prove its first crop of graduates would succeed. "It made them especially motivated," he said.

After completing an emergency medicine residency and an ultrasound fellowship at the University of Kentucky, Rose is preparing to begin his career as a doctor in Boise. He said the job will allow him to continue chipping away at his $350,000 in student loan debt. That's nearly double the average debt carried by medical school graduates, according to the Association of American Medical Colleges. Because Rose attended a for-profit program, he's not eligible for many federal loan-forgiveness programs. Even with the high debt load, the for-profit med school was worth it, Rose said.

Opening state programs is costly, and for-profit schools are a good answer for America's rural health care shortage, Rose said. His one concern is that the number of schools will grow faster than the number of residency programs. Like their public and nonprofit counterparts, for-profit med schools face pressure to ensure their graduates get the valuable residency positions. At least 98 percent of grads from an osteopathic school must be placed in a residency or equivalent program or the school risks losing accreditation, Hasty said.

Medical schools must make their residency placement numbers available to the public. That accountability - and the fact that would-be doctors must pass medical board exams and meet state requirements before they can start practicing - should help hopeful medical school students make good choices about where to attend, said Claudia Goldin, a Harvard economics professor who has studied for-profit education models.

"If they're not providing the requisite training and hands-on work, then it's going to be public information that these students didn't pass those exams," Goldin said. "It's sort of a good thing to have some external review."

The differences between for-profit and nonprofit schools aren't always apparent, Goldin said. Salaries for staff at nonprofits and public schools often are higher than for-profits, for instance. And regulators have stepped in to stop some nonprofit schools from taking steps deemed undesirable, such as when Yale was told to stop plans for an online physician's assistant school.

"I've always tried to think about for-profits without the jaundiced view of them that we all now seem to have," she said. "I always try to enter this with the notion that there are good training programs all over the place, and the nonprofits have some pretty lousy places."

The for-profit schools are not without risk. Dade Medical College in Florida abruptly closed last year amid major financial troubles, its 2,000 health care students arriving on campus to find doors locked. The school received more than $100 million in taxpayer-funded Pell grants and student loans since it opened in 1999, according to the Miami Herald.

Investors are looking for a return on their investment, said Hasty, dean of the new Idaho school. But the ultimate goal is to create safe, competent physicians. He sees Idaho, Montana and other rural states in the region as the epicenter of a nationwide family physician shortage.

"It's not a donation - I mean, I'd love for them to donate lots of money for our scholarships," Hasty said. "This is really part of a social mission."