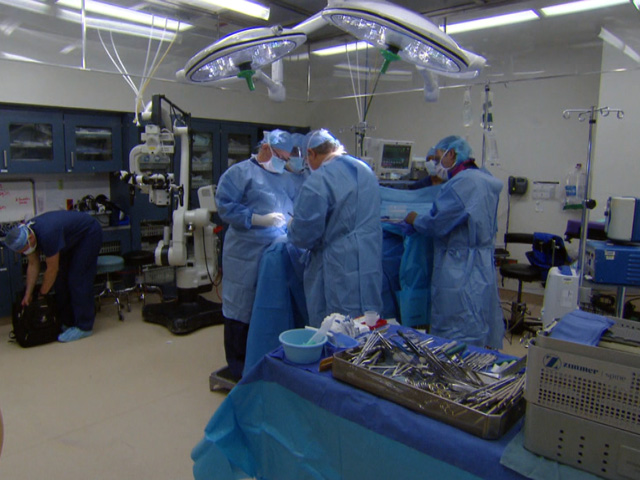 RIVERSIDE, Calif. -- In addition to getting more Americans to sign up for private insurance, the health-care overhaul will also get more people to sign up for Medicaid.

In California, Medicaid applications have jumped by 135,000 since Oct 1, and the projection is for 1.4 million new applications in 2014. That's the most of any state.

The problem is that there aren't enough doctors to treat them. Here's what one medical school is doing about it.

California's shortage of primary-care doctors has left Jennifer Han in the unique position of starting medical school and not having to worry about the cost.

She could be racking up $36,000 a year in medical-school debt -- just for tuition. But she won't have to pay that.

"I think it is an amazing deal," she said.

Han is the first student at the new University of California Riverside Medical School to get this rather unique deal.

With money donated to the school, he's planning to offer five full-ride scholarships to students who agree to stay in the area for five years after they graduate and choose primary care rather than more lucrative specialty fields such as radiology and anesthesiology.

"Forty percent of the doctors in my community look like me," Olds said. "They're 55 years of age or older and they will retire in the next 10 years. So, the net result of that is we will probably have a 5,000- to 6,000-physician deficit in 10 years no matter what anyone does."

His school is located in California's Inland Empire where Obamacare is expected to insure more than 300,000 people by next year. But the area already has a shortage of 3,000 doctors.

Han plans to be a pediatrician.

A primary-care physician can make about $200,000 a year compared to twice that for a specialist. How tempting is it to chase the money?

"That can definitely be enticing in terms of paying back our medical-school loans and stuff like that," Han said.

If she sticks to the deal, she will leave debt free, and her community will have one more doctor it desperately needs.