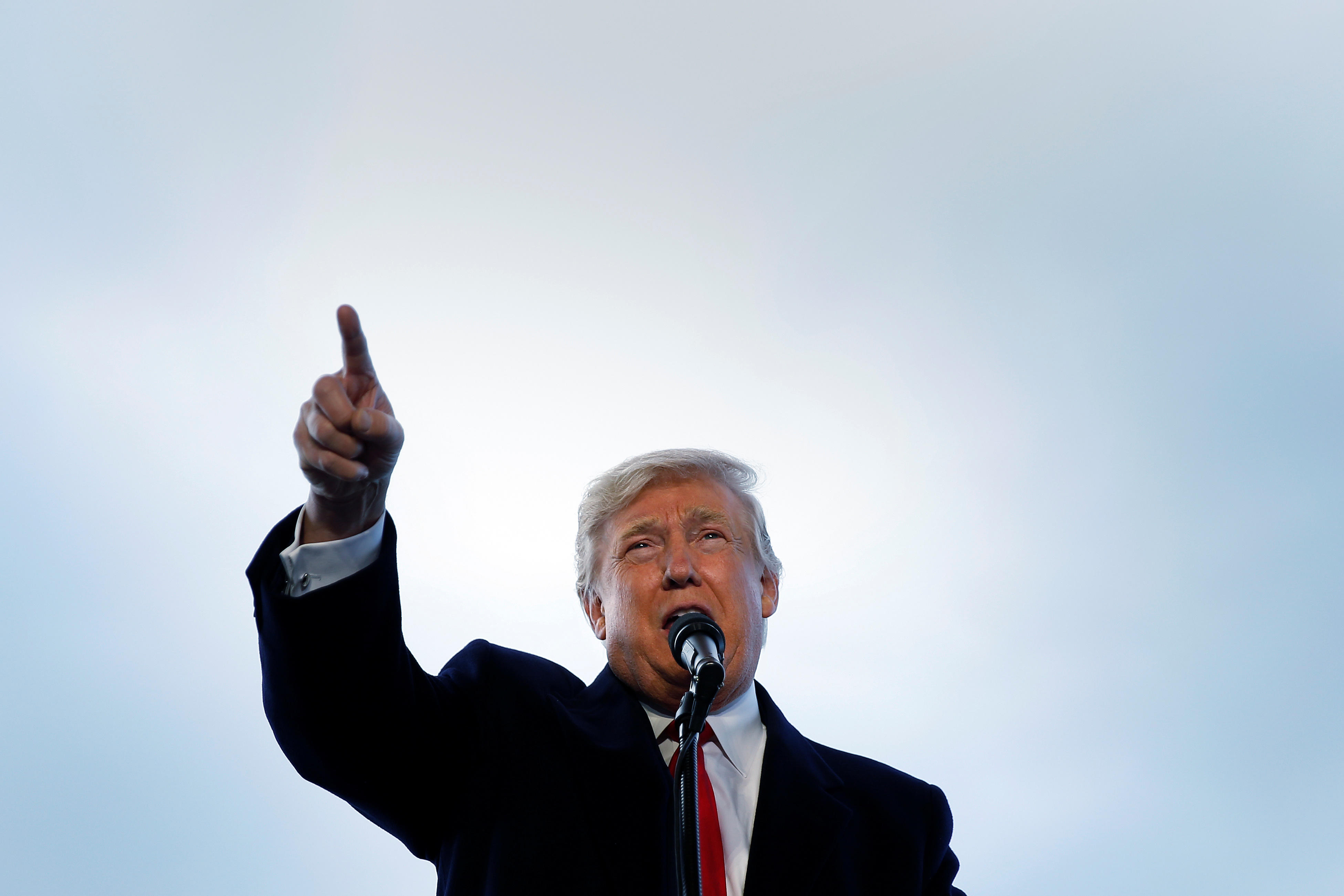 On the road to the White House and making America great again, Donald Trump has vowed to build a wall at the southern border, ban Muslims from entering the U.S., eliminate gun-free zones, repeal Obamacare, and bring back manufacturing jobs.

Now that he’s won the presidency, he may just be able to follow through on some of those promises. But not all of them. Even with the support of a Republican House and Senate, the president-elect will struggle to deliver on some of them.

Here’s a look at the promises Trump may find difficult -- if not impossible -- to fulfill:

Get rid of gun free zones

Trump, when he was endorsed by the National Rifle Association in May, promised to eliminate gun-free zones in the United States.

And before that, in January of 2016, Trump pledged, “I will get rid of gun-free zones on schools, and — you have to — and on military bases,” he said at a rally in Burlington, Vermont. “My first day, it gets signed, okay? My first day. There’s no more gun-free zones.”

To do this, he’d likely have to get the 1990 Gun Free School Zone Act repealed. The law, introduced by then-Sen. Joe Biden and signed by President George H.W. Bush, says it’s illegal “for any individual knowingly to possess a firearm at a place that the individual knows, or has reasonable cause to believe, is a school zone.”

With a Republican-held Congress, Trump could probably see it repealed, but a spokesperson for Everytown for Gun Safety says that gun-free zones would still exist under state laws.

“States decide whether to allow concealed carry permit-holders to carry guns in schools, on colleges, at polling places, in houses of worship, in state and local government buildings and parks, etc.,” Erika Lamb of Everytown explained to CBS News.

And in fact, almost all states and the District of Columbia prohibit guns in K-12 schools -- though just 39 states and D.C. say that same restriction applies to those who have a concealed carry permit. Twenty states also restrict guns on college campuses. Of them, at least seven states have said it was illegal for both open and concealed carry of firearms.

On the campaign trail, Trump often inveighed against the Iran nuclear deal negotiated by the Obama administration. He has frequently criticized Secretary of State John Kerry and his bargaining skills, and he’s certain that he would be able to renegotiate a better deal for the U.S.

But former CIA Director Gen. Michael Hayden (ret.) told “CBS This Morning” on Wednesday that the deal is “relatively locked in,” so dismantling it after Trump takes office would be highly unlikely.

“The immediate impact of the deal with regard to the nuclear deal program is OK,” Hayden said. “It’s all the other things that the Iranians are doing. And frankly, Mr. Trump had good criticisms of the administration -- don’t let them get away with what they’re doing in Syria, in Yemen and elsewhere.”

Better to wait awhile on Iran, Hayden suggested. The new administration can worry about Iran’s nuclear program years later when the current provisions of the deal “begin to age off.”

Trump’s presidential win was partly driven by the promise to white, working class voters in the Rust Belt that he alone could bring back manufacturing jobs “stolen” from the U.S. because of trade deals.

He was fond of saying on the trail that he’d renegotiate the North American Free Trade Agreement, or, failing that, opt out of the deal completely. (Trump would need to give just six months written notice before pulling out of NAFTA.)

“I think it’s important that we be open to talking about trade deals,” Trudeau told reporters Thursday. “If the Americans want to talk about NAFTA, I’m more than happy to talk about it.”

But trade deals alone won’t return those lost jobs to American manufacturing workers, who to a large extent have been permanently replaced by automation.

“Technology improvements, the march of progress and innovation, that’s the main driving factor of job loss,” Mark Perry, a scholar at the American Enterprise Institute and an economics professor at the University of Michigan’s Flint campus, told CBS News. “That’s the long-run trend that’s been going on for the past 30 years or so…and that trend has nothing to do with globalization or production elsewhere.”

Trump has also threatened huge tariffs on products made outside the U.S. Even if Trump could renegotiate trade deals and impose tariffs of up to 35 percent on products manufactured outside of the U.S., it could “make the economy worse overall” because the added cost would just be passed on to consumers, Perry warned. Trump’s tariff proposals, he said, were the ultimate “trade nit-wittery.”

Whether or not Trump can make good on his pledge to build a border wall still remains to be seen -- but as far as making Mexico pay for it, Mexican leaders have repeatedly said no.

According to Reuters, Mexico’s foreign minister reminded the world on Wednesday that the country was still adamantly against footing the bill for a wall.

“Paying for a wall is not part of our vision,” Claudia Ruiz Massieu, the foreign minister, told local television reporters the day Trump was elected U.S. president. She added that the Mexican government has kept up with “fluid, daily communication with different members of the campaign.”

Mexican president Enrique Pena Nieto plans to meet with Trump during the transition period, Reuters reported.  The two met once before, in August, during the presidential campaign.

Get rid of Common Core

Trump plans to completely eliminate Common Core, which he calls a “disaster.”

From the beginning of his candidacy, Trump has said “education has to be local,” and he has long said that Common Core should be ended.

Forty-two states, along with the District of Columbia, have adopted the standards -- some fully and some with modifications. Seven states have opted out of the standards, and Minnesota only took on the reading standards while rejecting the math.

Considering the power was ceded over to state governments in the first place, it’s unlikely that federal action by Trump could easily rid the states of Common Core.