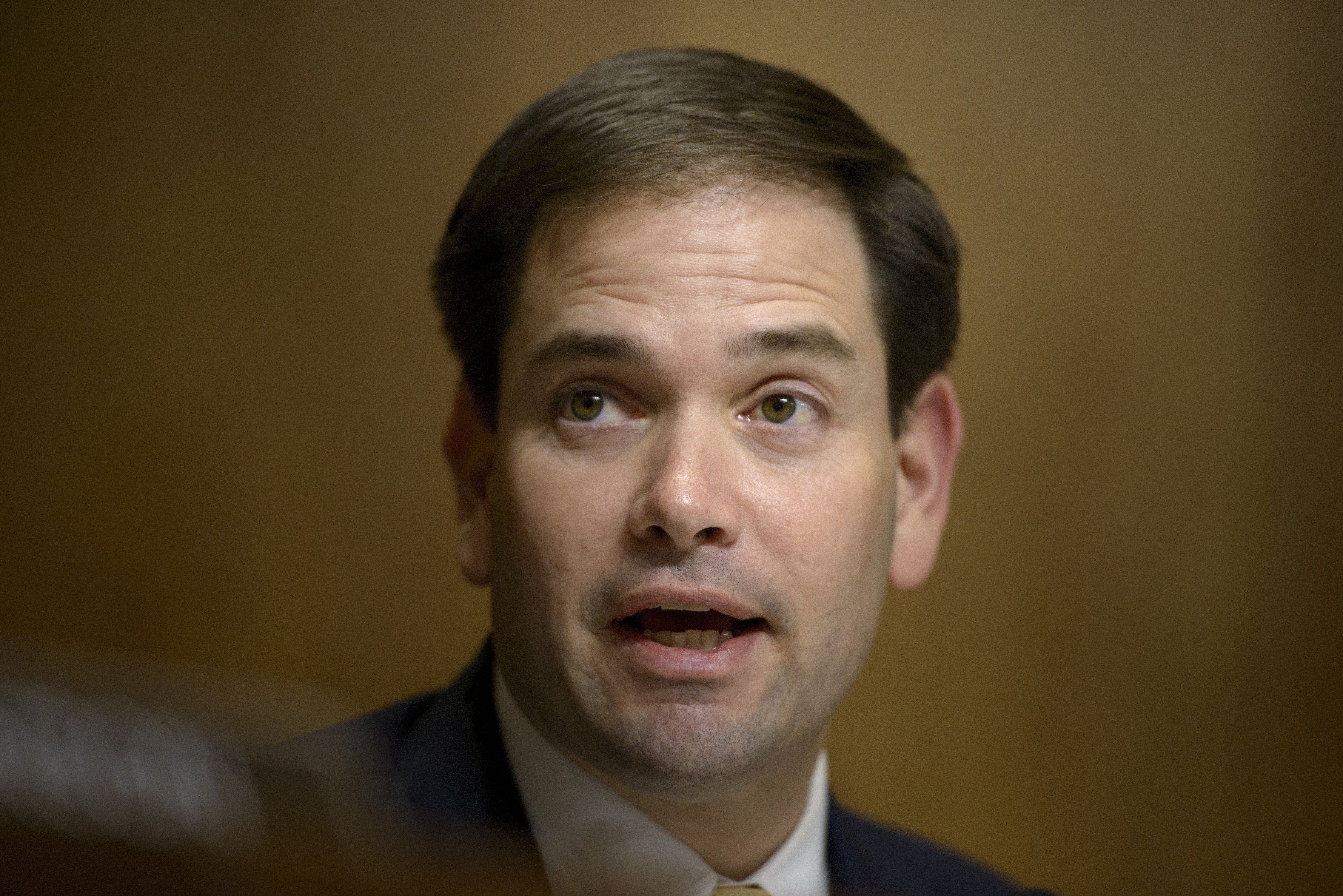 Republican presidential candidate Marco Rubio said Wednesday that he'd attend a same-sex wedding if it involved somebody close to him - but he also suggested that being gay is a "choice," a characterization that's sure to rankle the LGBT community.

Rubio, a senator from Florida, said during an interview with Fusion's Jorge Ramos that he still believes in a "traditional," heterosexual definition of marriage.

Ramos asked Rubio whether he'd attend the wedding of a gay family member or staffer. The senator replied, "If it's somebody in my life that I care for, of course I would."

"I'm not going to hurt them simply because I disagree with a choice they've made or because I disagree with a decision they've made, or whatever it may be," Rubio explained. "Ultimately, if someone that you care for and is part of your family has decided to move in one direction or another or feels that way because of who they love, you respect that because you love them."

Contrary to Rubio's description, a growing scientific consensus has found that being gay is not a "choice," or a behavior that can be activated or deactivated at will, but rather, an identity that cannot be changed or redirected.

Last week, President Obama voiced support for statewide efforts to ban gay conversion therapy, which purports to change gay people into straight people. "The overwhelming scientific evidence demonstrates that conversion therapy, especially when it is practiced on young people, is neither medically nor ethically appropriate and can cause substantial harm," White House senior advisor Valerie Jarrett wrote in response to a petition on the White House website.

Rubio leaned on his faith to explain his position. "I'm a member of the Catholic faith that teaches, for example, that divorce is wrong," he said. "But if someone gets divorced, I'm not going to stop loving them or having them a part of our lives."

The senator clarified that, while he's personally opposed to gay marriage, and he doesn't believe the court system should wade into the issue, he believes that states should be able to decide the matter as they see fit.

"If people want to change the definition of marriage, they should petition their state legislature, and they can have that debate in the political arena," he said. "Who I don't think should be redefining marriage is the court system."

Rubio, who declared his bid earlier this week, has pitched himself as the candidate of the future, suggesting his rivals (both fellow Republicans and Democratic frontrunner Hillary Clinton) represent the policies of the past. At 43, he's the youngest candidate currently in the race, and he's suggested Republicans need to make more inroads with younger voters if they hope to succeed.

Rubio's stance on same-sex marriage, though, is at odds with a large majority of younger voters. 74 percent of 18 to 29 year olds said in a Wall Street Journal/NBC poll last month that they support gay marriage, and only 20 percent disagreed. Even 61 percent of young Republicans said in a Pew Research Center poll last year that they support marriage equality for gay couples.

In March, one of Rubio's potential GOP rivals, Dr. Ben Carson, said he too believes being gay is a "choice," because "a lot of people who go into prison go into prison straight, and when they come out, they're gay. So, did something happen while they were in there? Ask yourself that question."

Carson later apologized for his "hurtful and divisive" comments, writing on his Facebook page, "I do not pretend to know how every individual came to their sexual orientation."