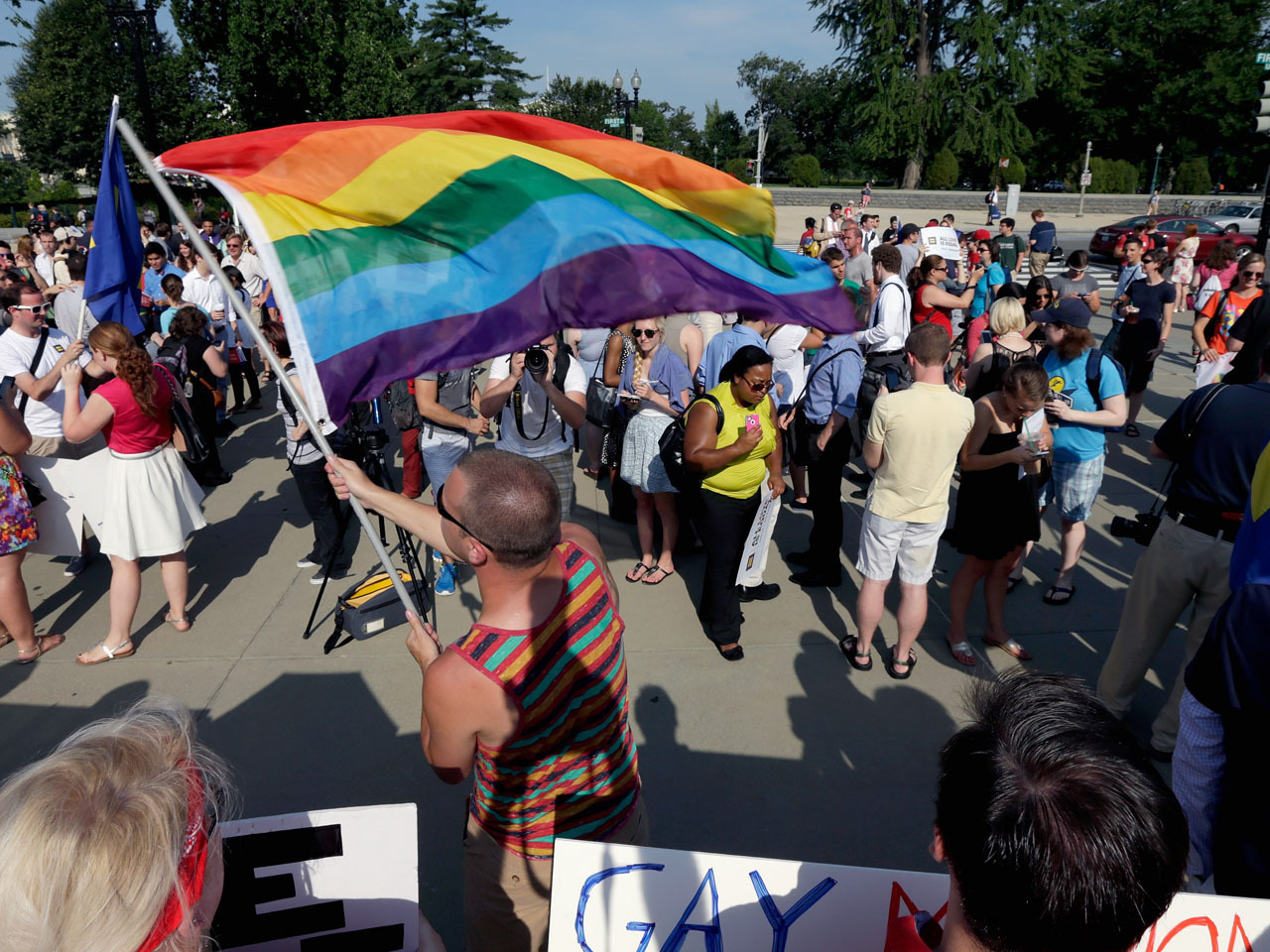 The Supreme Court on Friday agreed to finally consider the fundamental question of whether same-sex couples have a constitutional right to marry.

The court announced that it will review a federal appeals court ruling that upheld the same-sex marriage bans in four states. The nine justices should hear the arguments in April and will likely to issue a ruling on the matter around June.

When the Supreme Court in 2013 issued two major rulings regarding same-sex marriage, it sidestepped the fundamental question about the right to marry -- but it also opened the door for dozens of state and federal courts to issue rulings in favor of same-sex marriage.

The Supreme Court is now compelled to address the basic question of the right to marry because there is a split in the lower courts.

In September, a federal district court judge ruled in favor of a same-sex marriage ban for the first time since the Supreme Court's 2013 rulings, upholding Louisiana's marriage ban in Robicheaux v. George.

Then in November, the Sixth Circuit Court of Appeals upheld same-sex marriage bans in four states (Michigan, Ohio, Kentucky and Tennessee), making it the first federal court of appeals to defend marriage bans.

The Supreme Court turned down a request to review the Robicheaux decision, but it will review the Sixth Circuit ruling. Specifically, the court has allotted two-and-a-half hours to consider two questions: whether states are constitutionally required to issue marriage licenses to same-sex couples, and whether states must recognize same-sex marriages performed outside of their borders.

The court has a history of trailing public sentiment amid cultural shifts. It wasn't until 1972 in Eisenstadt v. Baird that the Supreme Court ruled unmarried women had the right to access birth control -- 12 years after the FDA approved the birth control pill. And by the time the court issued its landmark Loving v. Virginia ruling in 1967, only 16 states still prohibited interracial marriage.

Attorney General Eric Holder said in a statement Friday that the Justice Department will file a "friend of the court" brief, urging the Supreme Court to endorse marriage equality.

"It is time for our nation to take another critical step forward to ensure the fundamental equality of all Americans--no matter who they are, where they come from, or whom they love," Holder said.

Both gay rights advocates and opponents of same-sex marriage expressed high expectations for the court.

"It's time the Supreme Court ends the indignity and confusion still burdening countless same-sex couples, whose love and commitment is still undermined by discriminatory anti-marriage laws," GLAAD president Sarah Kate Ellis said in a statement. "But even as we look forward to the Supreme Court's decision, we must also remember that marriage equality in America is a benchmark, not a finish line."

Meanwhile, Brian Brown, president of the conservative National Organization for Marriage, said he expects the court to rule in favor of the lower court's ruling.

"We will be watching this case closely and anticipate an eventual victory for the democratic process, religious liberty, and the cherished institution of marriage which forms the very bedrock of our society," he said.

U.S. says same-sex partners of U.N. staff will have to marry or leave
More
Stephanie Condon