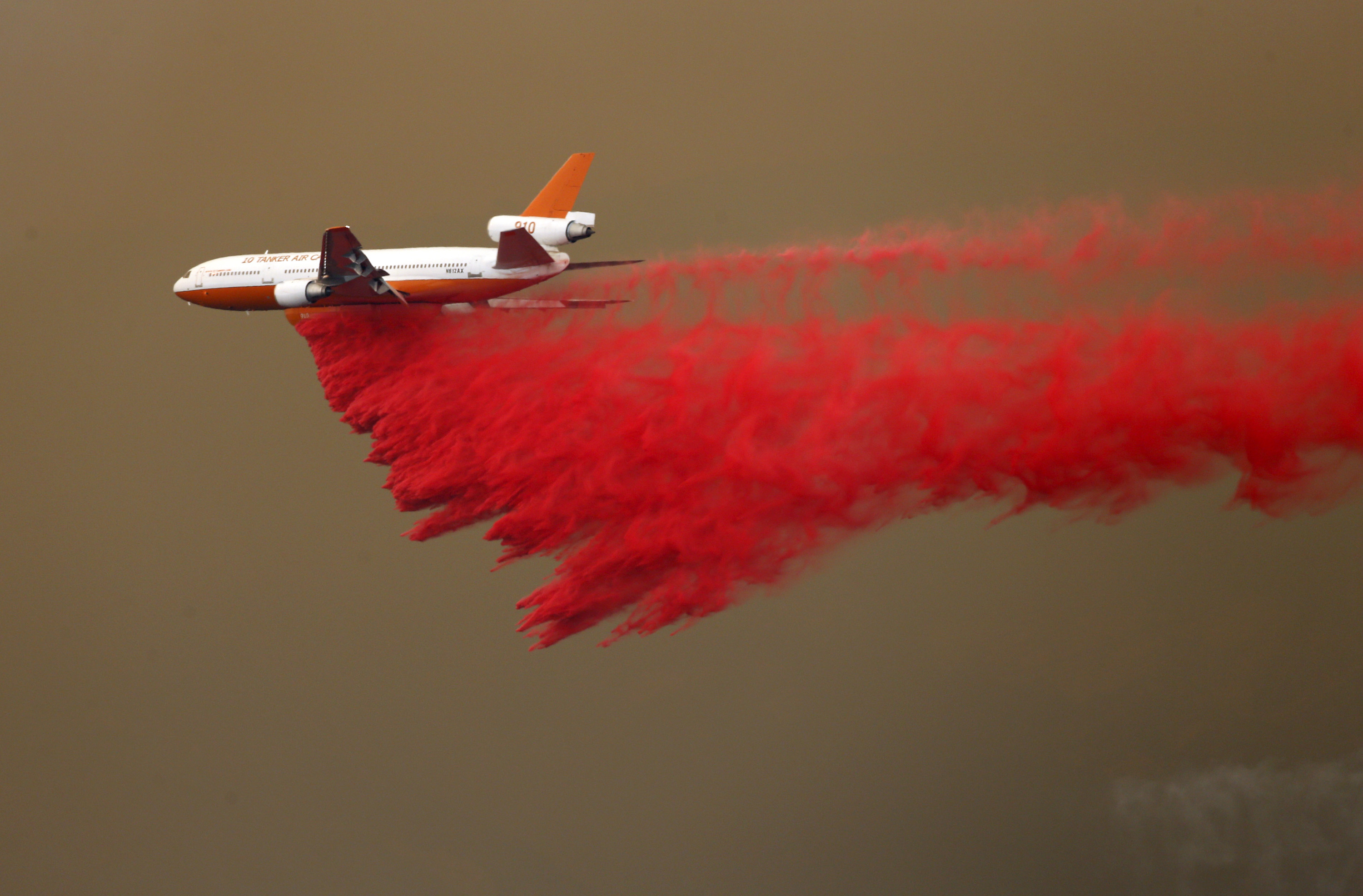 LOS ANGELES -- Crews battling the Sherpa Fire, burning for the fifth day in Santa Barbara County, faced temperatures in the 90s and strong winds on Sunday.

Efforts on Sunday focused on containment lines along the eastern edge of the fire, the southern part near Highway 101, and the northeast corner which is hilly terrain, inaccessible to firefighting equipment such as bulldozers, CBS affiliate KEYT reported.

The county is home to a billion-dollar agriculture industry. Avocado, citrus, and olive crops have already been lost.

Rancher Pat Brown watched the fire consume hundreds of acres of his pastureland but told CBS News' Teri Okita on Saturday that he didn't feel like he was in danger.

"Not at that point, but I knew what was coming," Brown said. "There was no doubt in mind, it was bad."

A new wildfire that broke out Sunday forced the evacuation of hundreds of a small town of about 600 people in the California desert near the Mexico border.

State fire spokesman Kendall Bortisser says about 75 people had to evacuate Sunday afternoon from Potrero, a town along State Route 94 just a few miles north of Tecate, Mexico, and about 40 miles southeast of San Diego.

Horses and other animals are also being evacuated in the ranching community. The blaze broke out shortly before noon amid triple-digit temperatures and significant winds.

Fire officials had initially said the entire community of Potrero, which consists of about 600 people according to the 2010 census, had been evacuated. But they later clarified that only about 75 residents were under evacuation orders.

Meanwhile, Los Angeles firefighters say they have contained a brush fire that threatened homes in a densely populated neighborhood along a freeway.

The fire broke out Sunday along State Route 2, scorching dry brush and trees and burning two structures described as toolsheds.

The freeway was closed as firefighters chased embers and hosed down backyards to douse flames and prevent them from flaring up again.

Neighbors in the Silver Lake area worked together to fight the blaze before firefighters arrived.

Paul Gaffner says he returned home from swimming at a pool to find a neighbor spraying down his burning yard.

The fire ignited as a heat wave sizzles across the region. Firefighters were working in triple-digit temperatures.

Firefighters say they plan to vigilantly monitor a massive wildfire in central New Mexico amid continuing of hot and dry weather conditions.

Fire officials said Sunday that light winds could contribute to heightened activity within the blaze that erupted last week in the Manzano Mountains south of Albuquerque.

Higher humidity overnight allowed crews to strengthen lines around the fire and mop up. But firefighters are now keeping watch for any potential hot spots where flames could jump across the line.

Phoenix has broken a hot-weather record set nearly 50 years ago on this date, hitting 117 degrees amid a heat wave. The National Weather Service says temperatures climbed quickly Sunday, with the high surpassing 115 before 1 p.m.

More than 950 personnel are working on the fire and helicopters and air tankers continue to drop retardant.

The roughly 28-square-mile wildfire has destroyed 24 homes and is still a threat to several rural, mountain communities.

It is 9 percent contained. The cause remains under investigation.