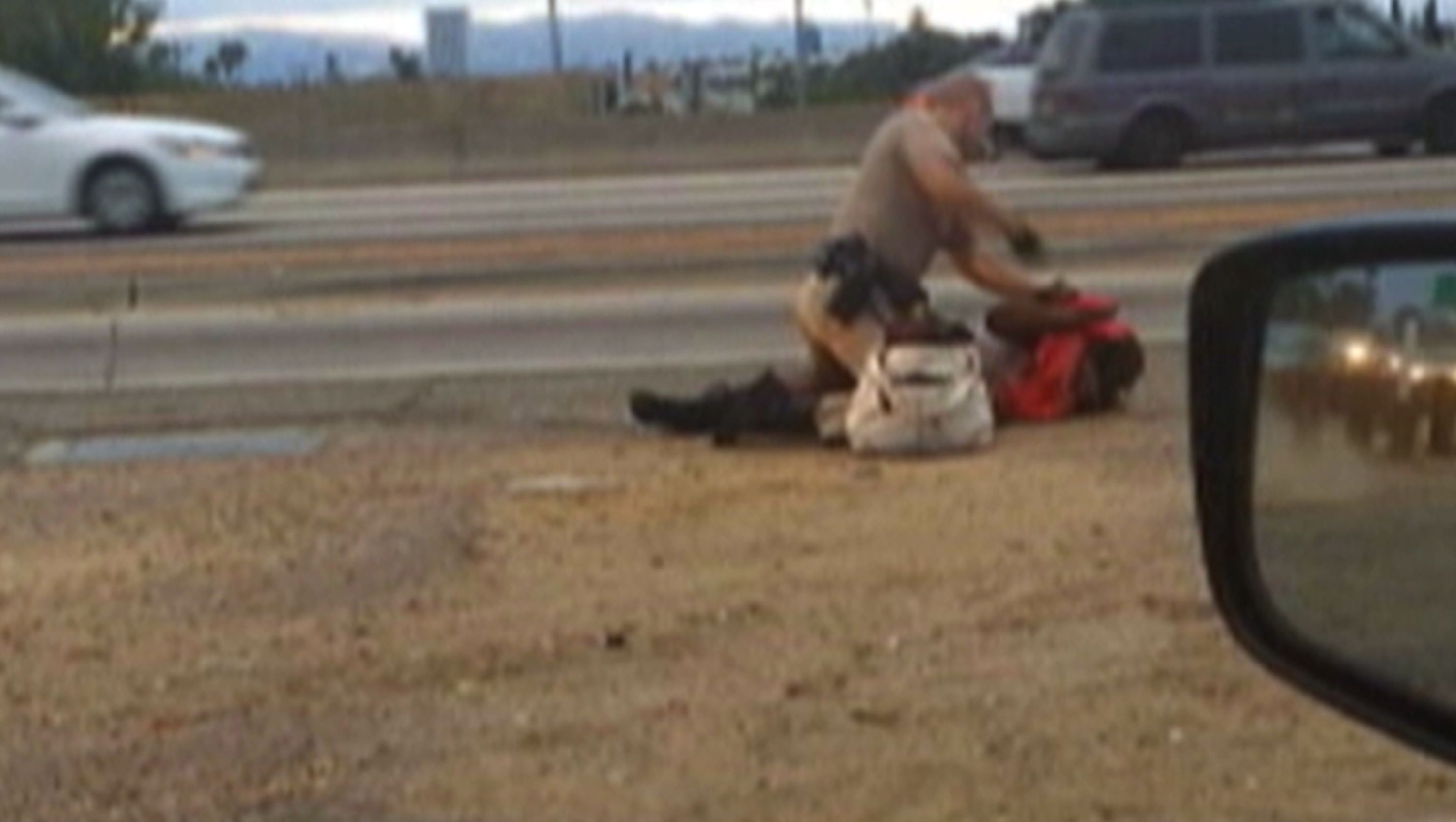 LOS ANGELES -- California Highway Patrol investigators have seized the medical records of a woman seen on video being repeatedly punched by one of its officers on the side of a Los Angeles freeway.

Pinnock's attorney, Caree Harper, said she was notified by Arevalo on Wednesday and told the search warrant was for "property or things that are evidence that tend to show that a felony has been committed or tends to show that a particular person has committed a felony."

Harper said the CHP took files that included statements to her doctor about how she was feeling and references to her attorney. She said she was outraged by the violation of doctor-patient privacy and attorney-client privilege. Harper has said she plans to file a federal lawsuit alleging civil rights violations and will hold a news conference Thursday.

"She suffered a traumatic head injury," Harper said. "How can you give away files about someone injured ... to the very people who beat her?"

The now-viral video shot July 1 by a passing driver shows Pinnock, 51, being repeatedly punched as she's straddled by the officer.

"She has had to be traumatized and watched her beating over and over again," Harper said last week.

The CHP said the woman was walking on Interstate 10 west of downtown Los Angeles, endangering herself and people in traffic, and the officer was trying to restrain her. The woman had begun walking off the freeway but returned when the confrontation occurred.

The officer, who has 1 1/2 years on the job, hasn't been identified and is on desk duty pending completion of the internal investigation.

Outraged community activists have held rallies all last week, including Saturday in Los Angeles. They are calling for a federal investigation. U.S. Rep. Maxine Waters went even further saying, "This is enough to demand his dismissal."

CHP Commissioner Joe Farrow has promised an internal investigation that concludes in weeks rather than the usual months.

Farrow told The Associated Press on Wednesday as he was returning from a second meeting with concerned community groups in Los Angeles that he couldn't confirm the search warrant.

"I think what they're trying to do is, they don't have a statement from her, and they're trying to find that out," Farrow said. "I don't think the CHP is trying to put her on trial or make it an issue about her. What I'm looking at is entirely about the circumstances, we all saw what happened. Our job is to find out the why and the how."