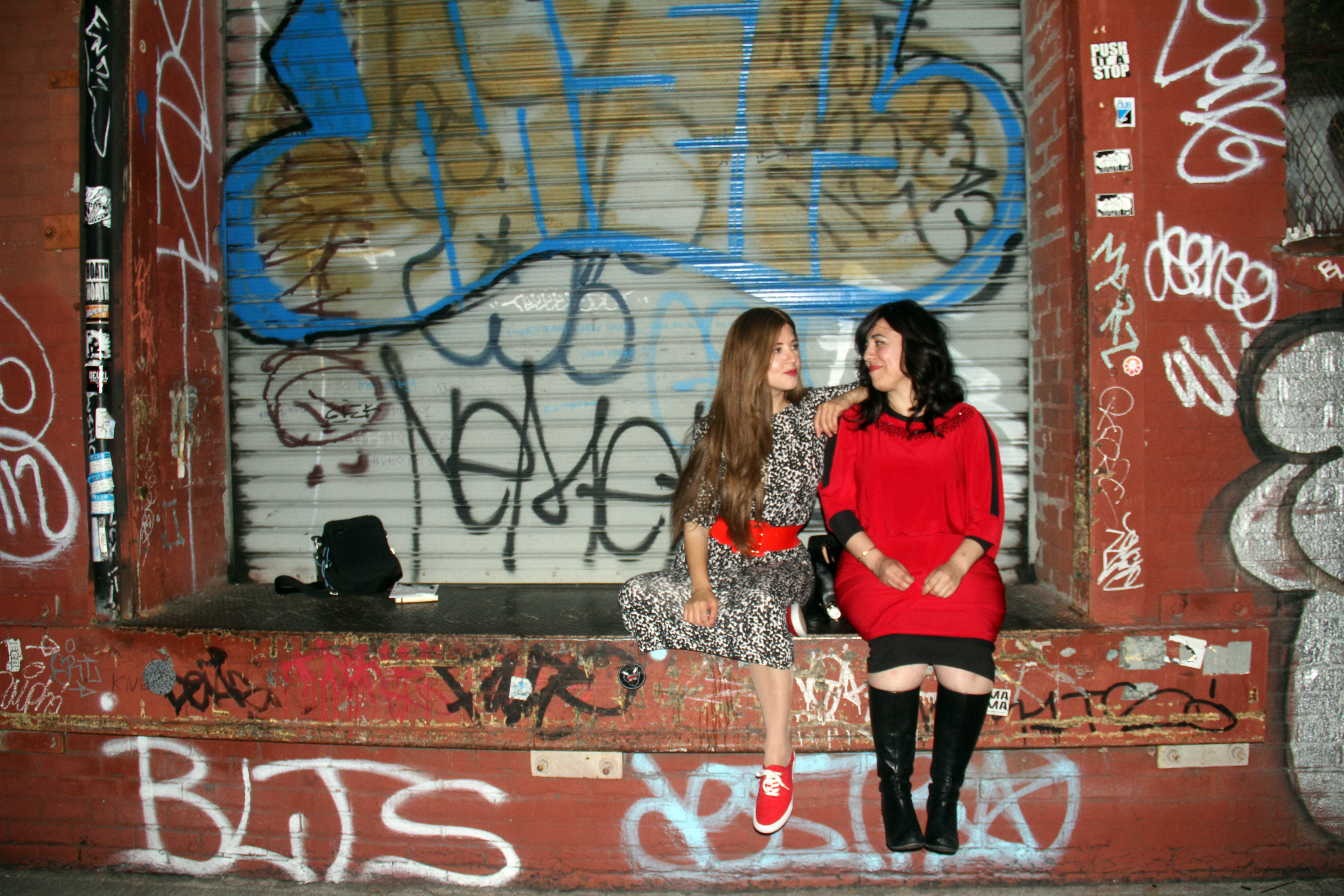 From The Supremes to Destiny's Child, it's not hard to list all-female music groups. Now try naming groups that only perform for females.

Members of the Brooklyn-based band Bulletproof Stockings made waves last month when they took the stage at Arlene's Grocery in Manhattan, their first public show. It was a night of firsts; never before had the venue banned men from entering.

For front ladies Perl Wolfe and Dalia Shusterman, the policy isn't a creative choice. As orthodox Jews, it's part of their religion. They follow "Kol isha," a prohibition that forbids men from hearing women sing.

"Jewish men cannot listen to Jewish women sing if they are not in their immediate family," frontwoman Perl Wolfe told CBS News. "There's no law for women, but because we live in our community, we choose to have separate events. There are events for men and events for women."

The band formed in 2011 when the two women were linked through a mutual friend.

"I was like 'Where would I find a Hasidic drummer who knows anything about rock music?' But she came over a night later and the rest is history," Wolfe said.

Wolfe added that there's something special about having all women together in one room.

"We understand why it's such a beautiful thing, to have that time to yourself, and also to connect to your feminine essence. All women can relate to each other just through the essence of being a woman," she said.

The line was out the door for the Stockings' show, filled with women of varying ages, religions and degrees of outfit modesty.

"I love it, I think it's awesome," said Brooklyn resident Adina Wolf. "There's a great mix of women* here tonight, some covering their elbows, some not."

*The one exception was this esteemed male journalist, who, under professional circumstances, was allowed to attend the show. This was fine, though at one point an attendee told the male journalist to get out of her way because she "came for a women-only experience."

Brooklyn-based promoter DJ Mojo co-booked the event, excited to give the group an opportunity to play.

"I've been working in clubs for 40 years and this is the first concert I've done only for women, but where I stand, the thing that qualifies them is they're great musicians," Mojo said.

Not everyone shares his sentiment. Multiple spaces have turned the Stockings down, calling their policy discrimination.

"There was a venue that came to us, wanting to book us, and at first I was like, 'We only perform to women,' and they said, 'Well, call us when you're ready to share your music with the world,'" Wolfe said.

The Hasidic alt-rockers played a lively hour-long set to the crowd of 100+. They belted out tracks from their recent EP, "Down to the Top," and a quick Yiddish jam in honor of the Jewish new year.

Their sound is one part Fiona Apple, one female Ramones, one part Bat Mitzvah.

"I love how they blend alt-rock and traditional Jewish music," said attendee and musician Alyson Greenfield.

For some, the music was the main draw of the show, for others it was a chance to have a ladies night. Because the show was women-only, some attendees felt they could let loose and rock harder than they would otherwise.

"The main mission is to create a kosher, safe space for women to express themselves, to get in touch with their femininity and rock out in their own way," Wolfe said. "Some women may say, 'I don't need a women's space to feel feminine.' Okay! But there are so many women that appreciate this-- religious, not religious, Jewish, not Jewish, women are coming out and being like 'this is awesome, this is what we want to experience!' It feels like we're really doing something."

So, what's next? The band is hitting the studio to record its first full-length album, and the ladies are excited to keep touring in the meantime.

But sorry fellas, if you like what you hear, you'll still have to settle for YouTube videos.