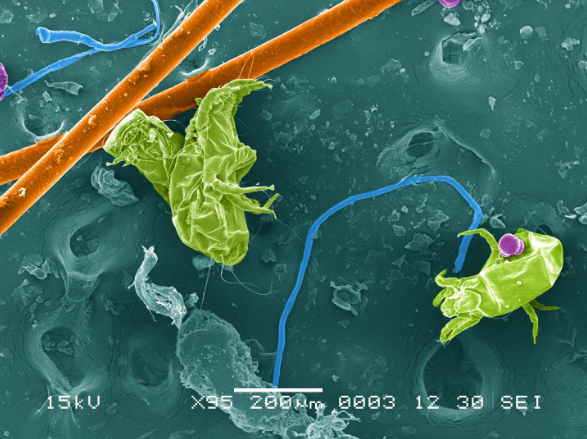 Here’s a new finding that suggests no amount of housecleaning will turn your home into a bug-free oasis: More than 600 types of insects, spiders and centipedes live in most American homes.

Researchers arrived at that startling number after analyzing bug DNA in dust samples collected from more than 700 homes across the continental United States.

Study participants swabbed some dust from the top of a doorway inside their house or apartment. The sealed swab was sent to the researchers, who then used DNA analysis to identify every genus of bug DNA found in the samples.

The investigators did find a greater diversity of bugs in rural homes, those with basements and those with cats or dogs.

“We were surprised to see that these three variables -- which we have some control over -- were more powerful predictors of biodiversity than climate,” she said. “We had expected environmental factors associated with regional climate to play a larger role than they actually did.

“This work is a significant step toward understanding the ecology of our own homes, with the goal of improving our understanding of how those organisms in our homes may affect our health and quality of life,” Madden said.

Previous research found that having pets in the home was linked with a greater diversity of germs such as bacteria and fungi.