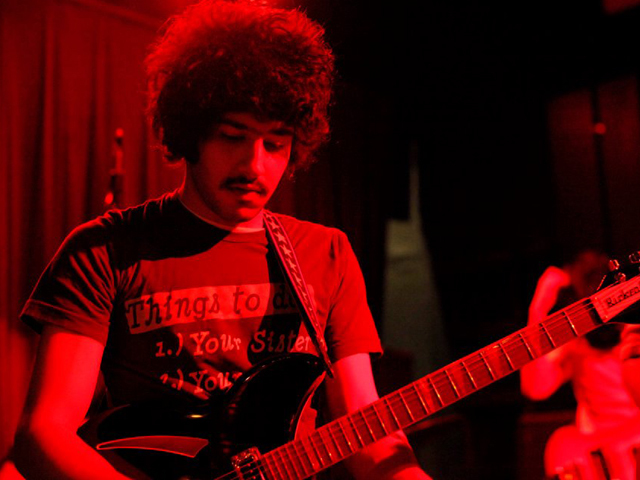 
"(CBS) - The band at the center of a triple murder-suicide in Brooklyn early Monday were "all awesome guys" who were "easy to get along with," says a photographer who became friendly with the group, The Yellow Dogs, in 2011.

"They were really focused on the music they were making," said Danny Krug, who publishes a Brooklyn-based magazine called 1.21 Gigawatts. "They came here from Tehran specifically to make music."

CBS New York reports that the band's management has identified the two slain band members as guitarist Sourosh Farazmand, and drummer Arash Farazmand. Both men were reportedly shot to death in their apartment in the East Williamsburg section of Brooklyn. Another musician named Ali Eskandarian, who lived with them but was not in the band, was also killed. According to the NYPD, a 22-year-old man was shot in the arm and taken to the hospital.

Police say the shooter's body was found on the roof of the building, with a rifle lying next to him.

Police have not released the names of the deceased, but the Associated Press quotes the band's manager, Ali Salehezadeh, as saying that the alleged shooter was a member of another Brooklyn band who had had a "petty conflict" with the group.

"There was a decision not to be around each other," he told the AP. "They were never that close to begin with. ... This was nothing. We thought it was all behind us."

Krug told CBS News' Crimesider that the band band threw great parties after their performances and an annual New Years Eve bash at the apartment where the massacre took place.

According to the band's Facebook page, The Yellow Dogs had played at the SXSW festival in Austin, Texas, and toured across the country, performing recently at Shea Stadium and the Brooklyn Bowl. The group's Twitter profile describes them as "A Post Punk/Dance Punk band from Tehran/IRAN, living in Brooklyn at the moment."

Ishmael Osekre, Brooklyn-based musician born in Ghana, told Crimesider that The Yellow Dogs were musically "unique," and called them "chill guys" who were "easy to work with."

Osekre said that when he first heard about the shooting, he thought there must be some other band with the same name that he didn't know about.

"Never had I ever had a weird vibe from them or seen them have a weird vibe with anyone else," said Osekre. "The Yellow Dogs were the kind of band we all knew was going to be a big deal."

"For all that to be snatched away, it's just so sad," he said.