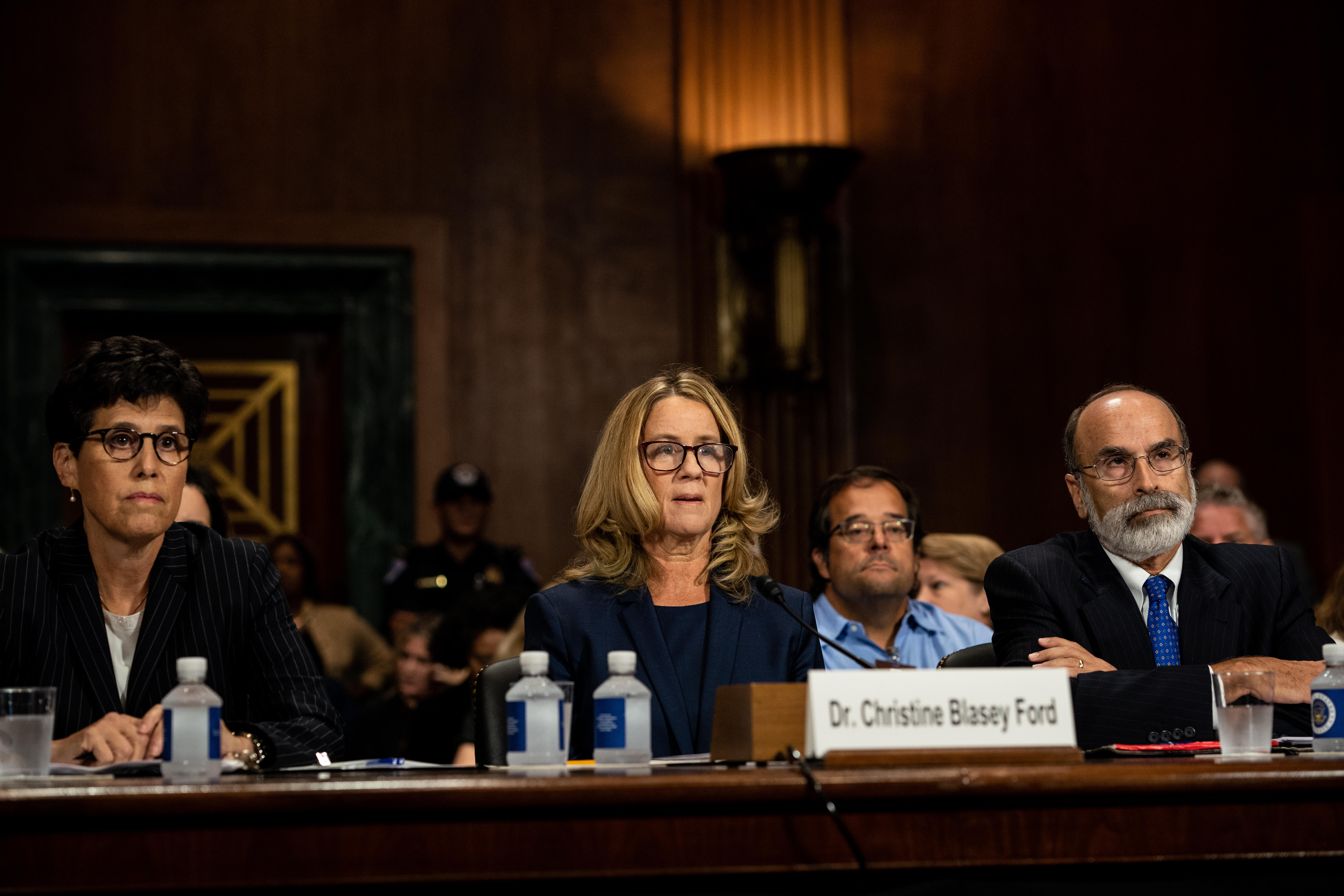 Telling her story in person for the first time, Ford, a California psychology professor, told the nation and the Senate Judiciary Committee her long-held secret of the alleged assault in a locked room at a gathering of friends in Maryland when she was 15. The memory — and specifically, she said, Kavanaugh's laughter during the act — was "locked" in her brain. She said she was "100 percent" certain of her account.

Hours later, Kavanaugh took the witness chair and angrily denied it, alternating a loud, defiant tone with near tears as he addressed the Senate Judiciary Committee. He, too, professed "100 percent" certainty.

A spokeswoman for RAINN — the Rape, Abuse & Incest National Network, which runs the National Sexual Assault Hotline — told CBS News the hotline often sees an uptick in calls when sexual assault is in the news. The hotline is confidential and connects callers to trained staff members for groups that support sexual assault victims in their area. The hotline saw a 57 percent increase in calls last weekend, compared to an average weekend, when a second accuser, Deborah Ramirez, detailed her sexual misconduct allegations against Kavanaugh in a New Yorker article.

Kavanaugh has emphatically denied all the allegations.

Since Ford came forward in mid-September, RAINN says the hotline has seen a 45.6 percent uptick in calls compared to the same time period in 2017. Thursday and Friday, the group tweeted that their online chat was experiencing "unprecedented" wait times.

Some sexual assault survivors have also shared their stories on social media since Ford came forward with her story. Many responded with fury last week to President Donald Trump's remarks challenging Ford's veracity. The president said she would surely have reported the assault to police "immediately" if the attack was "as bad as she says."

On Twitter, the hashtag #WhyIDidn'tReport was trending, with survivors coming forward with their own reasons. About 7 out of 10 people who experience sexual assault never report it, according to Justice Department statistics.