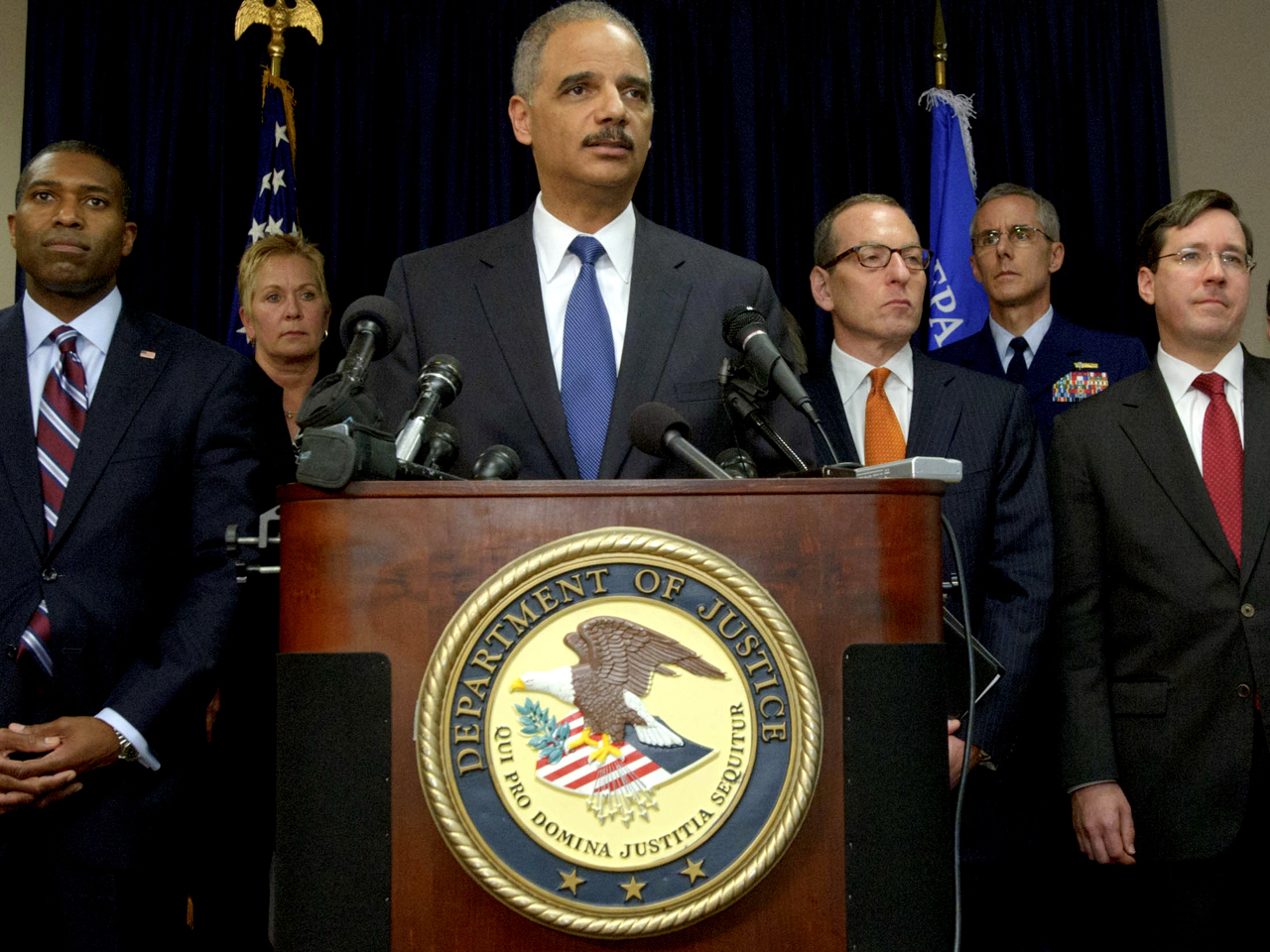 NEW ORLEANS While BP has resolved a sweeping criminal probe of its role in the massive 2010 oil spill in the Gulf of Mexico, two company employees charged in the deaths of 11 rig workers claim the Justice Department is trying to make them scapegoats for the disaster.

Attorneys for the highest-ranking BP employees aboard the Deepwater Horizon during the deadly explosion in April 2010 vowed to fight manslaughter charges against their clients. According to the indictment unsealed Thursday, Robert Kaluza and Donald Vidrine are accused of disregarding abnormal high-pressure readings that should have been glaring indications of trouble just before the blowout.

"It is almost inconceivable that any fair-minded person would blame this hard-working and diligent man for one of the most catastrophic events in the history of the oil business," Habans said in a statement.

Kaluza's attorneys, Shaun Clarke and David Gerger, said their 62-year-old client was a dedicated rig worker who "mourns his fallen co-workers every day."

"After nearly three years and tens of millions of dollars in investigation, the government needs a scapegoat," they said in a statement. "No one should take any satisfaction in this indictment of an innocent man. This is not justice."

Another indictment unsealed Thursday charges former BP executive David Rainey with obstruction of Congress and making false statements. Prosecutors said Rainey, who was BP's vice president of exploration for the Gulf of Mexico at the time, withheld information that more oil was gushing from the well than BP had initially estimated.

Rainey's lawyers accused the Justice Department of trying to "turn a tragic accident and its tumultuous aftermath into criminal activity."

"We are even more disappointed that BP has succumbed to the pressure and agreed to this extortionate settlement," they said in a statement.

Meanwhile, London-based BP has agreed to pay a record $4.5 billion and plead guilty to felony charges involving the 11 deaths and lying to Congress about how much oil was spewing from the blown-out well. The settlement includes nearly $1.3 billion in fines — the biggest criminal penalty in the nation's history.

Attorney General Eric Holder said the criminal investigation continues, but he didn't indicate whether other BP employees could be charged in the case.

"I hope that this sends a clear message to those who would engage in this kind of reckless and wanton conduct that there will be a significant penalty to pay, and that individuals in companies who are engaged in these kinds of activities will themselves be held responsible," Holder said.

Shelley Anderson's husband Jason died in the rig explosion. It was supposed to be his final day on Deepwater Horizon. She had mixed emotions about the settlement announcement, CBS News correspondent Manuel Bojorquez reports.

Sherri Revette, who lost her husband of 26 years, Dewey Revette, of State Line, Miss., in the explosion, said the indictments against the employees also brought mixed feelings.

"I'm saddened, but I'm also happy at the same time that they will be prosecuted. I feel for them, of course. You never know what impact your actions will have on others," she said.

Before Thursday, the only person charged in the disaster was a former BP engineer who was arrested in April on obstruction of justice charges, accused of deleting text messages about the company's handling of the spill.

The largest previous corporate criminal penalty assessed by the Justice Department was a $1.2 billion fine against drug maker Pfizer in 2009.

The settlement surpasses the $1 billion paid by Exxon for the 1989 Exxon Valdez oil spill off Alaska's coast. No Exxon executives were charged in that case, although ship captain Joseph Hazelwood was ultimately convicted of negligent discharge of oil and fined $50,000. He was cleared of earlier charges of being drunk when the ship ran aground.

BP has previously paid $63 million to settle federal charges of safety violations in the 2005 explosion at its Texas City oil refinery, which killed 15 workers. No individuals were charged in that case.

More recently, Alpha Natural Resources reached a $210 million settlement that spared the company criminal charges over the 2010 West Virginia coal mine explosion that killed 29 workers. The worst U.S. coal mining disaster in 40 years led to criminal charges against a former superintendent and security chief at the Upper Big Branch Mine.

David Uhlmann, director of the University of Michigan's Environmental Law and Policy Program, said even though the BP penalties are records they are at the low end of what the Justice Department could have sought. Uhlmann, a former top Justice Department environmental crimes prosecutor, said BP could have faced upwards of $40 billion in penalties.

"No one expected BP would pay anything close to that amount, given all of the other liabilities it has," he said. "But a $4.5 billion penalty, even though it is a record amount, is modest under the circumstances."

The settlement and the indictments came 2 1/2 years after the fiery drilling-rig explosion set off the biggest offshore oil spill in U.S. history.

The settlement appears to be well within BP's means, considering the oil giant made a record $25.8 billion in profits last year. And it will be given five years to pay. But the company still faces huge additional claims.

For one thing, the settlement does not cover the billions in civil penalties the U.S. government and the Gulf states are seeking from BP over the environmental damage.

Also, a federal judge in New Orleans is deciding whether to approve an estimated $7.8 billion settlement between BP and more than 100,000 businesses and individuals who say they were harmed by the spill. They include fishermen, charter boat captains, restaurants, hotels and property owners.

Under the settlement with the U.S. government, BP will plead guilty to 11 felony counts of misconduct or neglect of a vessel's officers, one felony count of obstruction of Congress and one misdemeanor count each under the Migratory Bird Treaty Act and the Clean Water Act. The workers' deaths were prosecuted under a federal law that protects seamen.