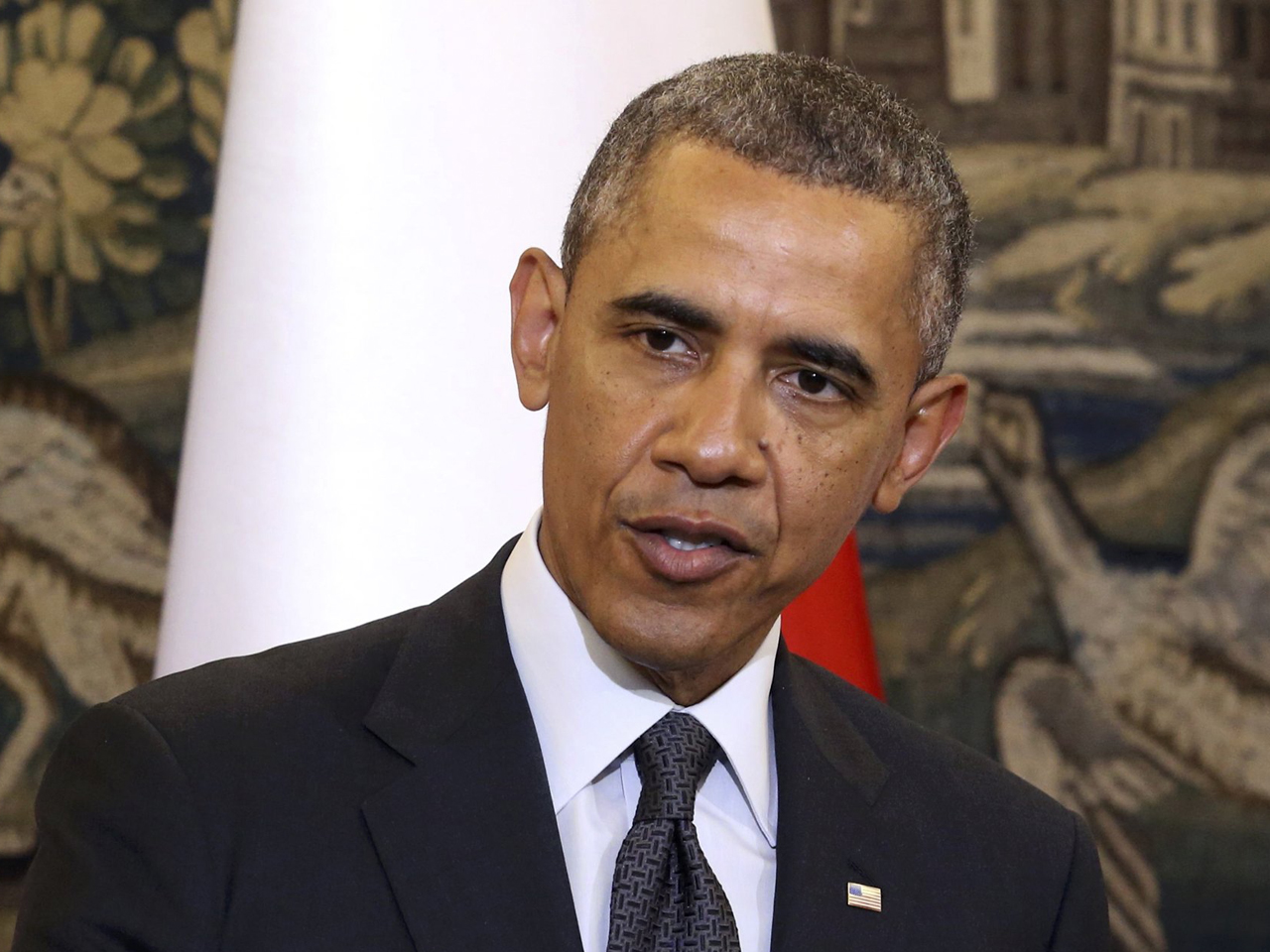 President Obama defended his decision Tuesday to swap five senior Taliban figures held for years at the Guantanamo Bay military prison for one American soldier, Sgt. Bowe Bergdahl, who was held by the group for five years after disappearing from his base in Afghanistan.

"Regardless of the circumstances," said Mr. Obama, "we still get an American soldier back." He said that was "what every mom and dad who has a son or daughter sent over to the theater of war should expect."

His administration circumvented the law by dealing with Qatar as an intermediary, rather than talking directly to the Taliban. The tiny Persian Gulf nation is a rarity in that it enjoys good relations with the U.S. while also hosting many current and former Taliban officials.

President Obama said the decision to move ahead with a negotiated prisoner swap came amid mounting concern for Bergdahl's well-being.

"We were concerned about Sgt. Bergdahl's health," the U.S. leader said during a joint news conference with his Polish counterpart, President Bronislaw Komorowski, in Warsaw.

Mr. Obama said the process to secure the young American soldier's release was "truncated because we wanted to make sure we didn't miss that window," indicating that a deal was on the table but might not have been for long. He said his administration believed the deal represented the best and possible last opportunity to get Bergdahl away from his captors.

It's widely believed that Bergdahl walked away from the base where he was stationed in Afghanistan in 2009, and many in the military community have criticized the release of five militants in exchange for a man who they view as a traitor.

CBS News correspondent David Martin reported that one Pentagon official, speaking privately, described Bergdahl as, "at worst, a deserter. At best, a stupid kid who caused us to expend great energy and resources to bring him home."

Mr. Obama deflected questions about Bergdahl's future, saying Tuesday the soldier was still facing a "whole battery of tests, and he's going to have to undergo a significant re-orientation."

Many in Washington have voiced concerns that the five Taliban militants freed in exchange for Bergdahl represent too significant a threat to the U.S. to have been allowed out of Guantanamo.

Several Republican lawmakers on the House and Senate Armed Services Committees have called for Congress to examine whether President Obama acted within the bounds of the law in the prisoner swap.

At issue is a law that requires the defense secretary to notify Congress 30 days before transferring any detainees out of Guantanamo, and to explain why they will not be in a position to harm the U.S. again, explained CBSNews.com's Rebecca Kaplan.

"I think in the eyes of many, he broke the law by not informing Congress 30 days before that," California Rep. Buck McKeon, the chairman of the House Armed Services Committee, said Monday on MSNBC.

"You just had Ambassador Rice, she said they'd been working on this for three years. She said Congress has been informed of this along the way. I don't know who they were talking to. I have not been a part of this, and I'm the chairman of the committee."

Under the terms of the deal, the five Taliban are to remain in Qatar for one year, and will be under surveillance by that nation's security forces.

Mr. Obama said their release "was conditioned on the Qataris keeping an eye on them," and implementing a "structure to monitor their activities."

Former deputy CIA director and CBS News contributor Mike Morrell told "CBS This Morning" co-host Charlie Rose on Tuesday he believed the Qatari "Emir's commitment to the president (Obama) is meaningful," but warned that if the five men chose to return to Afghanistan after that year, they are "going to be much harder to find."

President Obama said he wouldn't have approved the prisoner exchange "if I thought it was contrary to U.S. national security."