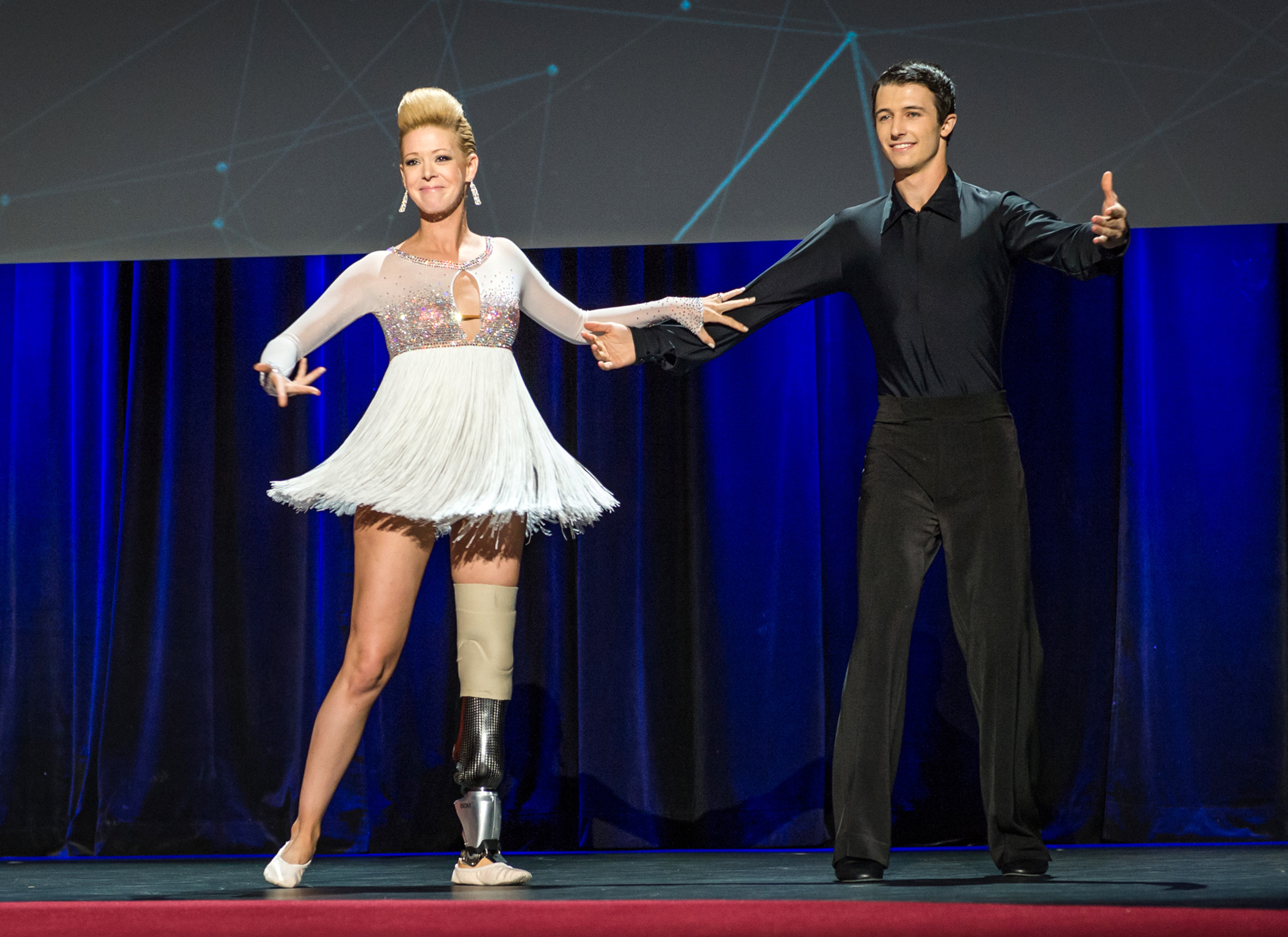 CBS Boston reports that the leg was packed with dancing equipment in her luggage during a recent trip. The professional dancer claims the lost items are worth more than $250,000.

She took her complaint to the airline public on Twitter Thursday night.

"We're terribly sorry we lost this bag and we're working directly with the customer to get it back to her just as soon as possible," an American Airlines spokesman told CBS Boston.

Haslet-Davis tweeted Friday that her bag "went to a country I've never been to." She updated shortly afterward to say the airline had found it.

Haslet-Davis lost her lower left leg in the April 2013 attacks. She danced again publicly at a March 2014 TED Conference in British Columbia thanks to a prosthesis made for her at the Massachusetts Institute of Technology Media Lab.