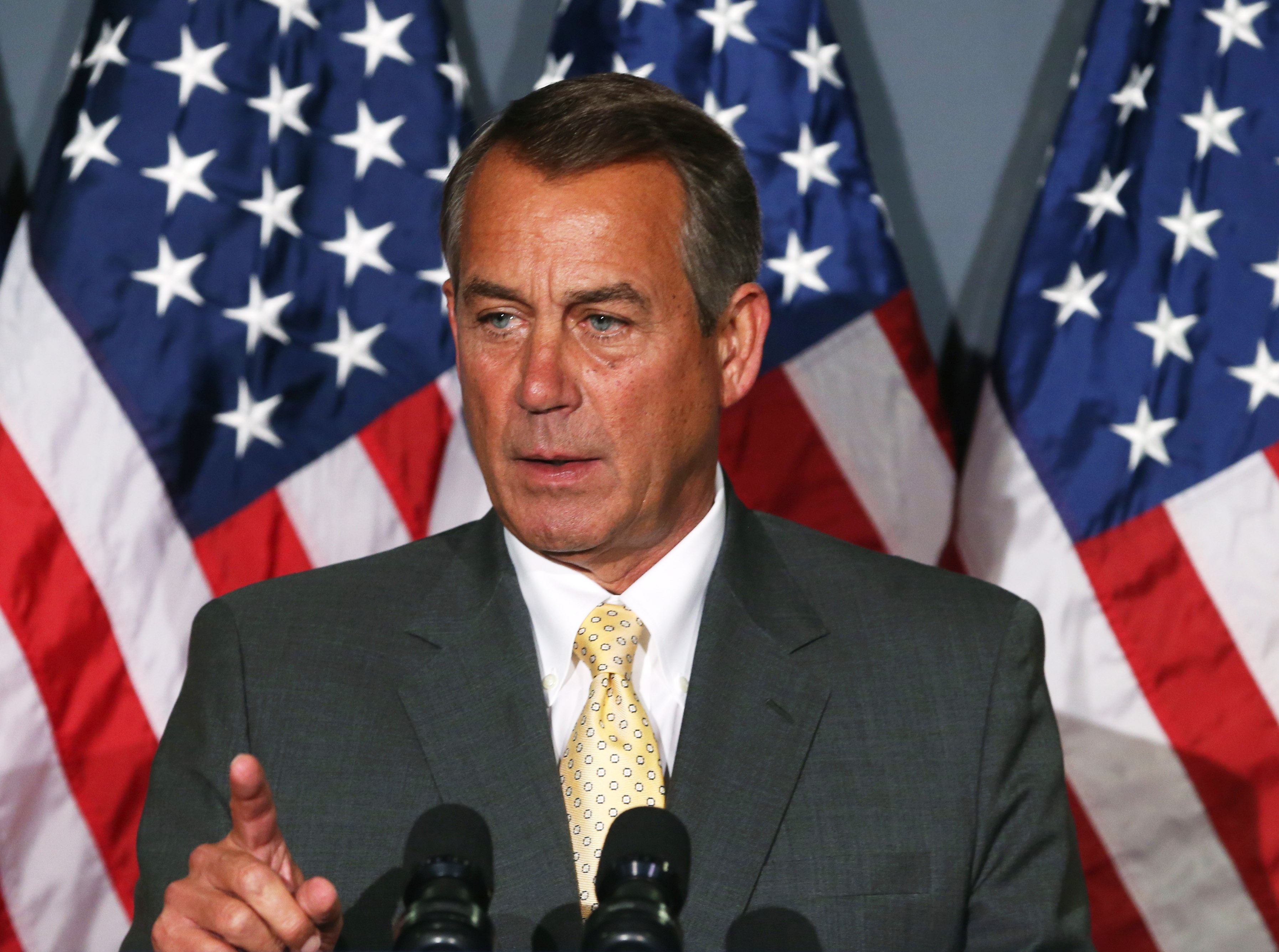 President Obama isn’t set to deliver the 2014 State of the Union address for hours but his power tug-of-war with House Speaker John Boehner, R-Ohio, has already begun.

During a press conference Tuesday morning, Boehner warned that the minimum-wage increase for new federal contractors the president announced earlier in the day will not only affect almost no workers, but is also bad policy.

"I suspect the president has the authority to raise the minimum wage for those dealing with federal contracts. But let's understand something: This affects not one current contract, it only affects future contracts with the federal government. And so I think the question is, how many people, Mr. President, will this executive action actually help? I suspect the answer is somewhere close to zero?” Boehner said.

"The very people the president purports to help are the ones who are going to be hurt by this," he added.

The president has spent recent weeks making clear that 2014 is the year he plans to expand the use of executive authority in order to nudge public policy without being beholden to a gridlocked Congress. Boehner, unsurprisingly, warned the president that this is not a wise – or necessary legal – tactic.

"This idea that he's just going to go it alone, I have to remind him we do have a constitution. And the Congress writes the laws, and the President’s job is to execute the laws faithfully. And if he tries to ignore this he's going to run into a brick wall,” he said.

Yet he still urged the president to work with Congress rather than against him. Chief among the Republican priorities Boehner cited are the Trade Promotion Authority to expand exports and approving the Keystone XL pipeline – the same priorities offered by Senate Minority Leader Mitch McConnellover the weekend. Both issues threaten to cause rifts between the president and his own party.