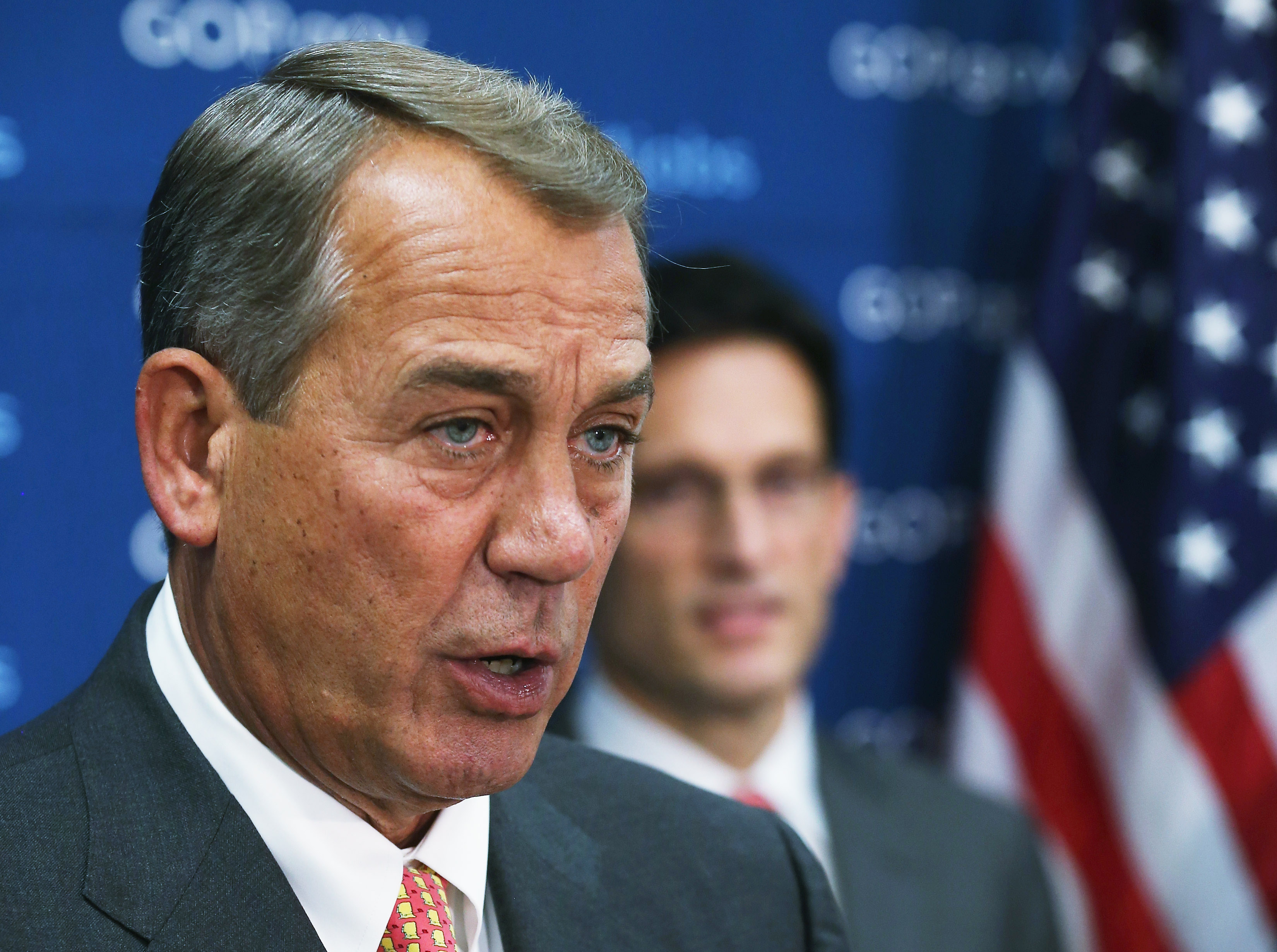 House Speaker John Boehner, R-Ohio, on Tuesday once again insisted that he's not interested in considering the Senate compromise bill to restore benefits for the longterm unemployed, calling the legislation "not implementable."

The administration, however, is challenging Boehner's rationale.

The speaker told reporters Tuesday that state officials have told him it would be too difficult to dole out benefits retroactively.

"State directors are saying we don't know who went back to work... we'd have to send checks to everybody," Boehner said. Putting the onus on the Democratic-led Senate to modify the legislation even further, he said, "I told the president I would consider this as long as it was paid for and as long as there are provisions that help improve the economy."

The Emergency Unemployment Compensation (EUC) program expired at the end of last year, leaving millions of Americans who have been out of work for months without government assistance. After several unsuccessful attempts to restore the program, a group of senators last month reached a compromise to reauthorize it for five months, in addition to retroactively paying benefits that expired on Dec. 28. The bill, which is expected to pass the Senate this week, is fully paid for and would introduce reforms to the program including ending payments to wealthy individuals and giving more individualized aid to the long-term unemployed.

Boehner made the same point about the Senate deal last week, when he said he received a letter from National Association of State Work Force Agencies (NASWA), stating that the Senate bill would "cause considerable delays in the implementation of the program and increased administrative issues and costs."

However, Labor Secretary Thomas Perez sent a letter to congressional leaders last week in response to the NASWA complaints, contending that issuing retroactive benefits wouldn't be a problem.

"Prior extension of EUC benefits have included retroactive payments for those who lost benefits during the lapse," he wrote. "In prior iterations of EUC where there has been a gap in the program, we have successfully overcome this challenge, and the [Labor] Department already has guidance on how to carry out such a directive."