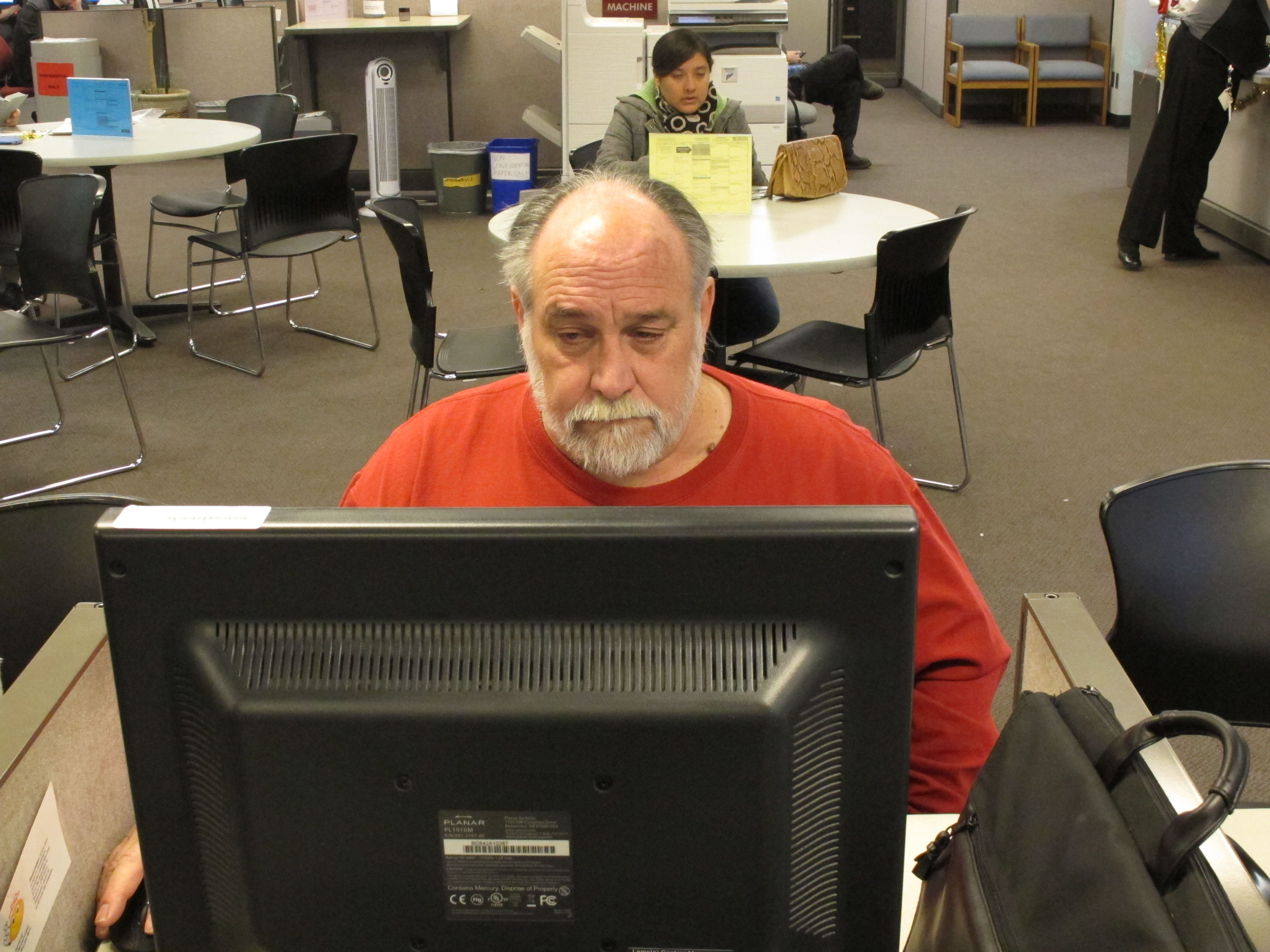 On Saturday, approximately 1.3 million Americans who have been unemployed for weeks, months or years are waking up to a grim reality: a steady supply of cash assistance through the Emergency Unemployment Compensation (EUC) program has been cut off, and as of right now, no help is on the horizon.

The federal program, which was expanded in 2008 to provide extra income to the long-term unemployed who have exhausted their 26 weeks of state benefits, lapses Saturday because Congress failed to extend the federal program into 2014. For much of the recession, the government not only offered extended benefits beyond those 26 weeks, but also introduced the EUC program to offer up to 99 weeks of assistance in many states.

In the first six months of 2014, 1.9 million additional Americans will use up their state-funded benefits and find themselves without a federal safety net waiting if the program is not renewed. That number will jump to 3.6 million people. According to a report from the White House Council of Economic Advisors and the Labor Department, in October the average length of unemployment was 36.1 weeks – two and a half months longer than state benefits will last with no extension. The long-term unemployment rate is 2.6 percent, roughly one-third of the overall employment rate of 7.3 percent.

“In no prior case has Congress allowed special extended benefits to expire when the unemployment rate was as high as it is today,” the report says.

It’s also been quite a while since anyone was able to receive 99 weeks of benefits, which average about $300 per week. Over the past two years, the average maximum weeks of available benefits has dropped from 85 to 54, or 36 percent, according to Congressional Research Service data.

So what’s the hold up? Democrats have been clamoring for an extension of the program, which would run the government more than $25 billion over the course of a year, according to a Congressional Budget Office estimate. They cite research from the Congressional Budget Office that says extending EUC would raise the GDP by 0.2 percent in 2014 and add about 200,000 jobs by the fourth quarter, largely because benefit recipients would be able to spend more money on consumer goods and services. That would spur demand and allow businesses to boost production and hire more workers.

But Republicans have said any extension of the benefits should be paid for so that they don’t add to the federal deficit. House Speaker John Boehner, R-Ohio, has put the impetus on President Obama to come up with such a plan.

“I said we would clearly consider it, as long as it was paid for and as long as there are other efforts that will help get our economy going once again. I have not seen a plan from the White House that meets those standards," he said before Congress left town earlier this month.

Most Democrats are arguing that this sort of emergency benefit doesn’t need to be paid for – at least not up front. In a call with reporters earlier this week, House Minority Leader Nancy Pelosi, D-Calif., said she didn’t “subscribe to the idea that the unemployment benefits need to be paid for…we have always considered this an emergency, an emergency that springs from a downturn in the economy.”  And Sen. Jack Reed, D-R.I., and Rep. Sandy Levin, D-Mich., are urging Congress to pass a three-month extension of the benefits and figure out how to pay for them afterward – preferably, they say, by closing a tax loophole, which is likely a nonstarter with Republicans.

Reed has written up such a three-month extension with Republican Sen. Dean Heller of Nevada, which Senate Majority Leader Harry Reid, D-Nev., has said will get a vote as soon as the Senate returns in early January. It has the White House’s seal of approval. But it’s not clear that there will be enough Republicans to join Democrats and overcome a potential filibuster. Some members of the GOP think the program has run its course, and it’s time to end it.

"Does it make sense for our country to borrow money from China to give it to the unemployed in America? That is weakening us as a country," Sen. Rand Paul, R-Ky., told NBC recently.

“I am worried about the workers. Not that I think they become bad people by becoming unemployed longer, but that the longer they're unemployed, the less likely they are to ever get a job again," Paul said.

Paul is correct that it’s hard for the long-term unemployed to find work – a researcher at Northeastern University found that companies are more likely to call someone with no relevant experience for a job opening who had only been out of work for a few months than someone who has the requisite experience but has been unemployed for more than six months.

But experts have found that the benefits don’t have a substantial effect on how long it takes people to find a job again. Two economists, Henry Farber from Princeton University and Robert Valletta of the Federal Reserve Bank of San Francisco, studied the question of whether extended unemployment benefits lengthen unemployment spells, and found that the primary effect of those benefits is “providing income to job losers who would have exited the labor force otherwise.”

For now, Democrats seem to be counting on the sad stories of those about to lose their benefits that have flooded local newspapers – not to mention the public pressure on lawmakers home for the holidays – to help secure an extension of benefits.

On a call with reporters earlier this week, several House Democratic women invited Mary Lowe of Ironton, Ohio, to share her story with reporters. Lowe had a bachelor’s degree in health care administration and worked in a major medical center for 15 years until her employer began large-scale layoffs. She was laid off from a position as the general manager at a local restaurant chain, and has applied for jobs paying as little as $10 an hour but was deemed too qualified. She supports her husband, whose business had gone under and who suffered a stroke two weeks ago, and her adopted daughter, Sophie, on benefits of about $325 a week.

“The callous indifference displayed by lawmakers is just beyond comprehension,” Lowe said while fighting back tears. “I hope and I beg that they restore and renew these benefits, and do it without delay. It really directly will impact whether I can keep my home.”

Levin and Reed offered up Deborah Barrett of Newport, R.I., who is unemployed for the first time in her life after being laid off from an accounting management position earlier this year. She cares for her 86-year-old mother, she said, but, “my job search is my full-time job.”

“I am sick and tired of people insinuating that folks in my position are not really trying to find jobs and are content to remain on unemployment. Such willful ignorance is deplorable,” she said.

Levin predicted that the personal stories and polling will help sway lawmakers to action. “If you extended the 1.2 million from Washington shoulder to shoulder it would extend to Lincoln, Neb.,” he told reporters Thursday. “The more we talk about it, the more we see the polling, the more we have some honest back and forth between Democrats and Republicans in the White House -- this has to happen.”

A Hart Research poll commissioned by the nonpartisan National Employment Law Project shows that 55 percent of American voters believe the benefits should be extended, as opposed to just 34 percent who say they should be cut off. They also pointed to two traditionally Republican groups – seniors and white non-college-educated voters – who favor extending the benefits (seniors by a margin of 61 percent to 31 percent and white non-college-educated voters by a margin of 52 percent to 37 percent).  Women also favor extending the benefits by a 20-point margin.