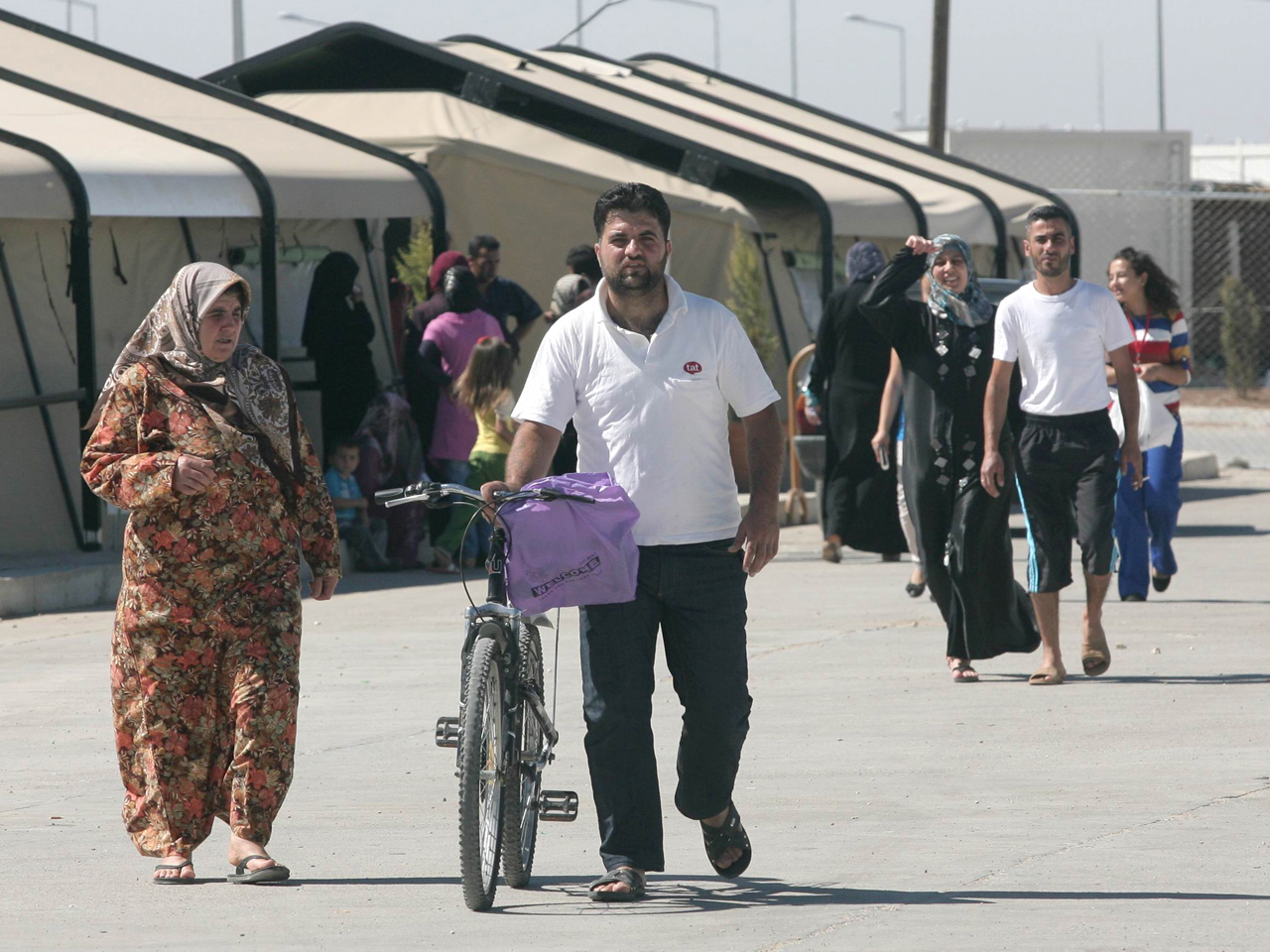 (AP) ISTANBUL - Some 58 people drowned when a fishing boat carrying migrants that smugglers had promised refuge in Europe sank after hitting rocks off the coast of western Turkey, officials said Thursday.

Nine children were among the dead, according to Turkey's Dogan News Agency. Several dozen survivors, mostly from Iraq and Syria, were able to swim through the Aegean waters to shore, only 160 feet away.

Survivors had told authorities that some people were trapped below the deck of the submerged vessel, and divers launched an operation to try to find them. Television footage showed several rescue vessels near the dim outline of the submerged boat, which lay just below the surface of the water. Ambulances waited at the top of a cliff, but there were no indications that anyone else had survived.

The group of migrants had previously made their way to hotels in the city of Izmir, where smugglers agreed to take them to Britain. Authorities arrested two Turkish suspects in the smuggling operation, Turkey's TRT television reported.

TRT earlier quoted Tahsin Kurtbeyoglu, a local administrator, as saying 20 bodies were recovered, but the toll rose through the day as more bodies were pulled from within the boat's confines. Those who survived were on the deck, rather than below with other members of their group. It was not immediately clear when the boat sank, but many such vessels carrying migrants make the journey at night to avoid detection by authorities.

Migrants from Asia and Africa have long sought to reach Europe by passing through Turkey, and their desperate efforts have occasionally ended in disaster. Each year, thousands try to sail to Greek islands from Turkish soil in rickety boats. Turkey is now hosting 80,000 Syrians who have fled the civil war in their country and are staying in camps just across the border, and some countries are concerned that larger numbers of Syrians could try to reach Europe illegally.

Greece said in July that it was quadrupling the number of guards at its border with Turkey and boosting other defenses in part because of worries about a potential influx. Some non-governmental groups believe migrants, deterred by tighter enforcement on the land border, are now turning back to more dangerous sea routes in their effort to start a life elsewhere.