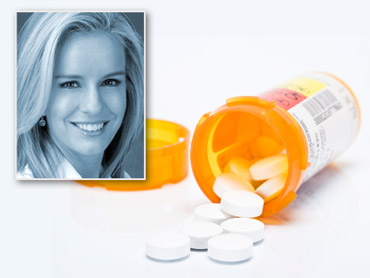 Key results from a landmark federal study are in, and the results are disappointing for diabetics: Adding drugs to drive blood pressure and blood-fats lower than current targets did not prevent heart problems, and in some cases caused harmful side effects.

A decade ago, the federal government launched the three-part study to see whether intensely lowering blood sugar, blood pressure, or fats in the blood would reduce heart attacks and strokes in diabetics. The first piece of the study - about blood sugar - was stopped two years ago, when researchers saw more instead of less risk with that approach. Now, the other two parts of the study are in.

What should diabetics do? Focus on healthy diets and lifestyles, and take tried-and-true medicines that doctors recommend now to control health risks, said several experts, including Dr. Clyde Yancy, a cardiologist at Baylor University Medical Center in Dallas cardiologist and president of the American Heart Association.

The studies were presented Sunday at an American College of Cardiology conference and published on the Internet by the New England Journal of Medicine.

They involve people with Type 2 diabetes - the most common form and the one rising because of the obesity epidemic. Diabetics have more than double the risk of dying of heart attacks or strokes than people without the disease.

For the blood-fat study, researchers led by Columbia University's Dr. Henry Ginsburg recruited more than 5,500 diabetics who also had another health risk, such as high blood pressure or cholesterol.

All were given a statin - cholesterol-lowering pills sold as Lipitor and Zocor that have long been known to save lives. Half also were given Abbott Laboratories' blockbuster drug, TriCor; the rest got dummy pills. TriCor is a fibrate, a drug that lowers blood fats called trigylcerides while boosting "good" cholesterol.

Nearly five years later, the groups had similar rates of heart attacks and strokes, although people with very high blood fats seemed to benefit from TriCor.

There also were signs of a gender difference - TriCor seemed to help men but appeared to possibly harm women, by raising the chance they would suffer a heart problem compared to women taking dummy pills.

"It's hard to know what to make of these trends," said Dr. Jorge Plutzky, preventive cardiology chief at Brigham and Women's Hospital in Boston. He had no role in the study and has consulted for a variety of drug makers, as have many of the researchers involved in the work.

The blood-pressure part of the study was led by Dr. William Cushman, preventive medicine chief at Veterans Affairs Medical Center in Memphis, Tenn. About 4,700 diabetics were treated with various medicines to keep their systolic blood pressure - the top number - either below 140 or below 120.

CBS News Medical Correspondent Dr. Jennifer Ashton said on "The Early Show,""The subtle and intricate point, and it was a sophisticated study, was based on the fact that patients with Type 2 diabetes, because they typically are obese, they have high cholesterol blood pressure, the metabolic syndrome. If you could target each of those individual risk factors, in addition to their sugar control, then would have an impact on their incidence of stroke, heart attack and death. This is possibly an example of how more is not always better when you're talking about medications."

However, people should not stop taking any medicine without checking with their doctors first, experts said.

"In no way do these studies mean that patients do not need to make sure their blood pressure, glucose or lipid levels are under good control," Plutzky said.

Ashton added, "It is much more preferable to prevent a disease in the first place, than to treat it once it has appeared. ... We really need to look at this like the glass is half full. As these drugs are more and more on the market, they will be studied more rigorously, not just whether they work in the lab, but whether they prevent the end point that's relevant in a clinical sense."

An Abbott vice president, Dr. Eugene Sun, said the results of the fat-lowering study were "not surprising given that two-thirds of patients in the trial would not be treated with fibrates under current guidelines."