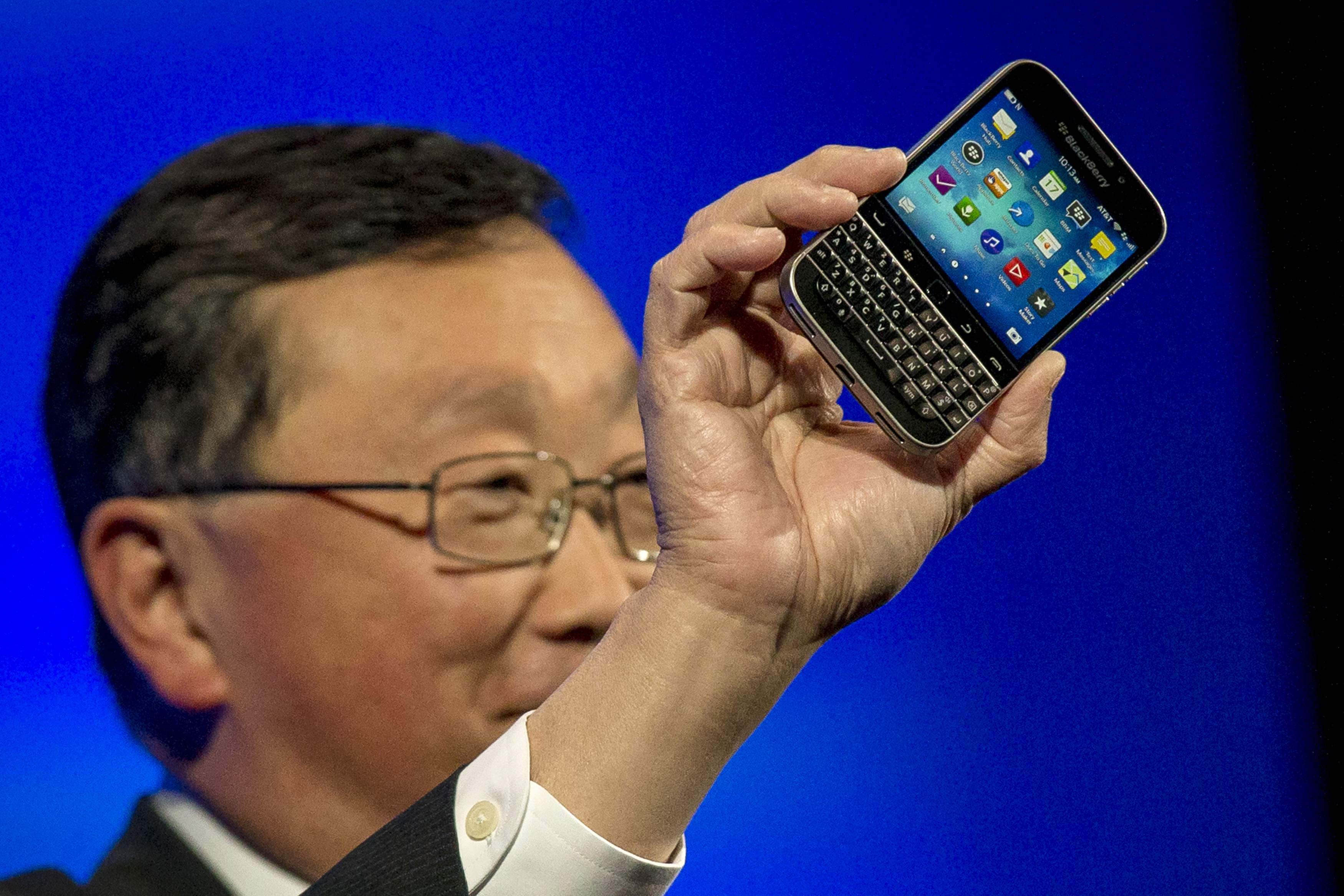 It’s a big nail in the coffin for phones from BlackBerry.

The Canadian company said Wednesday it will shut down its phone business after the failure of its latest bid to use Google’s Android  software to stimulate interest. Instead, BlackBerry will rely on others to design, build and sell the devices so it can save on capital.

“The company plans to end all internal hardware development and will outsource that function to partners,” CEO John Chen said in a statement.

So far, BlackBerry has named just one such partner: Indonesia-based BB Merah Putih.

BlackBerry’s decision closes a significant chapter in one of the most storied franchises in the phone industry, and it puts an even higher premium on the company’s shift of focus to software and services. BlackBerry was among the high flyers in the early days of mobile phones. Legions of “CrackBerry” addicts in the white-collar workforce tapped away at its trademark physical keys in the early 2000s.

Like many other companies, BlackBerry failed to anticipate the rise of Apple’s iPhone and of phones running Google’s Android software, which knocked BlackBerry back on its heels for years. Consumers have paid little attention to its phones despite the company’s attempts to modernize the BlackBerry software and, in a last-ditch effort last year, to embrace Android.

It’s been an unstoppable descent. In 2009, BlackBerry controlled one-fifth of the phone market, just behind Nokia. Today, it holds a tiny fraction of 1 percent, according to Gartner.

Analysts, on average, forecast a loss of 5 cents a share and revenue of $394 million.

BlackBerry declined to comment on how many jobs would be cut, only noting that it has been “transitioning our mobile solutions work force” for quite some time.

Chen confirmed on a call with analysts that BlackBerry will have little to do with future hardware efforts and will only collect a royalty fee on any phone sold by its partners.

BlackBerry had previously teased a second Android phone to come, but that’s unlikely to show up.

It’s unclear whether future phones from the partnership will make their way to mature markets like the US, where the carriers have been lukewarm about carrying the devices. There remains, though, a small but dedicated base of users who appreciate the physical keyboard and focus on security.

A BlackBerry spokeswoman said she didn’t believe this move would hurt the ability for these phones to enter the US market. She also declined to comment on the prospect of a licensed phone using BlackBerry 10 software.

Chen hinted at other interested companies looking to strike similar partnerships around the world, but didn’t provide any names. He also hinted that there would be high-end devices focused on security.

BlackBerry plans to complete the shutdown of the internal hardware business by the end of this fiscal year.

But Chen has always been lukewarm about the phone business. He has said on multiple occasions that he would drop out of phones if that business couldn’t generate a profit, which many took as a warning. He also never felt entirely comfortable as a pitchman for the devices. In July, he didn’t bother to show up at the unveiling of BlackBerry’s Android-powered DTEK 50 phone.

The DTEK 50 was a sign of things to come. The phone was built by Alcatel OneTouch and is virtually identical to Alcatel’s Idol 4. Chen had already signed deals to outsource much of manufacturing to other partners, including getting Foxconn to build some of its phones. Until now, though, the company has kept significant internal resources devoted to hardware.

BlackBerry’s final Hail Mary, its embrace of the Android operating system, was the brainchild of veteran phone executive Ron Louks. He assumed that wider access to Android apps, combined with its reputation for security, would turn some heads in the corporate world. It did not. The first Android-powered phone, the BlackBerry Priv, was a high-end premium device that landed with a thud last year.

Louks left BlackBerry in May. BlackBerry named Ralph Pini, who ran the radio-frequency technology development business at the company, to replace him.

Back from the edge

Credit does go to Chen for keeping BlackBerry alive after his predecessor, Thorsten Heins, nearly killed the company with a push to create a line of more mainstream-friendly phones running on the revamped BlackBerry 10 operating system.

Heins believed the BlackBerry Z10 could compete against the likes of the iPhone and Galaxy S franchises. Instead, the failure of the Z10 and the successor models spurred many predictions (including our own) of its demise.

Chen believes the software business now is on solid enough footing to rip the bandage off the hardware unit.

“We are reaching an inflection point with our strategy,” he said. “Our financial foundation is strong, and our pivot to software is taking hold.”

Roger Cheng is the executive editor in charge of breaking news for CNET News. Prior to this, he was on the telecommunications beat and wrote for Dow Jones Newswires and The Wall Street Journal for nearly a decade. He's a devoted Trojan alum and Los Angeles Lakers fan.