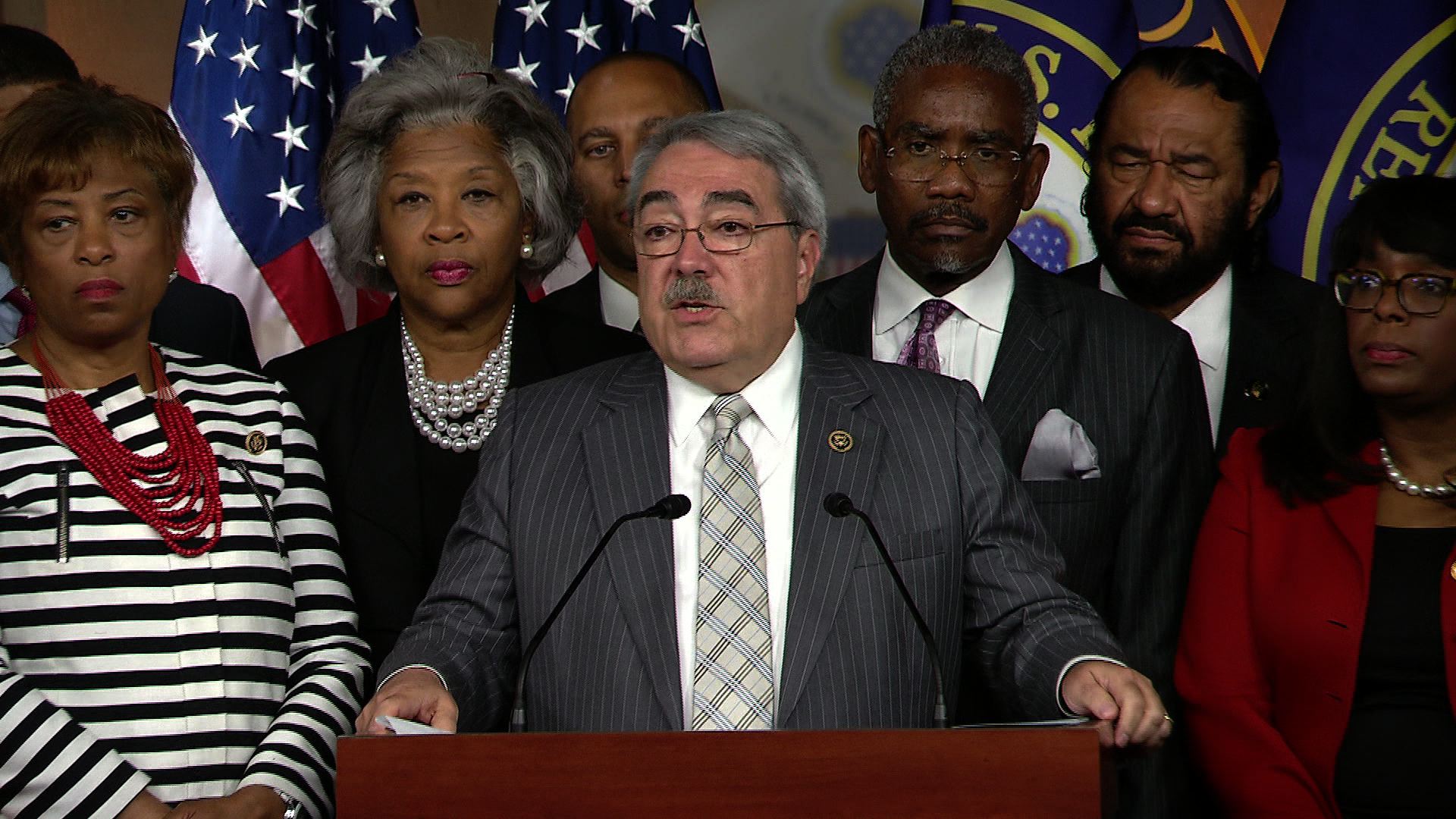 Black lawmakers on Capitol Hill are demanding that GOP leaders green-light legislation that would prevent gun violence in the wake of shootings in Louisiana, Minnesota and Texas.

Congress shouldn't leave Washington this week or next week, he added, without assuring the nation that lawmakers understand the problem of police misconduct in America. They are scheduled to leave for a seven-week summer recess next Friday.

Rep. John Conyers, D-Michigan, said that Congress should expand background checks for all firearm purchases and reinstate a ban on military-style assault weapons.

"When I look at Congress, I can do nothing but conclude that they are co-conspirators in the devaluation of the lives of men and women of color," Rep. Cedric Richmond, Louisiana, added.

The lawmakers were referring to two deadly-police related shootings of black men this week as well as the mass shooting in Dallas, Texas on Thursday night of a number of police officers.

First, there was a deadly encounter Tuesday between two Baton Rouge officers and 37-year-old Alton Sterling, who died at the scene. A bystander captured the incident on cell phone video and then posted it on social media. One video clip appears to show the police officers pinning down Sterling, who was then shot multiple times in the back and chest.

The other shooting in Falcon Heights, a suburb of St. Paul, occurred Wednesday night when a Minnesota police officer pulled over a vehicle. The officer eventually fatally shot 32-year-old Philando Castile, who was in the car with his girlfriend, Diamond Reynolds, and a child at the time of the shooting. Reynolds live-streamed the incident on Facebook Wednesday night and she said they were pulled over for a "busted tail light." She said her boyfriend was reaching for his ID and wallet when the officer shot him.

On Thursday night, gunmen shot and killed five police officers and wounded seven others during a protest over the other two shootings.

On Capitol Hill, Republicans delayed a vote in the House this week that would bar suspected terrorists from buying guns because of objections from conservative members.