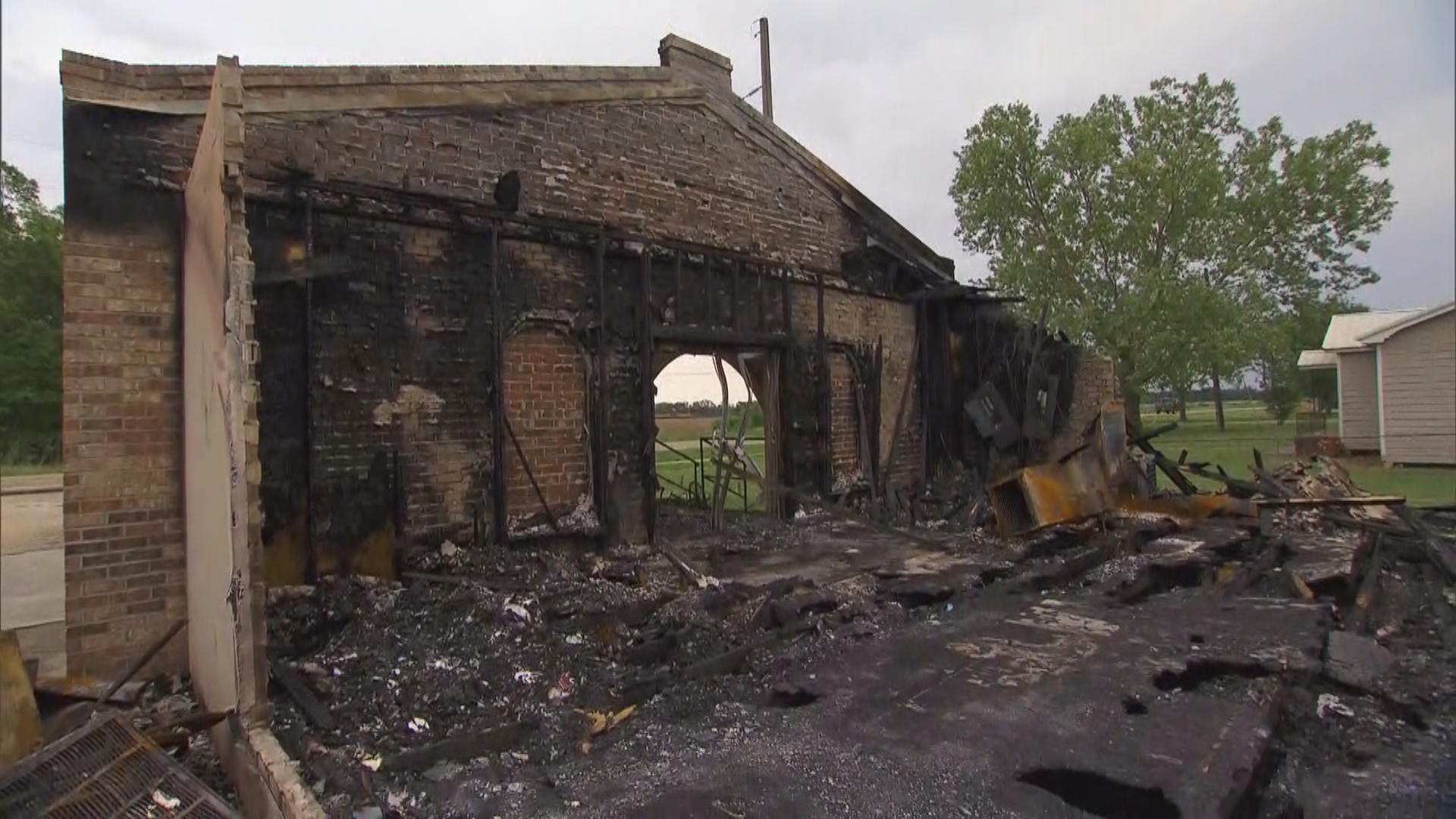 The sheriff's deputy's son who was arrested in a series of fires set at African American churches in Louisiana last spring pleaded guilty Monday to four federal criminal counts. Holden Matthews, 22, admitted he set the fires to raise his profile as an aspiring "black metal" musician, the U.S. Attorney's Office said in a statement.

The statement from federal prosecutors said that Matthews pleaded guilty to three counts of intentional damage to religious property, a federal hate crime carrying a possible 20-year sentence per count. He also pleaded to one count of using fire to commit a felony, which has a possible 10-year sentence. He entered the pleas in federal court in Lafayette. Three churches were burned in a span of 10 days, beginning in late March 2019, in an area roughly 140 miles west of New Orleans in St. Landry Parish.

Matthews is white, and the destruction of the three historic black churches evoked memories of civil rights-era terrorism. But race is not mentioned as a factor in the charges. The indictment said the fires were set "because of the religious character" of the properties.

Fire investigators previously said they were eyeing Matthews' interest in "black metal," an extreme sub-genre of heavy metal music, as a possible motive. Matthews' social media shows is the lead singer for a band called Vodka Vultures. The black metal scene was associated with Christian church burnings in Norway in the 1990s, and a smaller subset of black metal bands espouse neo-Nazi beliefs.

"Matthews admitted to setting the fires because of the religious character of these buildings, in an effort to raise his profile as a black metal musician by copying similar crimes committed in Norway in the 1990s," the U.S. Attorney's statement said.

According to the U.S. attorney's office, Matthews admitted he took photos and videos of fires at the first two churches "in real time on his cell phone, as he watched those churches burn, and that he had posted them to Facebook in an effort to promote himself in the black metal community."

In 1994, Norwegian black metal musician Varg Vikernes was sentenced to 21 years in prison for manslaughter in the stabbing death of a fellow band member and for arson attacks on three churches.

Vikernes, a far-right figure and alleged sympathizer of Norwegian mass murderer Anders Behring Breivik, was arrested in 2013 for an alleged terrorist plot. Matthews had posted a comment on social media about a movie's portrayal of Vikernes, the Associated Press reported after Matthews' arrest.

"Holden Matthews made a conscious decision to randomly target and destroy churches within his own community," FBI Special Agent in Charge Bryan Vorndran said in the statemnet. "His atrocious actions inflicted severe pain and grief upon these congregations, as well as all of St. Landry Parish."

Matthews also faces state charges in connection with the fires. Don Richard, an assistant district attorney in St. Landry, told The Associated Press he hoped to begin resolving the state case after the federal plea but declined to discuss details.