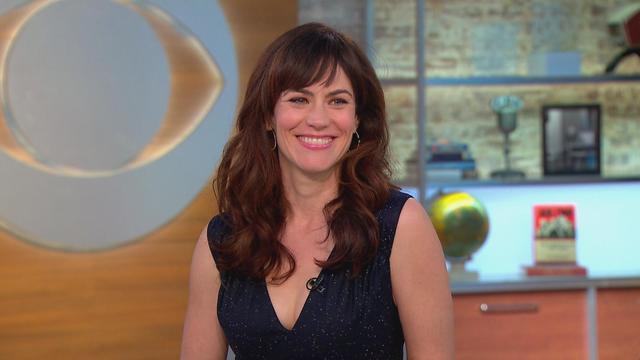 Siff's character is often caught between protecting her career with Axe Capital and her husband's crusade for justice. In the show's third season, Wendy finds herself pushing the bounds of her own morality.

"I would say where she sits morally is a little more ambiguous this season. She's gotten more tangled up in the law herself. She's been implicated. She's had to do things to protect her family, things that you've never seen her do before, and that's brought her a little closer to the moral compass of those two guys, which I think has actually been a really interesting component for the character 'cause you see the kind of depth and charge that she can have when she chooses to exert more force," Siff told "CBS This Morning."

That ambiguity, for Siff, has made the character of Wendy Rhoades all the more interesting to play.

"As a character, I think it's easy to get attached to being kind of morally righteous and to sort of enjoy playing that position, but as an actress, I feel in a way it's more interesting when you get a more 360-degree sort of perspective on a person who's imperfect. And so I've really welcomed those changes because I think it's given me more room to play and it's made the character a lot weirder and more dimensional."

To hear about the time Siff spent working at a Wall Street hedge fund in her 20s, watch the video in the player above.

Below, you can watch a trailer for the Showtime series "Billions."