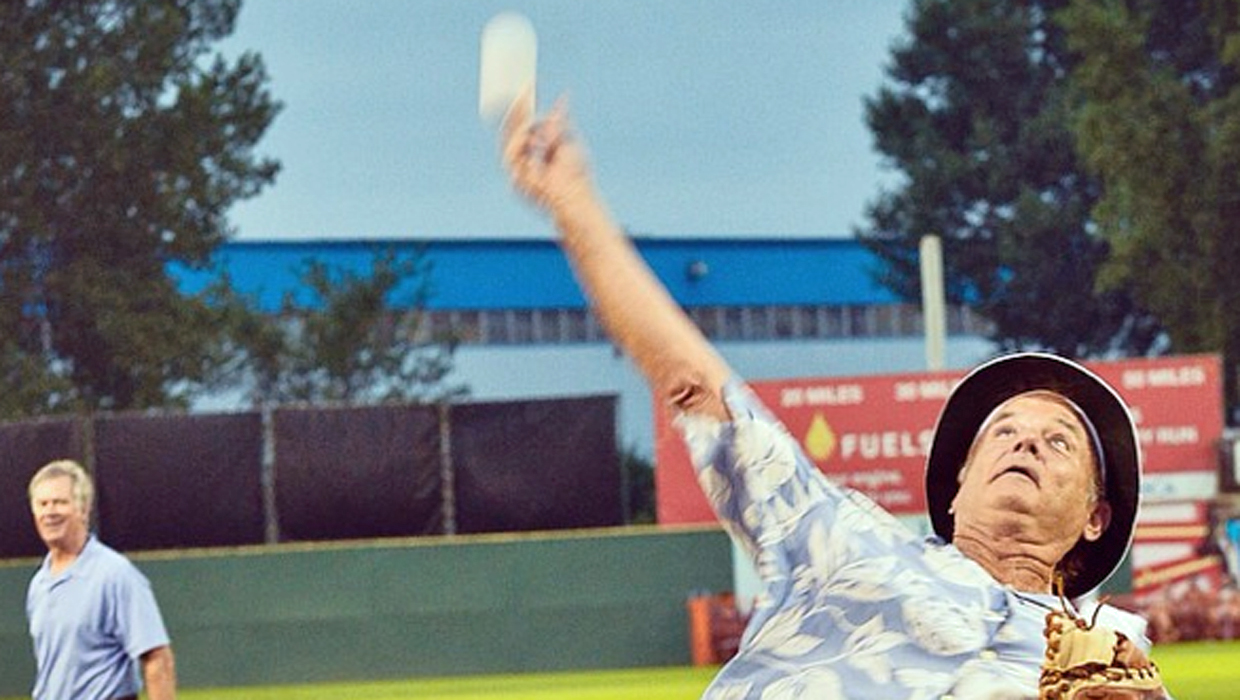 Bill Murray is at it again.

The "Grand Budapest Hotel" star has been making headlines lately for his zany off-screen antics.

Murray first crashed a bachelor party in May before photoboming a couple's engagement photo in June. Now, he's been playing ball with fans of the St. Paul Saints in Minnesota.

The 63-year-old actor owns a stake in the minor league team. He made an appearance Thursday as the players and fans said farewell to their soon-to-be-demolished Midway Stadium after 22 seasons. The team will be moving next season to a new stadium in downtown St. Paul.

To help mark the end of an era, Murray personally served as a ticket collector for arriving spectators before the game. Murray also caught the first pitch, though the ball didn't stay in his hands for long, as seen in one of the clips below.

In case you're wondering, the Saints went on to lose against the Winnipeg Goldeyes, 4-3.

Murray is next slated to star in the much-buzzed-about "St. Vincent" as well as the upcoming "Jungle Book" adaptation.