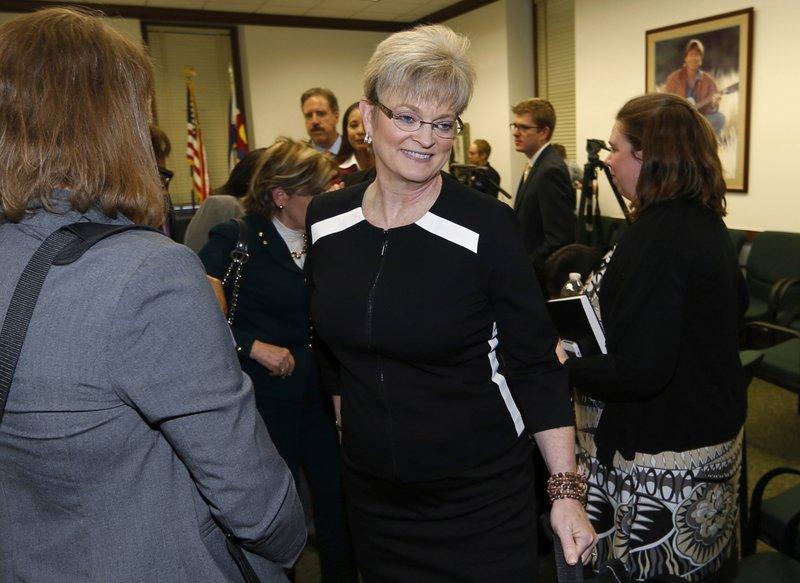 NORRISTOWN, Pa. -- Bill Cosby's retrial took a far more combative turn Tuesday than the first go-round, as his lawyers launched a scathing attack on his accuser and prosecutors put the first in a parade of women on the stand to portray the comedian as a sexual predator. Heidi Thomas, who was a 24-year-old aspiring actress in 1984 when she met Cosby in Reno, Nevada, testified the comic knocked her out with a potent glass of wine and forced her to perform oral sex.

Prosecutors have lined up five accusers in all to make the case that the TV star once revered as "America's Dad" made a habit of drugging and assaulting women well before he was charged with violating Andrea Constand at his suburban Philadelphia home in 2004.

Cosby's lawyer urged jurors to ignore the other accusers - calling them irrelevant to this case - but saved most of his fire for Constand, branding her a "con artist" who tried to frame the comedian for the money.

Tom Mesereau, delivering his opening statement a day after prosecutors took their turn, said Constand "hit the jackpot" when Cosby paid her $3.4 million over a decade ago to settle her lawsuit against him.

"What did she want from Bill Cosby?" Mesereau said. "You already know the answer: money, money and lots more money."

His attack on Constand was a striking departure from the more subdued tone that Cosby's previous lawyer took at the first trial, which ended in a hung jury last spring.

It was also a likely glimpse of what's to come when the former Temple University basketball administrator takes the stand to say Cosby made her woozy with pills and then penetrated her with his fingers.

Cosby, 80, is charged with three counts of aggravated indecent assault, each punishable by up to 10 years in prison.

As they began building their case against Cosby, prosecutors chose Thomas, now a Colorado music teacher, as their first substantive witness.

Thomas, who said her agent had arranged for Cosby to give her acting tips, told the jury that she took a sip of white wine that Cosby gave her as they rehearsed a scene in which she was portraying a drunken woman. Thomas said her next memory was waking up with Cosby forcing himself on her.

She said she remembered thinking she felt sick and wondering, "How did I get here?"

Thomas testified she blamed herself for what happened, thinking she must have said or done something that led Cosby to believe she would be open to his advances. She never told her agent or her parents about the alleged assault.

"I was pretty sure whatever I did was my fault," Thomas testified, adding: "I was just going to move on. And I did."

The defense is expected to probe inconsistencies in her account during cross-examination.

Earlier Tuesday, Mesereau told the jury that Constand was in deep financial trouble and set out to exploit her relationship with Cosby.

Constand stiffed roommates on utility bills, racked up big credit card bills and operated a Ponzi scheme while running women's basketball operations at Temple, where Cosby was an alumnus and trustee, Mesereau said.

He said Constand went to Cosby's home at least a half-dozen times and sneaked into bed with him at a Connecticut casino, winning his trust so she could set him up later, he said.

Constand outlined her scheme to a Temple colleague, Marguerite Jackson, Mesereau said. The defense plans to call Jackson as a witness, and Mesereau said she will testify that Constand mused about setting up a celebrity so she could sue and get money.

"A con artist is what you get, ladies and gentlemen of the jury," the defense attorney said. "A con artist. And we'll prove it."

Cosby's legal team at his first trial wasn't nearly as aggressive in attacking Constand, focusing instead on inconsistencies in her statements to police and arguing the pair had a romantic relationship. The jury that time was not permitted to hear about the settlement, nor was Jackson allowed to take the stand.

Under no such constraints this time, the defense let loose on Constand.

Mesereau also urged jurors to set aside any sympathy they might have for the #MeToo movement against sexual misconduct that has toppled Harvey Weinstein, Sen. Al Franken, Matt Lauer and other powerful men in recent months.

The comedian arrived at the courthouse Tuesday amid heightened security after a topless protester who appeared on several episodes of "The Cosby Show" as a child jumped a barricade on Monday and got within a few feet of Cosby as he entered the courthouse.

Cosby was surrounded by five sheriff's deputies as he walked inside Tuesday.

The Associated Press does not typically identify people who say they are victims of sexual assault unless they grant permission, which Constand and Thomas have done.