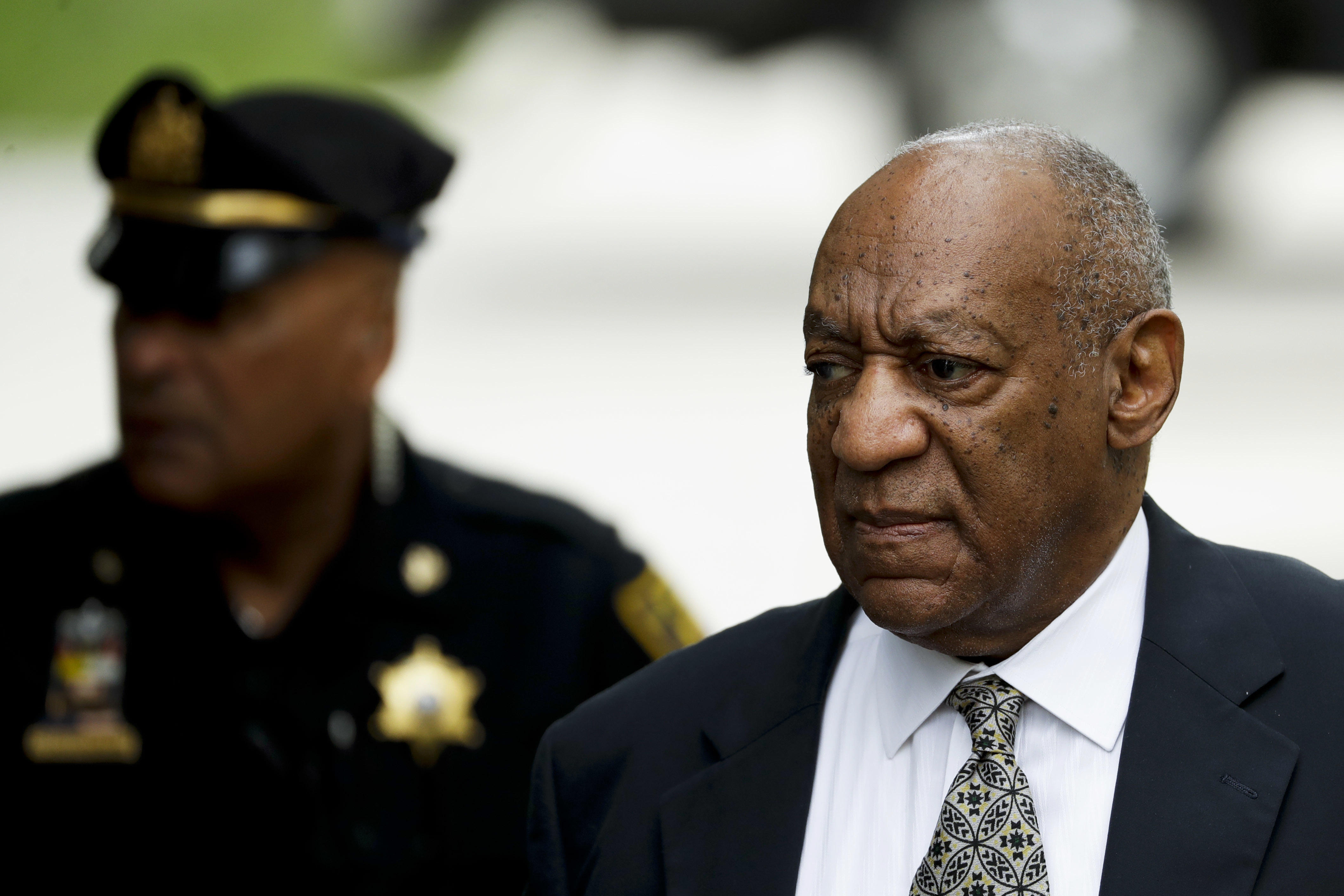 NORRISTOWN, Pa. - After 30 hours of deliberation in Bill Cosby's sexual assault trial, the jury announced late Thursday morning that they were deadlocked. The judge in the case told them to keep deliberating.

The sequestered jury has been deliberating since getting the case Monday, pausing a half-dozen times to revisit key evidence, including Cosby's decade-old admissions that he fondled Constand after giving her pills.

The 79-year-old star arrived at the courthouse Thursday morning for the start of yet another day of jury talks.

Judge Steven O'Neill has seemed vexed at times as the court staff struggled to answer the jury's requests. One batch of requested testimony hadn't even been transcribed yet.

When jurors asked to stop for the day Wednesday night, O'Neill was effusive with praise — encouraging their diligence as they weigh charges that could put the 79-year-old Cosby in prison for the rest of his life.

"This is an incredible jury that has just acted with incredible dignity and fidelity," O'Neill said. "I don't have any higher praise. You have taken your task so seriously."

Cosby is charged with three counts of aggravated indecent assault. Each carries a maximum 10-year prison term, though the counts could be merged at sentencing if he is convicted.

The case has already helped demolish his nice-guy reputation as America's Dad.

The 79-year-old entertainer did not take the stand at his trial, but prosecutors used his deposition testimony -- given in 2005 and 2006 as part of Constand's civil suit against him -- as evidence.

Cosby has wavered between stoic and smiling as he awaits his fate, but gave a brief thumbs-up as jurors listened to a court reporter reread his January 2005 police interview.

In it, he claimed Constand showed no ill effects from the 1 1/2 Benadryl pills he gave her to help her relax, and that she never objected to his behavior during the 2004 encounter at his suburban Philadelphia home.

Her mother, Gianna Constand, pulled a cloth from her pocket to wipe away tears Wednesday as she listened to the testimony. Some jurors closed their eyes and tilted their heads down as they listened to the police interview. One slunk down in his seat, looking angry.

Constand testified last week that she was paralyzed by the pills and unable to fight Cosby off.

Cosby used his power and fame to violate Constand, an employee of Temple University's basketball program, prosecutors argued during the trial. But Cosby's lawyers maintain Constand was a willing sexual partner, and say Constand told a "stone cold lie."

Defense lawyer Brian McMonagle attacked what he said were inconsistencies in Constand's story, disputed that Constand was incapacitated, and made the case that she and Cosby, who was married, had a romantic relationship. Constand has denied that.

Cosby's spokesman released a statement Tuesday from a Temple University employee who claimed Constand told her of a plan to falsely accuse a "high-profile person" of sexual assault so she could sue and get money. A judge blocked the employee, Marguerite Jackson, from testifying at the trial, ruling it would be hearsay. Constand's lawyer's blasted the Cosby camp for releasing the statement.

Constand said on the witness stand she didn't know Jackson.

As the jury weighed charges that could send the comedian to prison for the rest of his life, spokesman Andrew Wyatt said Tuesday Cosby "feels confident [the jury] is going to come back and make the right decision."

"Can you find 12 people who will agree? That's the question," said criminal lawyer Alan J. Tauber, who wasn't involved in the case.

The Associated Press does not typically identify people who say they are victims of sexual assault unless they grant permission, which Constand has done.