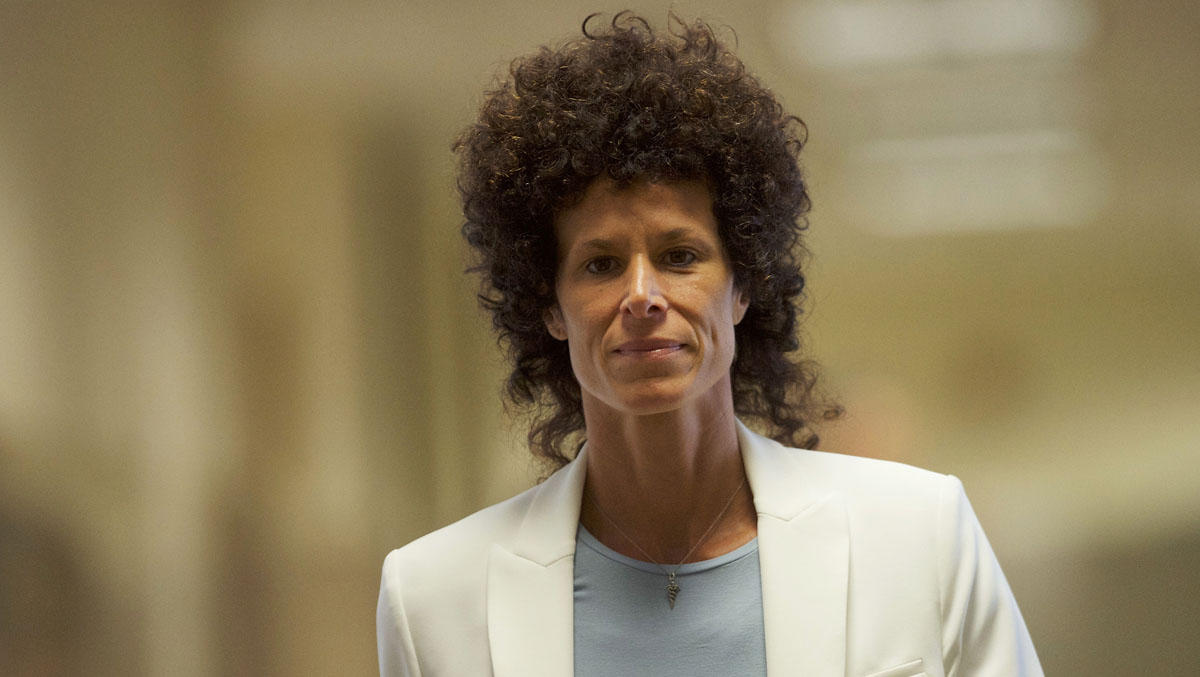 NORRISTOWN, Pa. -- Bill Cosby's spokesman has released a statement from a woman who says Andrea Constand told her of a plan to falsely accuse a "high-profile person" of sexual assault so she could sue and get money.

Andrew Wyatt read the statement from longtime Temple University official Marguerite Jackson on Tuesday as jurors deliberated charges that Cosby drugged and molested Constand at his Pennsylvania home in 2004.

A judge blocked Jackson from testifying at the trial, ruling it would be hearsay.

Jackson says Constand once told her she'd been drugged and sexually assaulted. She says the Temple basketball director immediately recanted, then said she could make a false accusation, win a lawsuit and use the money to go to school and open a business.

Constand said on the witness stand she didn't know Jackson.

Outside the courthouse, Constand's lawyers blasted the Cosby team Tuesday for releasing the statement from a woman who had been blocked from testifying at the trial.

Constand's lawyer, Dolores Troiani, told reporters that Jackson is "not telling the truth" and faulted Wyatt for circulating Jackson's statement while jurors were deliberating.

"You do not try your case on the courthouse steps," Troiani said. "The statement was not accurate. It is not correct, and I can see only one purpose for him coming here to do that, and that is to defame our client, and that is the goal of Mr. Cosby and his publicist."

As the jury weighs charges that could send the comedian to prison for the rest of his life, Wyatt said Cosby "feels confident [the jury] is going to come back and make the right decision."

The jury, sequestered for the duration of the trial and unaware of the back-and-forth outside, was keenly focused on what Cosby said about the pills he gave to Constand before their encounter.

Jurors reviewed more than a dozen passages from a deposition Cosby gave more than a decade ago, hearing excerpts on a wide range of topics, from Cosby's first meeting with Constand, now 44, to the night in 2004 she says he drugged and violated her.

As he described reaching into Constand's pants, Cosby testified, "I go into the area that is somewhere between permission and rejection. I am not stopped."

His lawyer has said they were lovers sharing a consensual sexual encounter.

The 79-year-old entertainer did not take the stand at his trial, but prosecutors used his deposition testimony -- given in 2005 and 2006 as part of Constand's civil suit against him -- as evidence.

As they pored over Cosby's words, the jurors appeared to struggle with some language in one of the charges against him: "without her knowledge." The jury asked about the phrasing Tuesday morning, but Judge Steven O'Neill said he could not define it for them.

The jury is considering three counts of felony aggravated indecent assault. The third count covers Cosby's alleged use of pills to impair Constand before groping her breast and genitals.

For the second time in their deliberations, jurors also asked to revisit a portion of the deposition in which the comedian talked about giving Constand "three friends."

"She sat with her back to the kitchen wall," Cosby said. "And there was talk of tension, yes, about relaxation and Andrea trying to learn to relax the shoulders, the head, et cetera. And I went upstairs and I went into my pack and I broke one whole one and brought a half down and told her to take it."

"Your friends," Cosby said he told her. "I have three friends for you to make you relax."

Cosby later told police the pills were Benadryl, an over-the-counter cold and allergy medicine. Constand said they made her dazed and groggy, and unable to say no or fight back when Cosby went inside her pants.

The defense insisted Constand was a willing partner and said she hid the fact that the two had had a romantic relationship when she went to police a year after the alleged assault. Cosby, his lawyer said, never ran from talking to police, for better or worse.

"He never shuts up," lawyer Brian McMonagle said of his client in closing arguments Monday.

Nonetheless, the comedian whose storytelling artistry fueled a $400 million fortune went quiet when he had the chance to take the stand. The sole witness for the defense was the detective who led the 2005 investigation, Richard Schaffer, who previously took the stand during the prosecution's case. He was questioned for six minutes.

Constand testified for more than seven hours last week, denying there was any romance between them and telling jurors she had rebuffed his advances before the assault.

Authorities declined to charge Cosby when she first came forward in 2005, but a new district attorney reopened the case in 2015 after Cosby's deposition was unsealed at the request of The Associated Press.

The defense had tried repeatedly since Cosby's Dec. 30, 2015, arrest to have the case shut down, saying the charges were filed too late and the accusers were after money. They also complained that prosecutors improperly struck blacks from the jury chosen in Pittsburgh.

Cosby faces up to 10 years in prison on each of the three counts, but they could be merged for sentencing purposes.