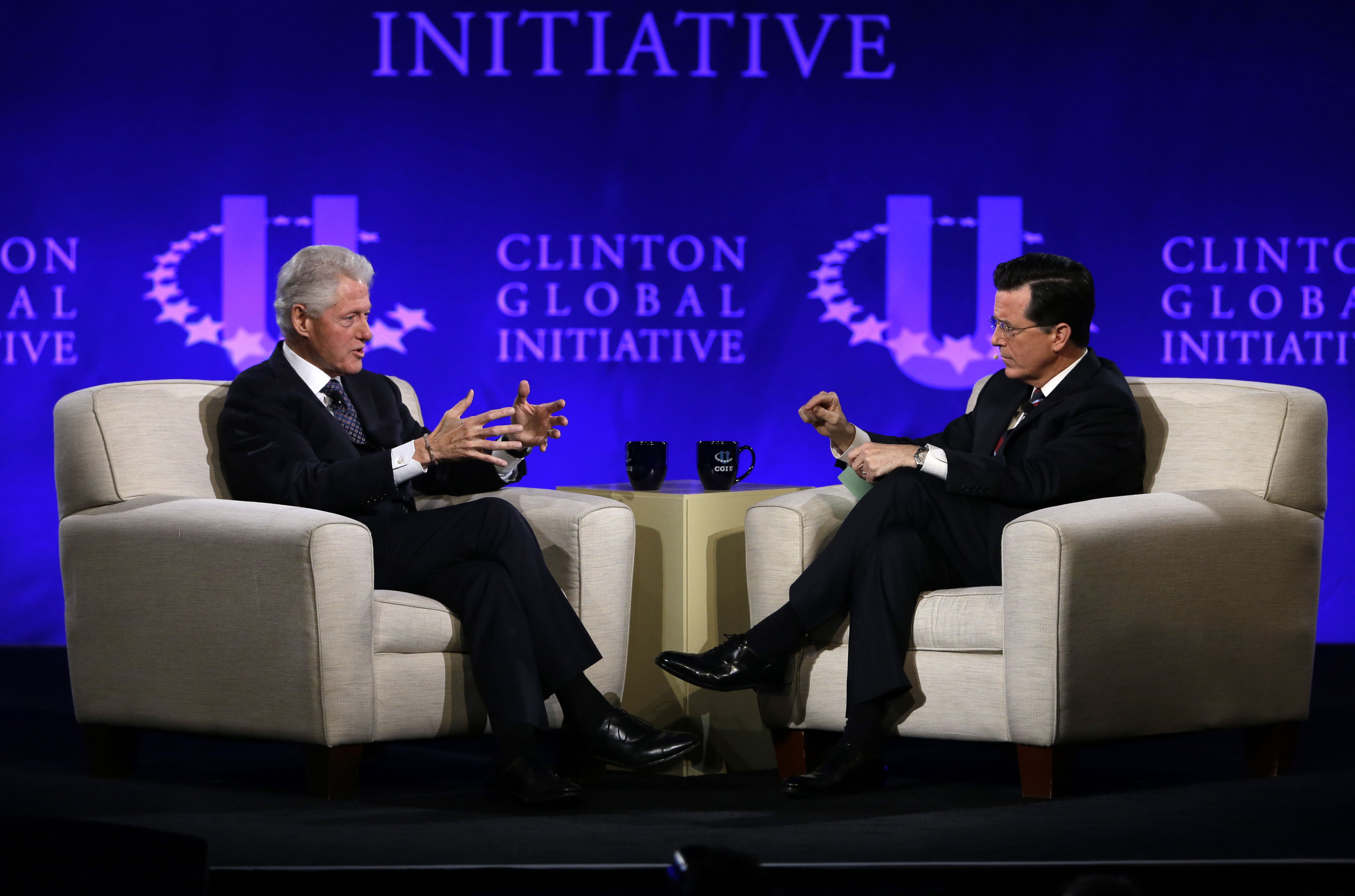 But despite the success of the initiative, which, according to its website, has secured commitments valued at more than $73.1 billion, Clinton wants everyone to know that his post-presidential work is "totally selfish."

"I do it because I'm good at it, and I'm not good enough to play golf on the senior tour, and I don't play my saxophone as much as I used to...and it makes me happy," Clinton explained at a meeting of the Clinton Global Initiative University (CGIU) during an interview with comedian Stephen Colbert that was broadcast Monday night on Colbert's show on Comedy Central.

"I do it because, I think, after the life I've been given by the American people, I'd be kind of a slug if I didn't do it," he added.

But, in an increasingly globalized world, Clinton said, the distinction between a selfish act and selfless act may be moot.

"We live in an interdependent world," he said, explaining that global growth means American growth, and vice versa. "Every time you cut off somebody else's opportunities, you shrink your own horizons."

"We should be fixing America," he added, "But you can't just stop the world, get off, and then get back on when you're good and ready."

The former president maintained that he has been as busy with his foundation as he was during his presidency, prompting Colbert to ask whether the American people could have their money back.

Clinton laughed, explaining, "When you're president, you have more power, but you're also subject to daily events...You can have a bigger impact in a narrower field when you leave, and that's important."

Clinton admitted, "When I started the CGI, I had no earthly idea if it would succeed or fail."

"You're asking people to pay money to come to NYC at the opening of the UN when the traffic is terrible to sit and talk with other earnest do-gooders...and actually promise to do something that will either cost them more money or more time and knowing that if they don't try to keep their commitment they won't be invited back next year," he said. "It seemed like a fool's errand, but I thought people were tired of going to meetings and just talking and wanted to do something; and it turns out a fair number were."

Clinton also briefly unpacked the rapid rise of social media, saying, "I do Facebook," but explaining that he has thus far avoided Twitter because he is "insecure."

"Like, what if you tweet and nobody tweets back?" he asked. "There's nothing worse than a friendless tweeter, right? You're just wandering around in cyberspace."

Colbert offered to give Clinton a hand, creating a Twitter account - @PrezBillyJeff - and even sending Clinton's inaugural tweet on the former president's behalf: "Just spent an amazing time with Colbert. Is he sane? He is cool! #cgiu"