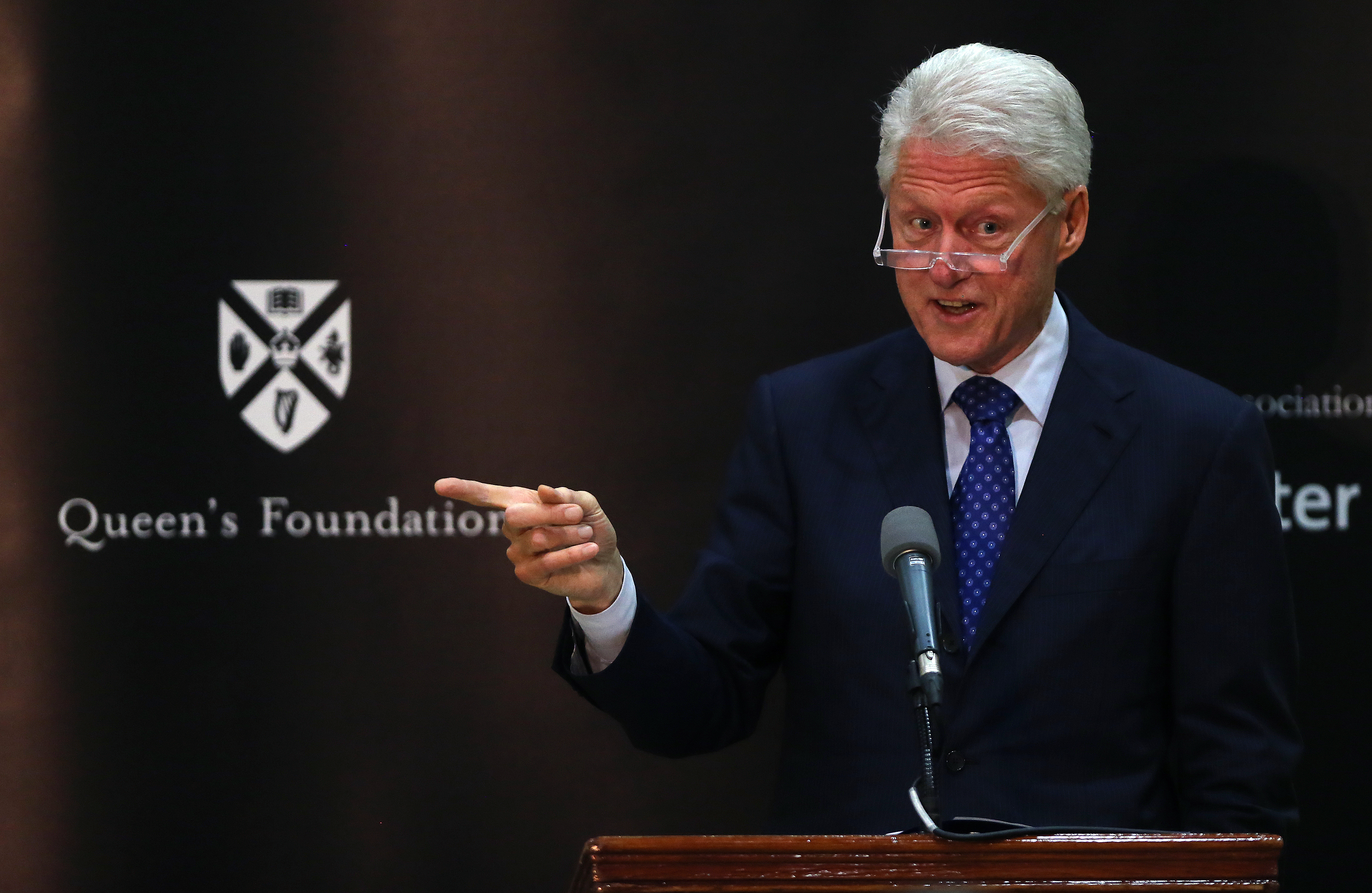 Former President Bill Clinton never saw evidence of aliens when he sat in the White House, he said Wednesday, but he wouldn't be surprised if they show up some day.

During an appearance on "Jimmy Kimmel Live," Mr. Clinton was asked whether he had any inside knowledge about extraterrestrial life, and he said he'd ordered a review of records from Area 51 and Roswell -- two sites scrutinized by alien conspiracy theorists -- when he was in office.

"First I had people go look at the records for Area 51 to make sure there was no alien down there," he said, "and people thought that because everybody who works there has to stop about an hour away and put on special clothing and then drive in and out, and that's because a lot of our stealth technology is made there."

"But there are no aliens there," he said.

A similar review of the records from Roswell turned up nothing, Mr. Clinton said, but that doesn't mean we're alone in the universe.

"We know now we live in an ever expanding universe," he explained. "We know there are billions of stars and planets literally out there, and the universe is getting bigger. We know from our fancy telescopes that just in the last two years more than 20 planets have been identified outside our solar system that seem to be far enough away from their suns -- and dense enough -- that they might be able to support some form of life."

"So it makes it increasing less likely that we're alone," he said.

"Oh, you're trying to give me a hint that there are aliens!" Kimmel exclaimed.

"No, I'm trying to tell you I don't know," Mr. Clinton insisted. "But if we were visited some day, I wouldn't be surprised. I just hope that it's not like 'Independence Day,' the movie -- that it's, you know, a conflict."

Still, Clinton said, a battle with aliens "may be the only way to unite this incredibly divided world of ours."

"Think of how all the differences among the people on earth would seem small if we felt threatened by a space invader," he said.

The former president, whose effort to pass his own health care plan failed during his first term, praised Obamacare's potential positive effects on Americans' salaries, days after President Obama announced that 7.1 million Americans enrolled by the March 31 deadline.

"This is going to have huge, positive economic benefits if we just stay with it and keep working at it," Clinton said.