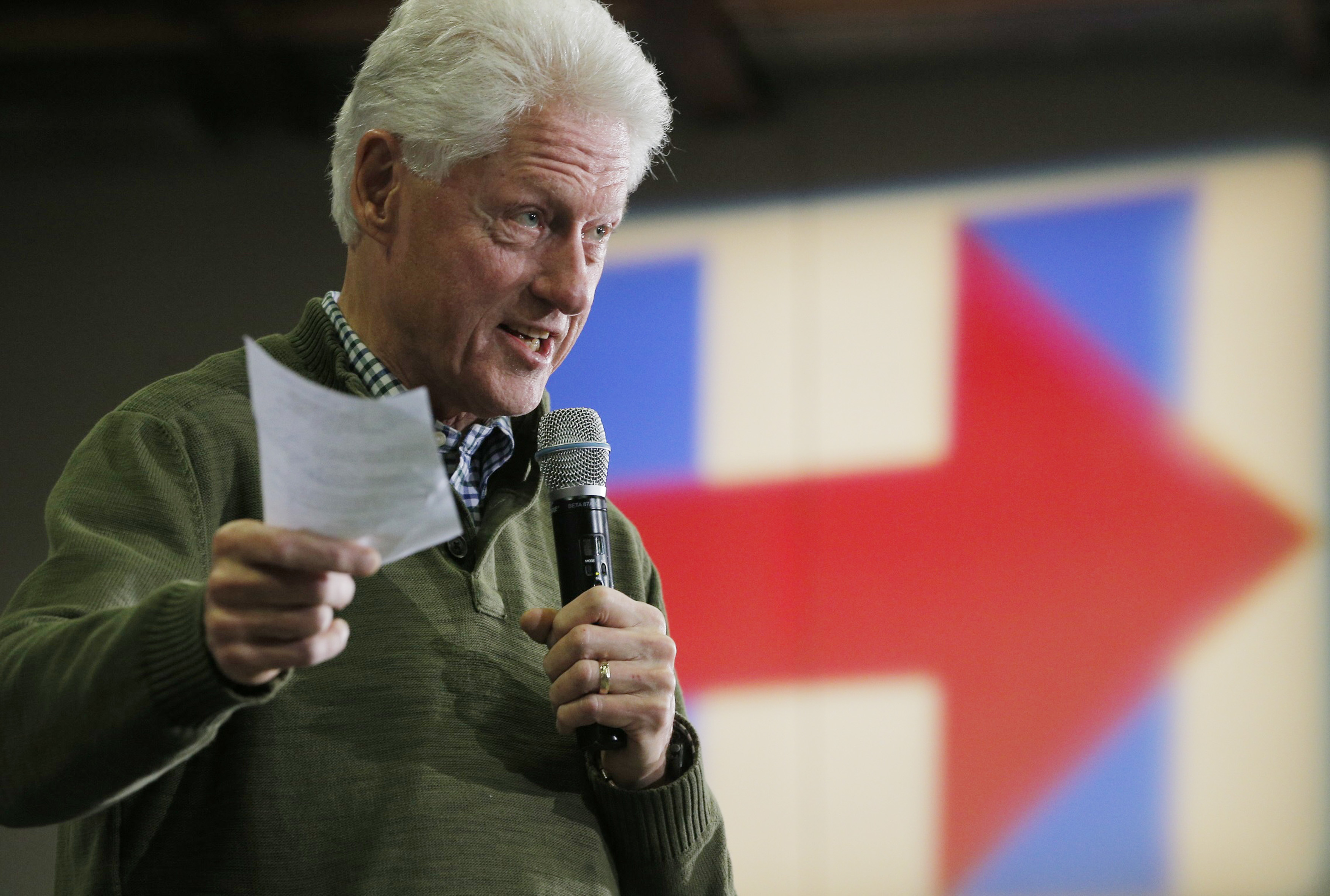 During the second half of the former president's speech, protesters erupted, yelling about sentencing and welfare reform, according to reports.

"Here's the thing, I like protesters. But the ones who won't let you answer are afraid of the truth," said Clinton, who then defended the 1994 crime bill that Congress passed and he signed while in office.

The former president said his wife was the first candidate in the 2016 race to say "Let's get these people who did non-violent offenses out of prison."

One protester's sign said "black youth are not super predators," and Clinton then appeared to respond to that.

"I don't know how you would characterize the gang leaders who got 13-year-old kids hopped up on crack, sent them out onto the street to murder other African-American children," Clinton said. "Maybe you thought they were good citizens, she didn't. She didn't. You are defending the people who kill the lives you say matter. Tell the truth. You are defending the people who cause young people to go out and take guns."

The protester's sign referred to comments Hillary Clinton made in a 1996 speech on crime legislation that at-risk youth were "superpredators." She has since walked back those remarks.

His comments provoked some backlash and criticism on social media, including from Bernie Sanders' campaign spokeswoman.

Black Lives Matters protesters have occasionally interrupted campaign events of presidential candidates on both sides of the aisle.

During the Philadelphia event Thursday, the former president also called his wife "the best qualified" for president, which comes after Bernie Sanders said Wednesday that he doesn't think the former secretary of state and U.S. senator is qualified for the job.