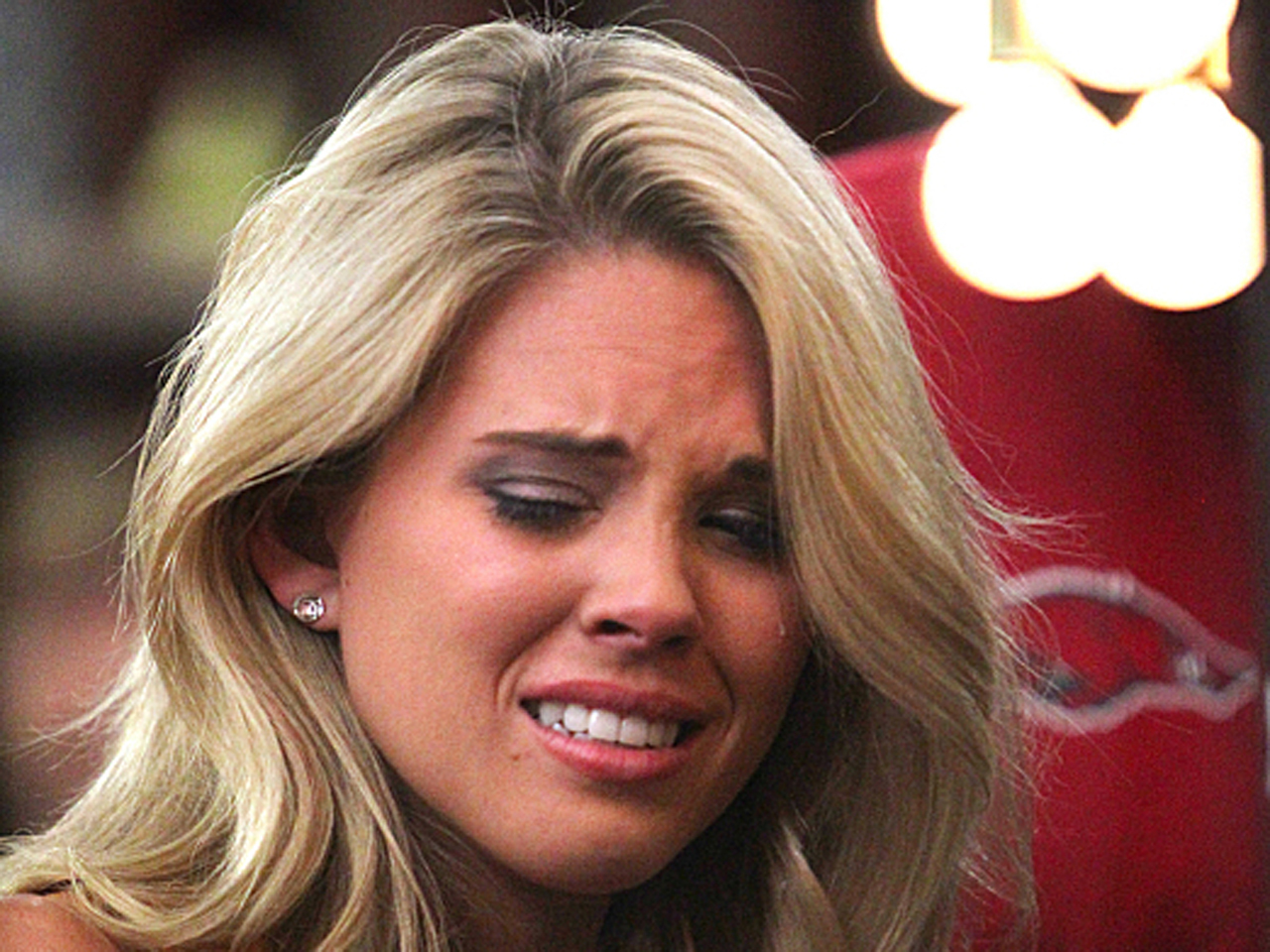 Some of the controversial comments made by season 15 "Big Brother" contestants about race and sexual orientation were aired during Sunday's episode of the CBS reality competition series.

The decision to include the incendiary remarks on Sunday night's broadcast came after several blogs posted about the bigoted comments heard on the "Big Brother" 24-hour livestream.

The remarks were aired when this week's HoH (Head of Household) Aaryn sought vengeance against those who evicted her ally David last week. Several of the houseguests called the 22-year-old's past behavior into question.

The episode then segued over to a montage of some of Aaryn's inflammatory statements, including when she said houseguest Helen (who is of Asian descent) should go "make some rice" and other comments targeting Andy, who is gay, and Candice, who is black.

"Does [Aaryn] not know we're on TV and you shouldn't say stuff like that?" Judd, a 26-year-old Tennessee native, wonders at one point during the episode.

Although several other houseguests have also allegedly made derogatory comments regarding race, gender and sexual orientation, Sunday's episode focused mostly on Aaryn's remarks.

"Even when these comments are made in fun, they still hurt and are disrespectful," Howard said, "Especially when the person isn't there to hear it and back themselves up."

Sunday's episode could have big repercussions for the rest of this season, which features a new twist as viewers at home can vote for the house MVPeach week and protect houseguests from getting evicted.

Aaryn has already faced financial blowback from her remarks. On Wednesday, modeling agency Zephyr Talent released her from her contract and Bella Petite editor-in-chief Ann Lauren announced that Aaryn would no longer be featured in the fashion magazine or its promotions.

And she's not the only one dealing with the repercussions of her behavior. Houseguest GinaMarie was also fired on Wednesday from her position at East Coast USA Pageant, Inc. after working there for five years. Railroad worker Spencer was also criticized by his employer for his previous remarks on the "Big Brother" livestream.

The next installment of "Big Brother" will air Wednesday at 8 p.m. ET on CBS.

Tell us: Do you think the houseguests who've made bigoted comments deserve early eviction notices? Or should they be kept on the show?