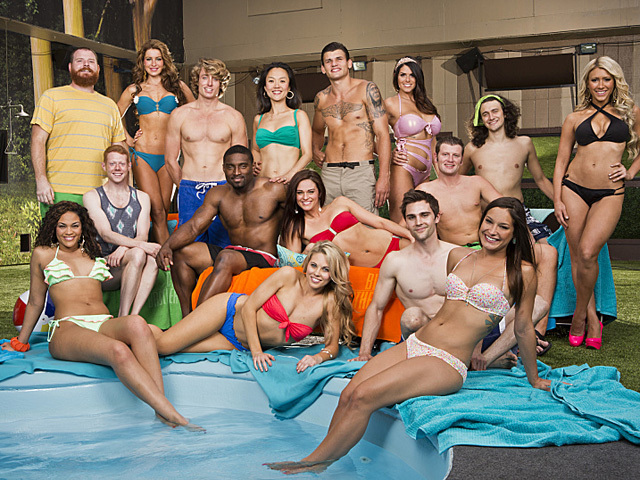 "Big Brother" is back.

Sixteen houseguests moved in during Wednesday night's season 15 premiere, to begin a summer of scheming and competing for a $500,000 prize.

This season, two new twists are in play -- three people will be up for eviction each week instead of the usual two, and fans can now vote for a weekly "Big Brother MVP."

And, as host Julie Chen revealed Wednesday, the MVP (the houseguest fans think is playing the best game) will get to pick the third nominee for eviction - and will be told he/she is the MVP in secret, so they can make their pick anonymously.

McCrae becomes this season's first Head of Household (HOH) after hanging onto a rotating cloth "popsicle" for the longest. During the challenge, it's revealed that the competitors still left have a change to get a "Never Not" pass, meaning they won't be a Have Not all season. Jeremy ends up snagging that prize.

Alliances are already starting to form and Jeremy is in the middle of two of them. One alliance is him, Howard and Spencer, while the other is him, David and Jessie -- but Jeremy wants both of these alliances to remain secret. Kaitlin, meanwhile, wants to form a "gaymance" with Andy.

And there was one other surprise -- houseguest Elisa is the sister of previous "Big Brother" competitor Rachel Reilly. She doesn't reveal this, but the other houseguests eventually figure it out.

Tell us: What did you think of the "Big Brother" premiere?