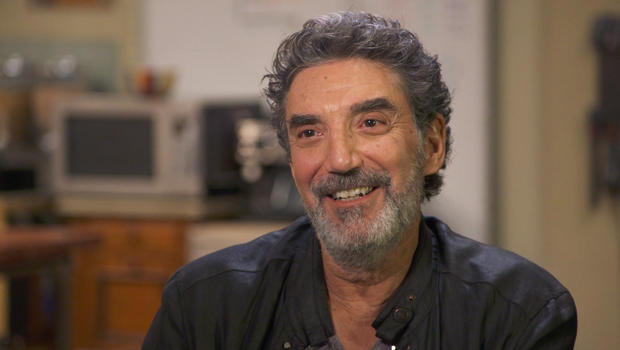 Saying farewell to the hit CBS sitcom "The Big Bang Theory" is going to be "heartbreaking," show creator and executive producer Chuck Lorre tells Tony Dokoupil in an interview for CBS' "Sunday Morning" to be broadcast November 4.

Lorre is one of the most successful and prolific producers in television and the force behind such hit shows as "Cybill," "Grace Under Fire," "Two and A Half Men," "Mom," "Young Sheldon," and "The Big Bang Theory," the most-watched series on television today. That show will end in the spring after completing its 12th season.

"This is gonna be heartbreaking, when we're done," Lorre said.

Lorre mines humor from the concept of aging: "It's an amazing thing because internally (I'm speaking for myself) you're still this 14-year-old looking out of this old face. You walk past a window, a store window, and you go, 'Oh, who… ? Oh!' It's startling!"

Lorre talks with Dokoupil about his career, his childhood on Long Island, how he got into writing for television, and his reputation for being quick to anger, Lorre says it was something that emerged out of fear – his own fear of failure, of not making a living.

"But fear for me exhibits as anger," Lorre said. "'Cause I'm not gonna show you fear. I'm gonna show you anger because that's just how I grew up. And that's what you present to the world. And that maybe becomes your reputation."

Dokoupil also talks with Michael Douglas, who tells him it is Lorre's unique perspective and life history that made him want to work with the producer on "The Kominsky Method."

Douglas says he was in awe of Lorre: "I love humor, it's not my natural affinity. So for me, I thought, here's an opportunity to work with the best."