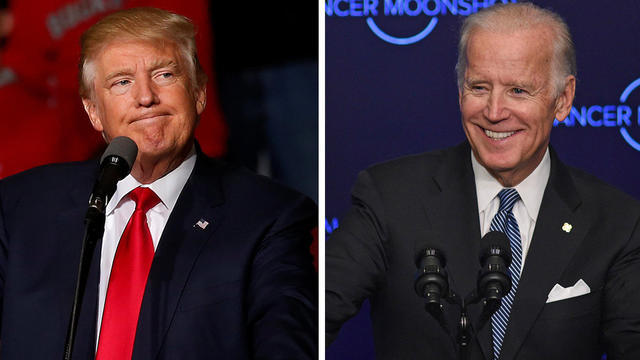 Former Vice President Joe Biden regrets saying he'd "beat the hell" out of President Donald Trump if they were in high school for how he treats women.

In a "Pod Save America" interview released Wednesday, the Democrat said "I shouldn't have said what I said."

At a University of Miami rally against sexual assault last week, Biden cited lewd comments that Republican candidate Trump made in a 2005 "Access Hollywood" tape about grabbing women without their permission.

The 75-year-old made similar comments in the closing days of the 2016 campaign.

Mr. Trump quickly fired back, saying the former vice president "would go down fast and hard, crying all the way."

Mr. Trump tweeted: "Crazy Joe Biden is trying to act like a tough guy. Actually, he is weak, both mentally and physically, and yet he threatens me, for the second time, with physical assault. He doesn't know me, but he would go down fast and hard, crying all the way. Don't threaten people Joe!"

Biden said he should not have brought it up again. He said "I don't want to get down in the mosh pit with this guy."Biden says he regrets saying he'd fight Trump