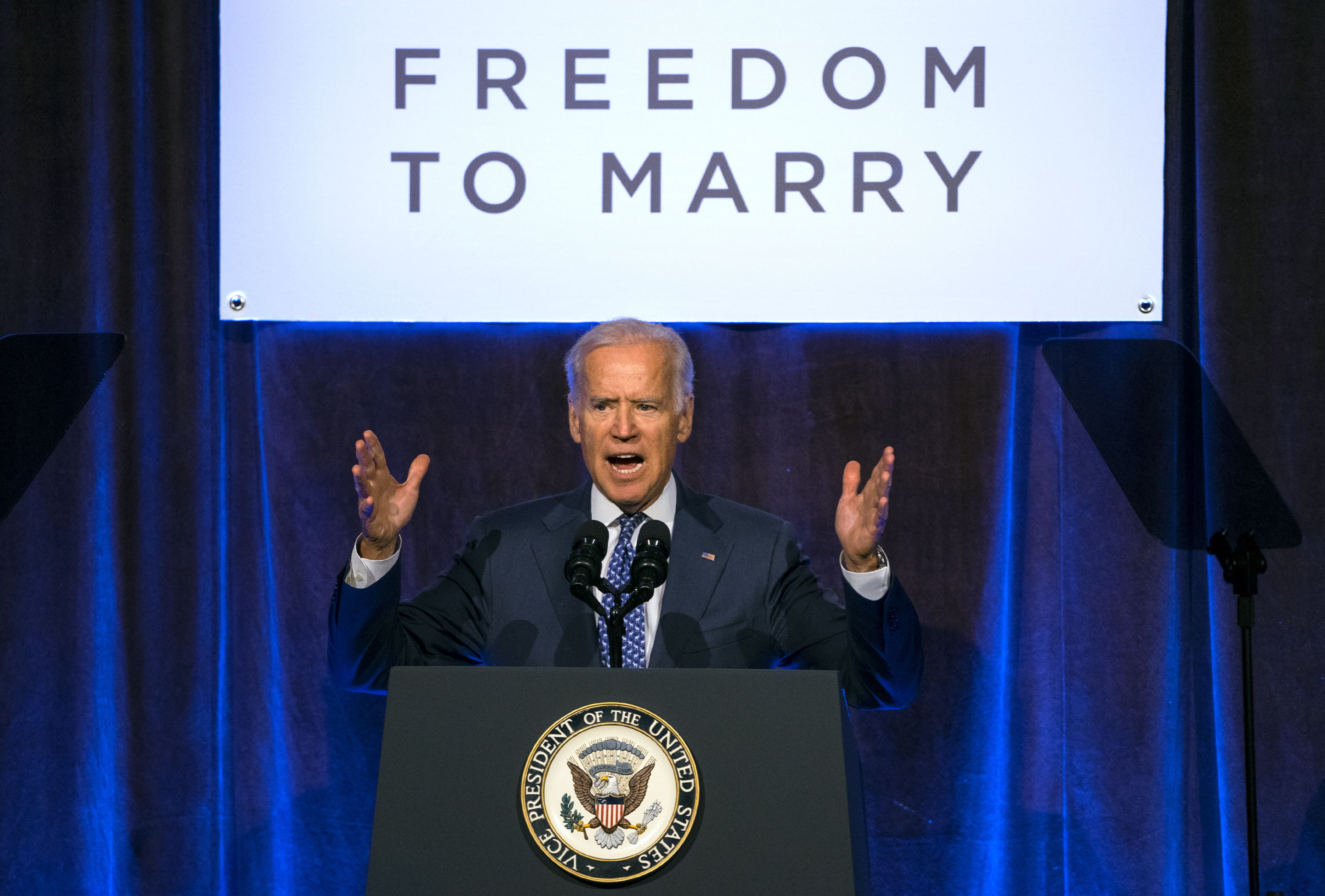 Biden spoke at an event in Manhattan hosted by Freedom to Marry, a New York-based organization. He praised the Supreme Court's recent ruling that same-sex couples have a right to marry anywhere in the United States, and said federal officials will continue to fight for the rights of the lesbian, gay, bisexual and transgender community.

Biden said he has been thanked across the country for his work on LGBT issues, but told the assembled audience Thursday, "You don't owe me or Valerie (Jarrett) or the president any thanks. We owe you."

"I really do think it is an incredible job you all have done," Biden told the crowd. "This has been a heroic battle."

He said members of the lesbian, gay, bisexual and transgender community had their "love constrained by social stigma and discriminatory laws," but praised their heroism: "You came out and stood up. You risked a great deal."

"In my view, the court's decision was inevitable," he said. "So many remained silent for fear of being ostracized. You set them free." He called the equal right to marry as "consequential as Brown vs. the Board."

He told several hundred other elected officials, community leaders, advocates and celebrities that more needs to be done to inform Americans that LGBT people can be fired from their jobs in 32 states because of their sexual orientation.

He said he believes people in those states would protest if they realized that is the law.

"We have to raise the issue up," he said. "Once people realize, this will end as well."

Biden ended his remarks by telling the crowd about being wowed by "two things" while attending the Women's World Cup in Vancouver on Saturday: the women's athleticism and watching Abby Wambach, a two-time Olympic gold medalist and 2012 FIFA Player of the Year, give her wife a kiss.