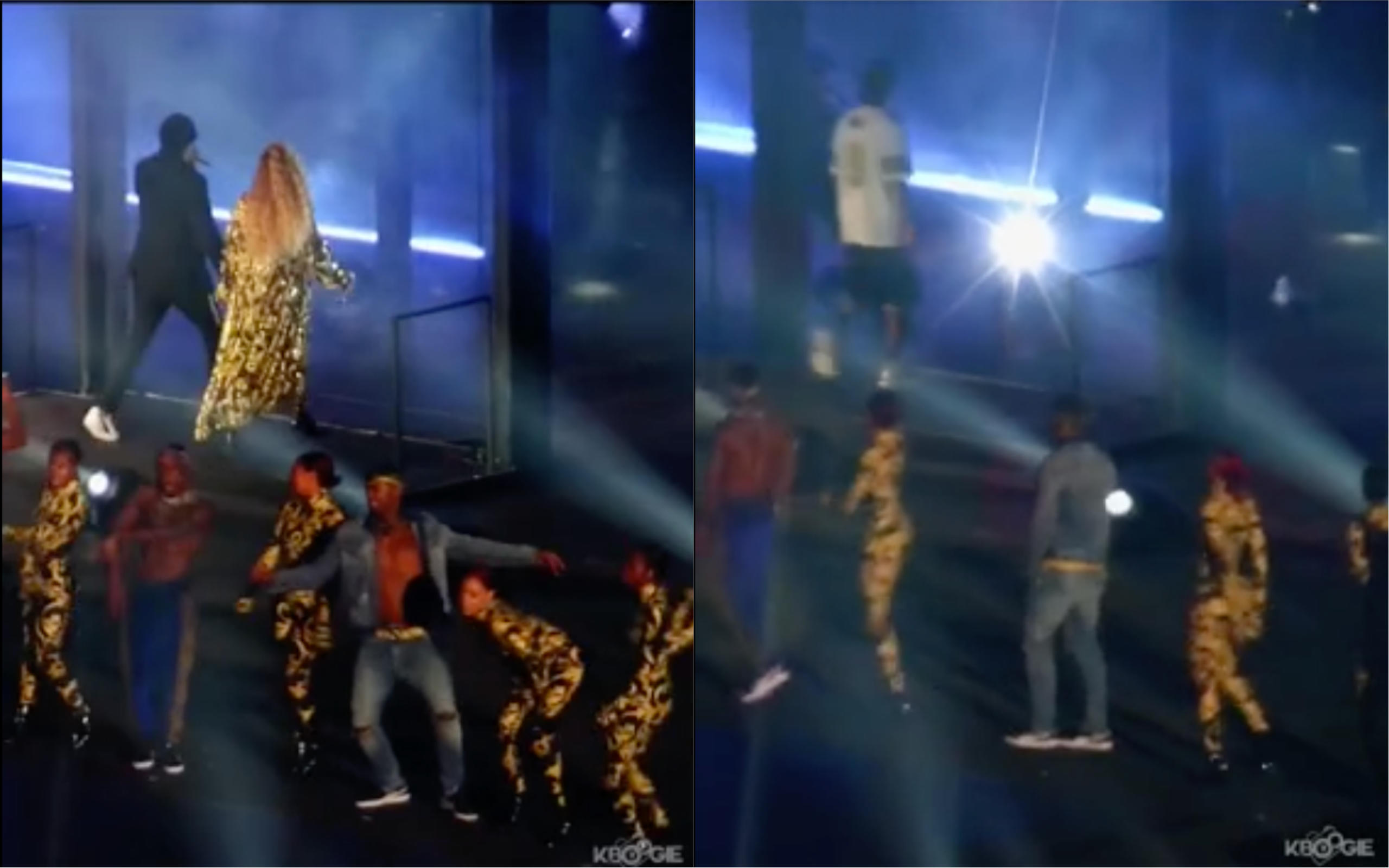 When Beyoncé and Jay-Z named their concert "On the Run II" they probably didn't think fans would take it seriously and actually make a run for the stage. But on Saturday night, one fan at the couple's Atlanta concert attempted to do just that. The man attempted to rush the stage and made a beeline towards the stars when their backs were turned to the audience.

Video shows 26-year-old Anthony Charles Thomas Maxwell charging after Beyoncé and Jay-Z as they walk to the back of the stage during the last song of the concert. Atlanta Police Officer Lisa Bender told The Associated Press that Maxwell made contact with Jay-Z and was quickly stopped by security and backup dancers.

The video shows dancers immediately stop what they're doing when they realize an unauthorized person was running on stage. Several dancers ran after Maxwell to try to stop him.

Officer Bender says Maxwell was initially issued a citation for disorderly conduct and released, but police have added a charge of simple battery. Maxwell was treated for minor injuries, and Bender says there were no other injuries.